After enduring a tough time with its A400M tactical transport, Airbus Defence & Space appears poised to secure its first new export order for the Atlas.

"The tide has turned now, with the [partner] nations using the aircraft in operational and humanitarian relief missions," says Fernando Alonso, the company's head of military aircraft.

"Now is the right time to go for export," he told FlightGlobal at the Royal International Air Tattoo on 13 July. "We have some export campaigns active: one of them is very active, and I think that in the next months we can probably sign a first contract."

Alonso will not identify the potential buyer, but the programme's strongest recent signal of interest came in March, when Jakarta's state-owned Indonesia Trading Company announced plans to acquire two A400Ms to ferry goods around the nation. The aircraft would be operated by Indonesian air force pilots, it said. 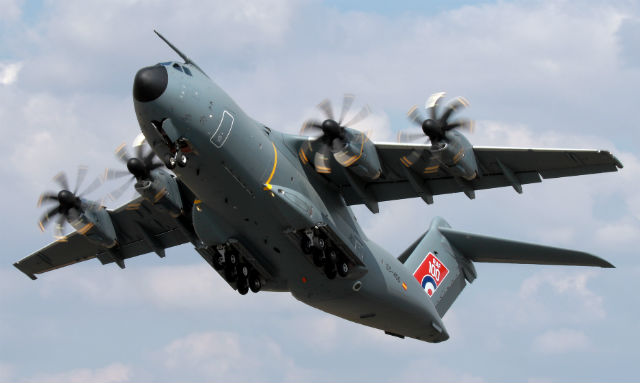 The Atlas was developed for European partners Belgium, France, Germany, Luxembourg, Spain, Turkey and the UK, which will take a combined 170 examples. Airbus's only other success with the type so far has been with Malaysia, which has received four of the airlifters.

"The aeroplane deserves to be exported, there is a need for the aeroplane, and now is the time to go for it," says Alonso, who notes that the company is receiving "very good support from the nations" in supporting its marketing efforts.

Airbus in early March announced an agreement with its A400M launch customers to slow output from 19 deliveries last year to producing eight per year from 2020. In addition to enabling it to stabilise the programme while completing development work on advanced capabilities, it said the step would safeguard production until 2030 and enable it to "pursue export opportunities".