Airline passengers who land at Changi airport in a window seat will observe the crowded seas off the city state's coast. Here one sees countless ships at anchor. Farther west Singapore's container port is among the busiest in the world. The United Nations Conference on Trade and Development (UNCTAD) estimates that a third of global shipping traverses the South China Sea and the Straits of Malacca. China's implacable claims in the South China Sea, simmering territorial disputes, and the likelihood of vast oil reserves under the Spratly Islands will yet again see fixed-wing maritime patrol aircraft (MPA) and anti-submarine warfare (ASW) capabilities as key themes as this year's Singapore Airshow.

For full coverage during the Singapore air show, visit our event page

While helicopters are well-suited for MPA, ASW and search and rescue (SAR) work, fixed-wing assets offer distinct advantages, such as payload, range, speed and coverage area. They can also be deployed across large regions at relatively short notice. These are important considerations for nations such as Indonesia, with more than 13,000 islands spread across a geography as wide as the United States, the Philippines, with more than 7,000 islands, and Malaysia, with two large land masses separated by the South China Sea.

All that said, the main reason fixed-wing MPA/ASW will feature at the show – as they did in 2016 – is the dubious state of Southeast Asian capability in this vital arena. Flight Fleets Analyzer shows that the nine militaries in the Association of Southeast Asian Nations (ASEAN) possess just 73 fixed-wing aircraft of various capabilities earmarked for the MPA/ASW mission – and the operational status of a good portion of these aircraft is open to question. Despite the growing submarine threat in the region, few of these aircraft are capable of actually finding – let alone prosecuting – submerged submarines. 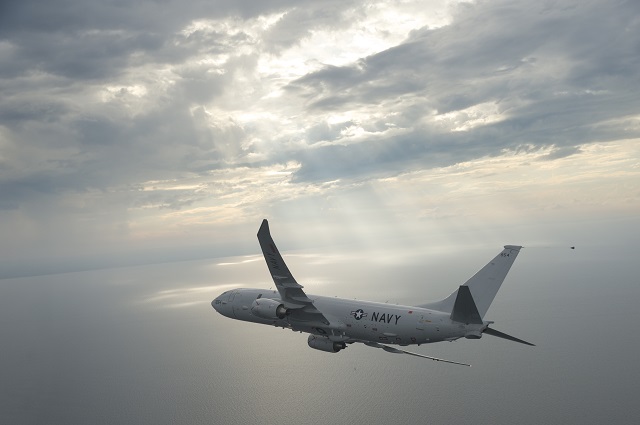 Gary Shand is director of sales & marketing at Saab, which is actively promoting its Swordfish capability in the region. He gives several reasons for a growing regional emphasis on MPA capabilities. "The region is seeing a significant rise in the number of submarines being operated and procured, with a senior naval officer noting recently that over 120 submarines are expected to be operational in the region by year 2020.

"Submarines by their nature will always be a powerful asymmetrical force that can tip the balance of power in a conflict and thus need to be located, tracked, identified and if required attacked," he adds. "Second, the area has some of the densest shipping traffic in the world, which passes through several very narrow choke points. The safe flow of passengers, goods and utilities is essential for countries to function and flourish. Connected to this is the last point, piracy, where Southeast Asia has the highest number of recent global incidents at 129 (West Africa is next with 95)."

"There are complex littoral regions with challenging bathymetrical and sound velocity profiles, as well as high ambient noise due to shipping. Deep water conditions mean that the very, very best acoustic systems with littoral optimisation and high detection capabilities are needed."

Murphy says the company's track data fusion engine, combined with a powerful maritime radar that tracks and fuses all contacts, can help. "When the fleeting opportunity to detect a [submarine] mast comes, it is seized upon by the system and operator."

Just spotting the mast of a diesel electric submarine is enough. An ASW expert recently told FlightGlobal that a "mission kill" can be obtained merely by disabling a submarine's snorkel with an anti-tank missile, such as Lockheed Martin's AGM-114 Hellfire or similar weapon. While this would not necessarily sink the submarine, it would eliminate the vessels ability to re-charge its batteries, as this can only be done while travelling on the surface.

FlightGlobal's World Air Forces directory indicates that Indonesia has the largest fleet of MPAs with 45 aircraft. Of these, 28 are GAF Nomads. While listed as in service, these have reportedly been phased out. The mainstays of the fleet are five modern Airbus Defence & Space CN-235 MPAs.

Revealingly, when Jakarta's first CN-235 entered service in 2013, Purnomo Yusgiantoro, the defence minister at the time, said the country needed 33 NC-212s and 21 CN235s in order "to fully control its territory".

Indonesia's air force also possesses what are arguably the most exotic Boeing 737s in the world: three 737-2X9 Surveillers. These are equipped with Motorola's AN/APS-135V Side Looking Airborne Multi-Mission Radar (SLAMMR) in housings on the upper rear fuselage. The AN/APS-135V, which has its origins in the 1950s, can reportedly locate small vessels more than 100nm away. The average age of these aircraft is 35 years and their serviceability is open to question, with their last major upgrade in the early 1990s. They lack the weapons and datalinks consistent with a modern MPA mission, but offer a transport capability with 102 passenger seats. 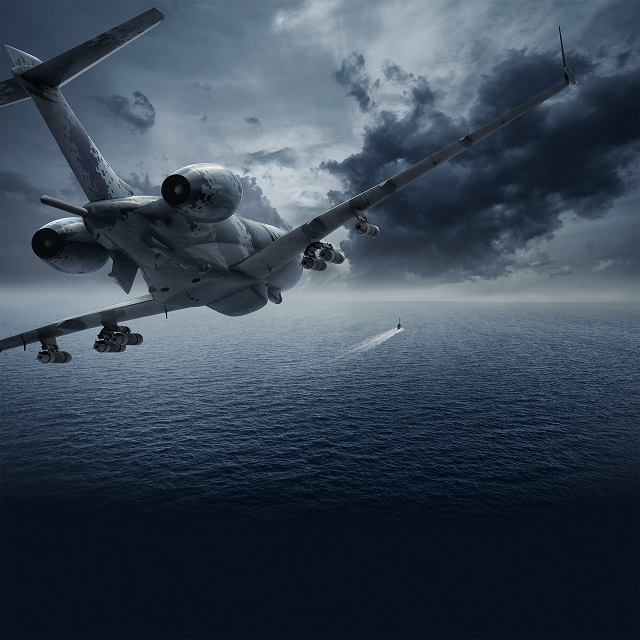 Singapore, acutely aware of its reliance on seaborne trade, has five Fokker 50 MPA Enforcer Mk 2 aircraft, which also have an ASW capability. These aircraft are 23.5 years old, and Singapore is believed to be looking for a replacement. The Boeing P-8A Poseidon is mooted as a possibility, but other purveyors of MPA and special missions capabilities had a high profile at the 2015 Singapore Air Show to create awareness around other platforms.

Malaysia is perhaps most in need of a stronger MPA capability. It has just three Hawker Beechcraft King Air B200Ts equipped in an MPA configuration – a fourth was lost in a crash in December 2016. These are supplemented by a single 37-year-old Lockheed Martin C-130H. Kuala Lumpur's maritime enforcement agency operates a pair of Bombardier CL-415 amphibians.

Kuala Lumpur appears to be taking the issue more seriously. In November 2017, state news agency Bernama reported that the Royal Malaysian Air Force had set up a team to evaluate MPAs. This follows a provision for the acquisition four aircraft in the government's 2018 budget. The report, quoting air force chief Affendi Buang, adds that the participation of local industry will be a key factor.

Sources have previously told FlightGlobal that Kuala Lumpur has two needs: the first for a long-range, militarised MPA mission to be conducted with a larger aircraft; and for a shorter-range mission closer to shore, which would be operated by parapublic bodies.

Defence contractors see these capability gaps as opportunities. Boeing touts the P-8A Poseidon as the benchmark for the high-end MPA/ASW mission, and points out that the 737-based type is operated by two of the world's pre-eminent maritime powers: the United States and Australia. India also operates a variant of the Poseidon designated P-8I Neptune. For a while Boeing pushed an unarmed MPA concept known as the Maritime Surveillance Aircraft (MSA). To be based on the P-8A mission system, the MSA never won orders.

In mid-2017, Airbus Defence & Space conducted a two-week demonstration tour in the Asia-Pacific with its C295 maritime surveillance aircraft. In March 2017, Leonardo used the Langkawi International Maritime and Aerospace (LIMA) show for the public debut of the ATR 72MP, which is now in service with Italy.

Saab's Swordfish MPA, meanwhile, would be based on the Bombardier Global 6000 airframe. Though the aircraft has yet to be developed, Saab stressed that it would be a capable, affordable system.

"We put huge on emphasis on Swordfish being a capability, not just an aircraft," says Shand. "It is about designing a system that marries platform and sensor performance, smartly integrated to ensure a cutting-edge capability. Sensors and equipment are becoming smaller, weigh less, require less electrical and cooling yet have more processing power."

With automation, he continues, the number of operators can be reduced, while operational output can be increased.

For full coverage during the Singapore air show, visit our event page