ANALYSIS: Key challenges in the race to develop hybrid-electric aircraft

But UTC’s silence is over. A new P&W white paper – released exclusively to FlightGlobal – opens a window into a wide-ranging effort over several years to meet the military’s demand for more-electric and all-electric aircraft. 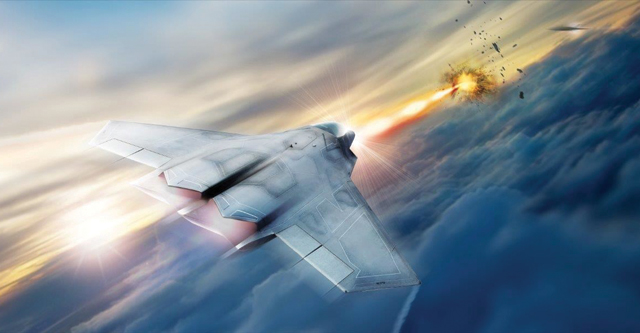 “Research efforts in electrification of aircraft are likely to drive innovation that could have broad impacts across aviation,” P&W says. UTC’s divisions “are closely tracking trends in more electric and hybrid electric propulsion and power, and also working in key areas that we believe will be important”.

The most modern US military aircraft already generate and consume vast amounts of electric power on board. Electric charge is used to power increasingly sophisticated sensors, such as active electronically scanned array radars. Electric power serves as a back-up for powering the control surfaces of the Lockheed Martin F-35. And electricity is looked upon as a propulsion option for small UAS and large experimental drone projects, such as the XV-24A.

But US military officials already envision a future fleet of combat aircraft with even greater needs for onboard power. A new class of directed energy weapons, including lasers and high-power microwaves, is emerging as an option for the next generation of manned tactical fighters. So suppliers have to find new and creative waves to generate, store and distribute ever-escalating amounts of electricity, while managing unwelcome by-products such as waste heat.

Meanwhile, the same requirements are pushing existing technology up against the stubborn limits of the laws of physics. Certain phenomena – including the Corona effect which turns air surrounding high-power cables into conductive plasma – threaten to stop the development of highly electrified aircraft from reaching the normal cruising altitudes of today’s jet-powered aircraft. To overcome these and other obstacles to progress, industrial players’ such as UTC’s three-headed internal team made of P&W’s engine expertise, UTC’s electric power expertise and UTRC’s capacity for experimental innovation have made up long-term plans.

Aircraft propulsion and aircraft power systems are often overlapping capabilities in the supply chain. In UTC’s portfolio, UTAS already supplies the 1.4MW onboard power system for the Boeing 787, which uses electricity instead of hydraulics and pneumatics to pressurise the cabin and prevent ice from forming on the wing’s leading edge. That electricity is generated by feeding compressed air from the engine to an accessory gearbox, which drives four variable-frequency starter generators, with an auxiliary power unit on stand-by.

For military purposes, that is just the start. “Additional power will be needed as aircraft become more electrified,” P&W says.

In GE’s recent white paper, the company revealed a nearly two-year-old project that demonstrated an ability to generate 1MW of electric power from a single fighter engine – the F110 – while continuing to produce thrust. To achieve that feat, the company couldn’t take power solely off the high-pressure turbine module. In what appeared to be an industry first, GE also extracted 750kW of power from the low pressure turbine.

If the ground demonstration could be replicated in flight, it would be a breakthrough. While the high-pressure turbine is used to generate 250kW to serve a fighter’s normal electric needs, the surplus 750kW from the low pressure turbine could be used to supply power for lasers, high energy weapons and powerful new radars.

But P&W’s newly released white paper reveals that GE is not the only company pursuing such a capability. In an undated, joint demonstration with UTAS, P&W successfully extracted electric power from the low pressure turbine of a mid-sized business jet engine, a market segment that describes the thrust range of the PW500 and PW600 engine families.

“The programme established performance and operability trends on a typical high bypass turbofan engine for low spool power extraction at sea level and high altitude operation,” P&W writes in the white paper. “Testing demonstrated the capability to produce significantly (~4X) more electrical power than possible from the high pressure spool alone, with no impact to engine operability and minimal impact to engine performance and fuel consumption.”

Meanwhile, UTC’s business units are also working on solving other problems posed by higher electrification in aircraft. As power generation needs to escalate, so does the requirement to store power in a primary or back-up device such as a battery or storage module. State-of-the-art lithium ion batteries fall short of the energy density needed to serve in this role, so the industry is experimenting with alternatives. 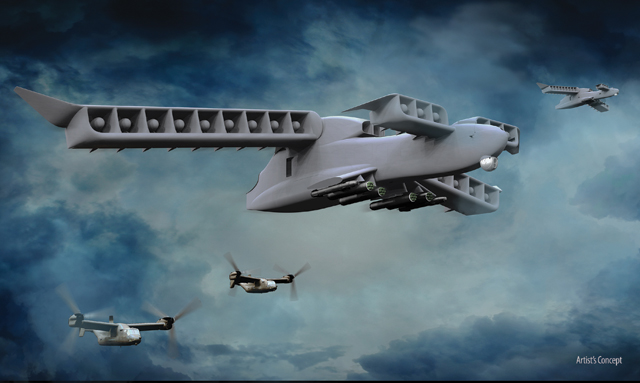 The Lightning Strike's electric propulsion system is a challenge

The white paper says: “The UTC team performed requirements definition, trade studies, technology surveys, and design, leading to fabrication and test of a HESM laboratory demonstrator. A prototype HESM was delivered to AFRL for testing at the end of the current effort, and plans are under way for additional development.”

Finding ways to more efficiently store huge amounts of energy on an aircraft is only one of the challenges confronting the industry. By definition, a megawatt-sized generator that operates with 95% efficiency loses 50kW – 5% of its power – to, principally, heat. This will drive the industry to find new ways of managing the heat which can overwhelm electrical components.

To generate megawatts of power on the ground is relatively simple. There are few constraints on the size and weight of generators, inverters, batteries and cables. One of GE’s research goals is to develop a power inverter that can handle megawatts of electricity, yet weigh a fraction of similar ground-based devices despite harsher conditions and still provide better reliability.

The biggest obstacle remains the Corona effect. This occurs with power cables charged with extreme voltages at high altitudes. Those conditions mean the air around the cable becomes a conductive plasma, creating the conditions for a dangerous short circuit. Modern aircraft routinely fly at altitudes above 30,000ft where the Corona effect becomes most pronounced. Hybrid electric vehicles will need megawatt powers, meaning they will need to distribute the power from the generator to the motor along cables carrying hundreds of thousands of watts. No solution to the problem yet exists, but lightweight insulation materials may be promising.