Bell Helicopter has joined the fuselage to the tilting wings and fixed nacelles of the V-280 Valor more than a year in advanced of a scheduled fly-off for the US Army.

For the next year, Bell’s development will concentrate on the fly-by-wire flight controls for the V-280, now in development inside a laboratory in Fort Worth, Texas.

The closed-loop ground test rig integrates the hydraulically-powered control surfaces with the flight control computers and the inputs made by the pilot’s control stick.

In November, Bell also plans to install inside the V-280 the gearboxes and engines, the GE Aviation T64-GE-419. 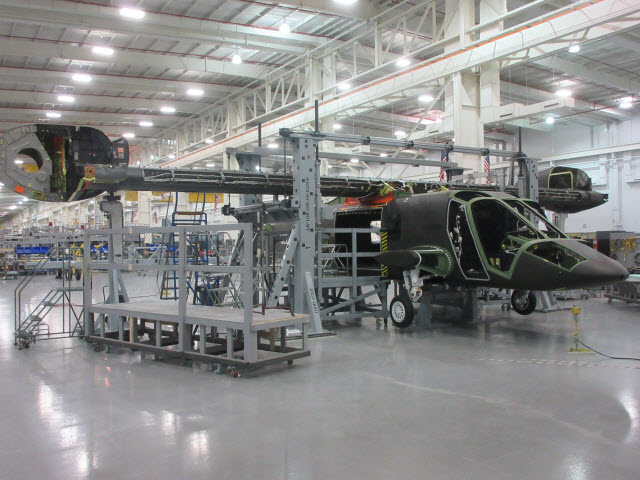 The third-generation tiltrotor is in development for the US Army’s joint multi-role technology demonstration (JMR-TD). Sikorsky and Boeing are co-developing the SB-1 Defiant, using a coaxial rigid-rotor for lift and a pusher propeller for thrust, for the same programme.

The V-280 is designed to fly at speeds up to 280kt, succeeding the Bell Boeing V-22 Osprey with an advanced tiltrotor system.