Diamond Aircraft returns to Farnborough with a trio of aircraft in tow, and a new Chinese owner keen to emphasise its long-term commitment to the general aviation aircraft manufacturer.

The Diamond Group – which includes Austria-based Diamond Aircraft Industries and powerplant specialist Austro Engines, as well as its Canadian arm, Diamond Aircraft – was acquired in December 2017 by Wanfeng Aviation.

The company is building its strategic vision for the venture, with an emphasis on high customer service levels, product development, global expansion and fleet growth. 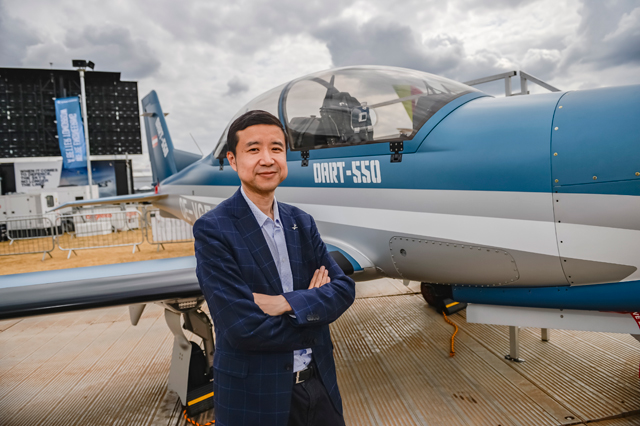 "We didn’t just buy Diamond as an investment opportunity," says the airframer’s new chief executive, Frank Zhang. "We are here for the long term, with a goal to be the leading brand and producer of fixed-wing, piston-engined types in the world.”

Diamond’s appearance at Farnborough comes two months after the maiden flight of its Dart 550 aerobatic trainer, which is making its debut on the static alongside the multi-mission DA42MPP and DA42-VI piston-twins. 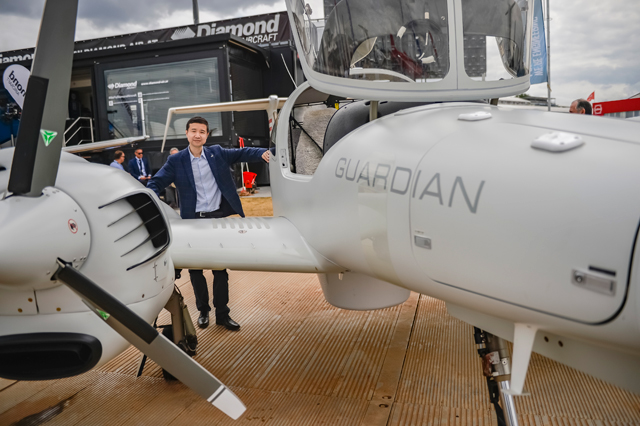