Russian Helicopters has finally flown its new medium-class Kamov Ka-62, with the first prototype of the twin Turbomeca Ardiden 3G-powered rotorcraft taking to the skies on 28 April.

The manufacturer says the initial hovering flight “was completed successfully” but does not detail the duration of the sortie or the altitude reached.

It intends to use the flight-test prototype to evaluate its overall performance, power supply systems and avionics, it says. 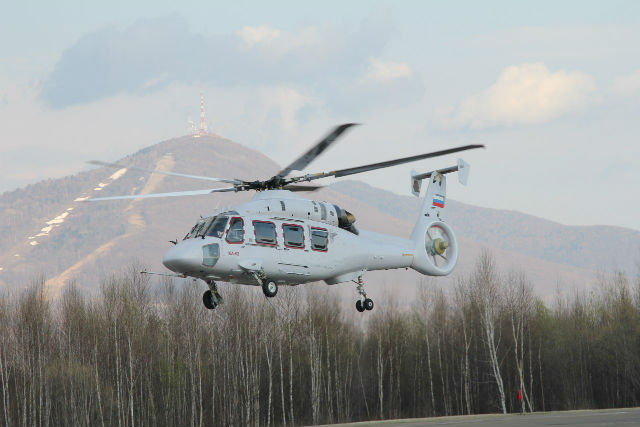 First flight of the Ka-62 has been repeatedly delayed, with the milestone having initially been targeted for August 2013.

Russian Helicopters has so far taken orders for 12 examples of the 6.5t helicopter from two customers.

No timeline for certification has been released, although Turbomeca says it plans to achieve validation of the Ardiden 3G this year.