INSIGHT FROM FLIGHTGLOBAL: World air forces on the rise

A modest rise in the global military aircraft fleet over the year belies global tensions, from the middle east to the disputed territory in Asia, which could drive procurement programmes.

If global instability is indeed the “new normal”, then the last 12 months brought more of the same, with major conflicts having continued to involve military air arms in the skies above nations including Afghanistan, Iraq, Syria and Yemen.

One of the hottest topics for the coming year will be to measure reality against the campaign promises of US President-elect Donald Trump, who will take the keys to the White House in January. His administration’s foreign policy stance, such as its willingness to remain involved in conflicts in the Middle East – plus his posture towards the likes of China and Russia – could drive procurement decisions, for example on the pace of the production ramp-up for the Lockheed Martin F-35. 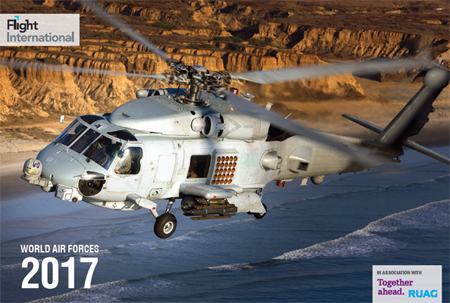