Airbus insists the maiden flight of its A330-800 will be conducted “in the near future”, after the aircraft emerged with its engines installed.

The aircraft – the smaller of the two A330neo family members – was painted in the airframer’s house colours in February this year, without its Rolls-Royce Trent 7000 engines fitted. 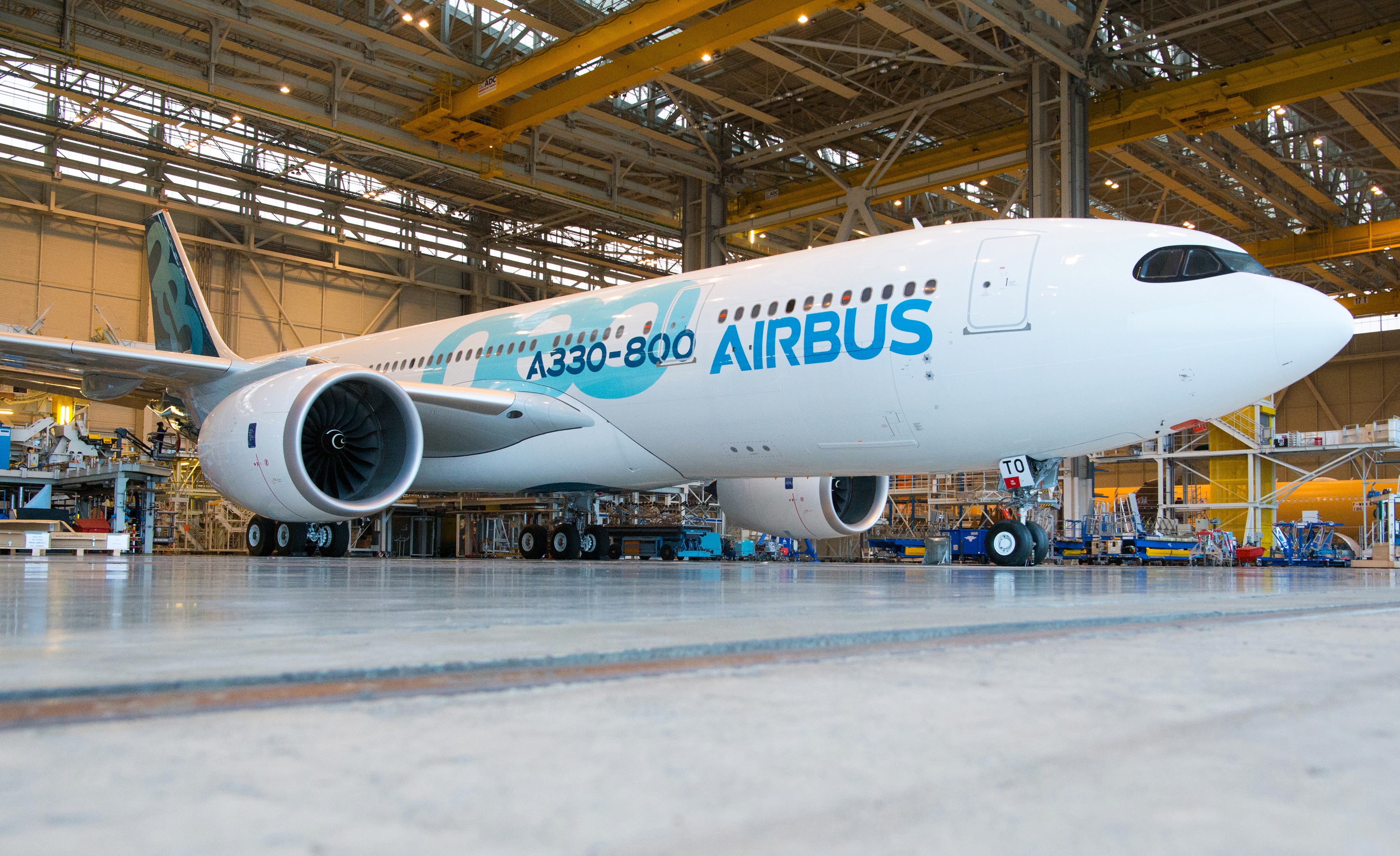 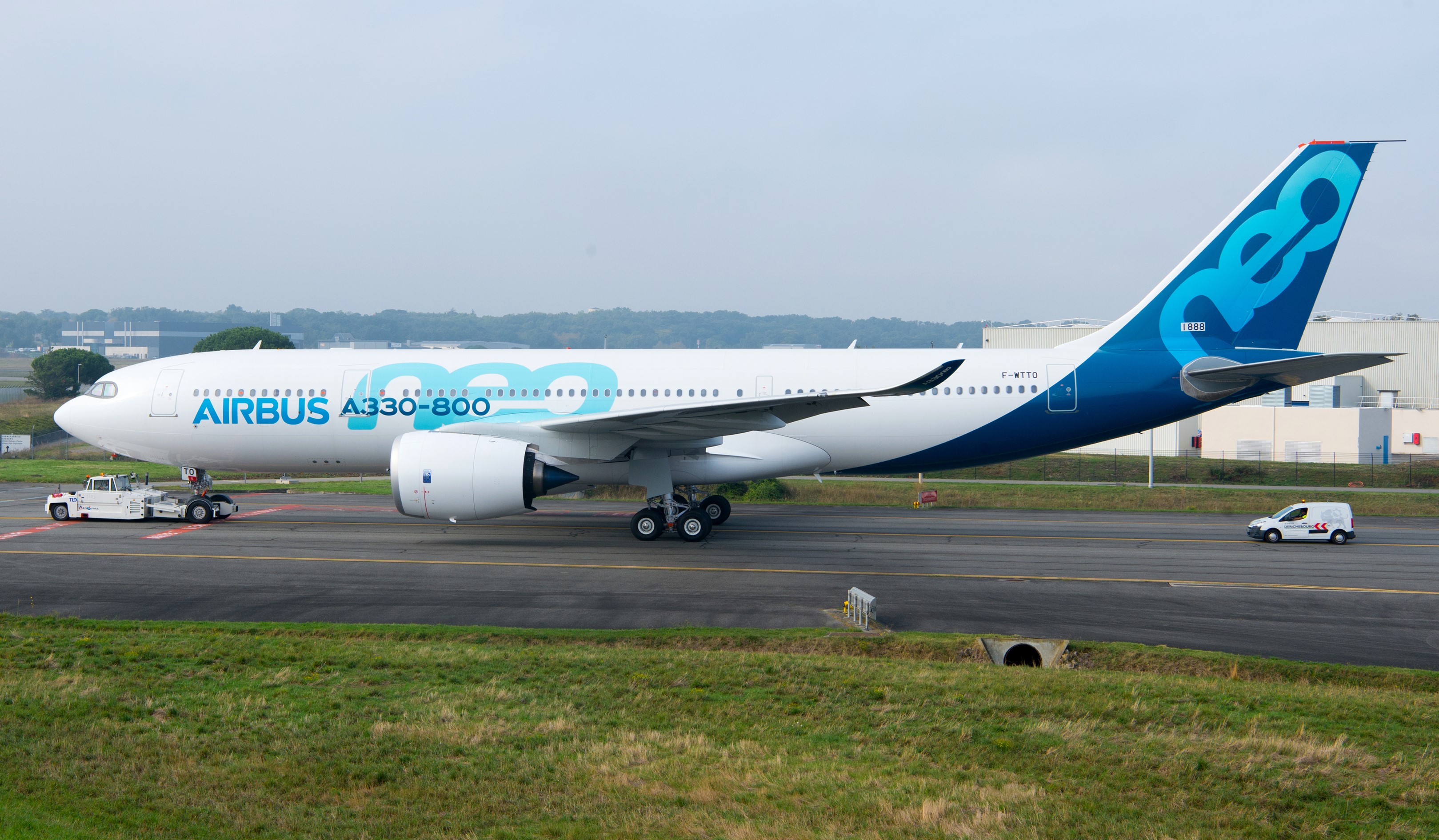 Airbus has been focused on certifying the larger A330-900, which is awaiting delivery to TAP Portugal following European Aviation Safety Agency approval.

The airframer says it has yet to firm a date for the -800’s first flight. Its initial test aircraft, MSN1888, is registered F-WTTO.

Airbus gives a standard seating capacity of 257 for the twinjet, slightly higher than that for the A330-200 on which the re-engined airframe is based. 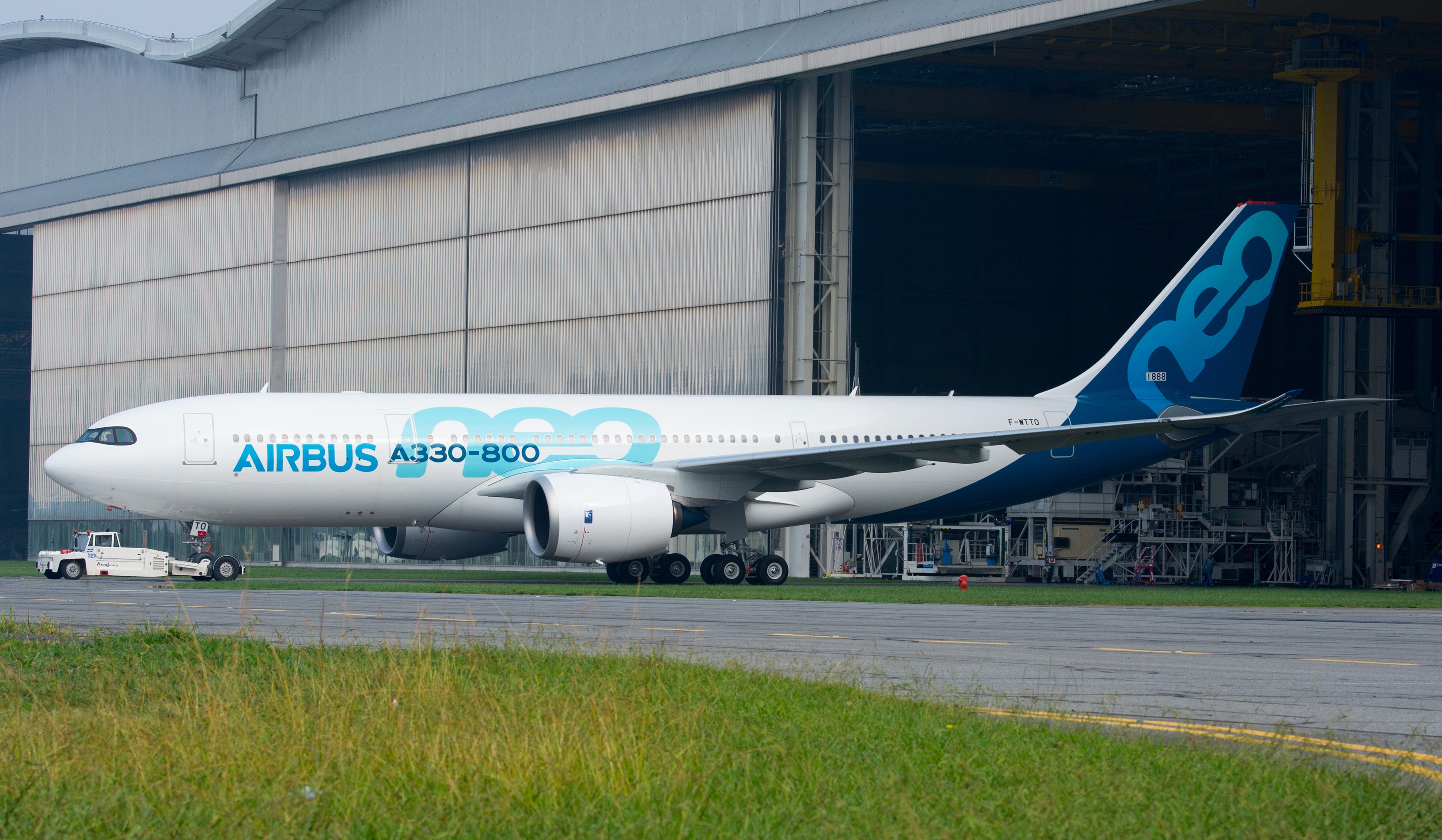 Airbus had obtained orders from Hawaiian Airlines and TransAsia Airways for the -800 before both carriers, for separate reasons, cancelled their commitments.

While the airframer’s backlog to the end of September still does not list any firm orders for the -800, the company has recently received a commitment from Kuwait Airways for eight.

Uganda Airlines had signed a tentative agreement for pair of -800s in July, but this has yet to be converted to a firm order.