Sikorsky is days away from firing the engines of its S-97 Raider, marking the first time the prototype’s coaxial rigid rotor blades will spin in preparation for first flight.

“We just burned our first fuel” on 28 January, when the auxiliary power unit (APU) was ignited for the first time, Steve Engebretson, Sikorsky’s director of military programme marketing, tells Flightglobal.

“The systems up to now have been running off ground power, but now we were able to do systems checks off the engine’s APU,” he says.

The APU is a small gas-powered engine that generates an electrical charge that then cranks the engine, in this aircraft a single General Electric GE-T706.

Raider uses coaxial rotors for vertical lift and a tail propeller for forward thrust. The combination allows for flight characteristics that are physically impossible for existing rotorcraft designs.

Within days Sikorsky will fire Raider I’s engine and spin the main rotors, Engebretson says. First flight will follow within a matter of weeks. That aircraft was built specifically for flight test. A second Raider is under construction and will function as a demonstration aircraft for potential customers.

Sikorsky has adopted a cautious test schedule leading up to first flight. There are no orders for the aircraft, which is designed to fly faster and be more maneuverable than traditional rotorcraft. Sikorsky is aiming to fulfill the US Army’s need for such an aircraft, but no programme of record exists. The company floated Raider as a replacement for the army’s Bell OH-58 Kiowa Warrior armed aerial scout (AAS), but budget cuts have all but destroyed hope for that effort getting airborne.

The SB-1 Defiant, a scaled up version of the Raider designed in partnership with Boeing, is participating in the army’s joint multi-role technology demonstrator (JMR-TD) programme, but an example has not been built.

Sikorsky is going head-to-head in JMR-TD with Bell Helicopter’s V-280 Valor, a next-generation version of the V-22 Osprey built in conjunction with Boeing. The Valor also has not been built. The aircraft will eventually face off in a demonstration of technologies that can provide leap-ahead rotorcraft capability, including speeds above 230kt, improved range. 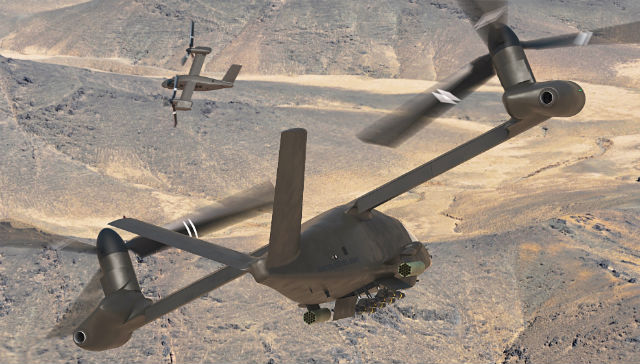 The programme will then feed into future vertical lift (FVL), which will eventually replace the Army’s entire fleet of rotorcraft beginning with the Sikorsky UH-60 Black Hawk around 2040.

Sikorsky engineers are carefully testing the aircraft and its various systems, like its fly-by-wire flight controls, for any glitches. So far, no serious discoveries have been made that would delay the programme, Engebretson says. However, the Sikorsky missed the self-imposed deadline to fly the aircraft before the end of 2014.

“The good news is the team is very skilled at finding those 'whack-a-moles', wrestling them down and sorting them out and keeping it moving along,” Engebretson says.

Still, Raider’s first flight will be tightly controlled. No members of the public, military or media will be invited to see its inaugural liftoff, company officials have said.

[Correction: Sikorsky designed the SB-1 Defiant in cooperation with Boeing, not the Raider.]