Three aircraft have been converted into the upgraded MH-65E “Echo” variant, with the first helicopter rolling off the production line on 18 December 2018, the US Coast Guard says. On 7 January, the programme began initial operational and test evaluation (IOT&E) activities on two of those three aircraft, the service says.

The MH-65E Service Life Extension programme replaces five major structure components within the helicopter – the nine-degree frame, canopy, centre console floor assembly, floorboards and side panels. Those improvements are designed to extend the service life of the helicopter by 10,000 flight hours, says the service. 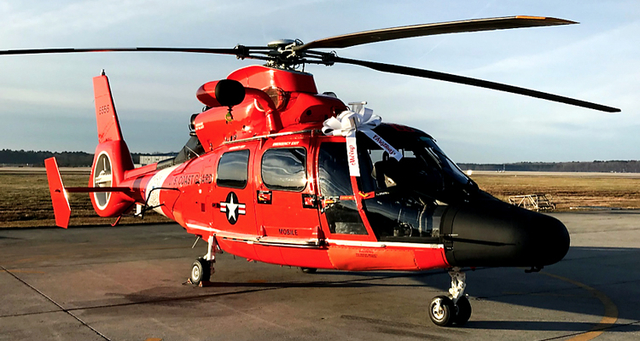 As part of IOT&E, the Coast Guard plans 21 ground events and 56 flights. There will be three test periods and one make-up test period that take place in a three-month window, the service says.

A final test report of data collected from both the operational assessment and IOT&E will be used to support a decision for the programme to move into full-rate production, says the Coast Guard. The program anticipates an acquisition decision in the first quarter of fiscal year 2020.

Projected completion of the MH-65E conversion for all 98 aircraft is fiscal year 2024, says the Coast Guard.