While the airline sector as a whole remains firmly in the red as it struggles to shake free from grip of the global pandemic, recent weeks have seen at least carriers in pockets of the industry post profits of some kind in the second quarter.

Korean Air, one of the few passenger operators in the world to post positive earnings in 2020, today disclosed a 31% increase in its operating profit for the second quarter, to W197 billion ($174 million). 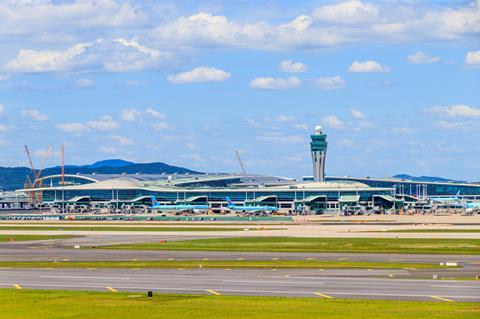 FlightGlobal analysis of leading airline groups to report financial results for the second quarter – or half year where quarterly results are not broken out – shows more than 20 groups in the black. Between them this accounts for over $3.5 billion in profits.

WHERE CAN AIRLINE PROFITS BE FOUND?

There is a now a familiar narrative behind where what little profit there is can be found. Profitable operators largely remain those with a large freight businesses or strong domestic market to sustain them while international passenger markets have remained largely closed – or a combination of both.

Notably Korean Air flagged its strongest ever quarter for cargo revenues in the second quarter – its previous high having been recorded in the fourth quarter of last year – was also the importance of domestic routes to Jeju.

Cargo revenues are likely to be behind the profitable quarters reported by Taiwanese pair China Airlines and Eva Air, whilst a more than doubling in freight revenues helped Turkish Airlines to post a second quarter profit – a rarity among European operators.

Indeed, virtually all network carrier groups flagged improved cargo performance as one of the bright spots in their financial performance during the quarter.

In the USA, a buoyant domestic market also helped airlines in the country to profits in the second quarter – though most would have posted a loss were it not for the US government’s payroll support scheme.

And the fragile nature of the travel recovery has been further underlined by Southwest scaling back its third quarter profit expectations following a dip in bookings as the surge in the Delta variant of Covid in the USA has taken a toll on demand.

Aeroflot Group reached near breakeven in the second quarter, another example where a strong domestic market has helped airlines to restore profitability. The group notes its domestic passenger levels, on a like-for-like basis, are up almost a fifth.

The big Chinese carriers, another market where strong –  if slowing – domestic demand exists, are still to report results for the period. But one Chinese operator, Juneyao Air, has posted a net profit for the first half.

However, profits generated by airlines in the second quarter remain outweighed by the scale of losses incurred across the rest of the industry. Analysis of results for a snapshot of 18 leading airline groups carried out by FlightGlobal shows collective losses of over $6 billion.

While these losses mark some improvement on those incurred a year ago when the pandemic first hit, reflecting airlines resetting their cost and capacity bases, they still illustrate the scale of the challenge to overcome before the industry can contemplate a return to collective profitability.