When the road leading to Dallas Love Field was designated Herb Kelleher Way in 2011, the Southwest Airlines co-founder himself downplayed the honour in true Kelleher fashion.

"That is a real remembrance. That is true. But 10 years from now, how many people are going to be looking at that sign and saying, ‘Who the hell is Herb Kelleher?’," he said in a 2011 interview with The Associated Press. 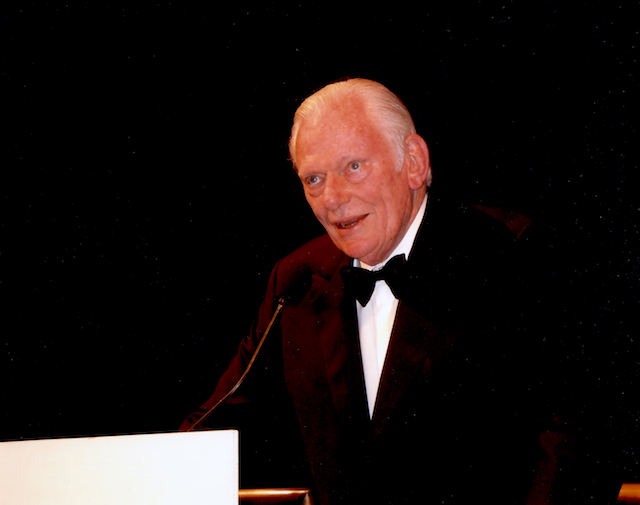 Despite having founded a low-cost carrier that spawned countless imitators in the global airline industry, Kelleher is being remembered for not just the business ingenuity that launched Southwest into service in 1971, revolutionising a sector that was, until then, a no man's land for the low-cost airline. With antics ranging from donning an Elvis costume to settling a copyright dispute with an arm wrestling match, Kelleher is the main character in endless stories that have become a part of airline industry folklore.

"He was everybody's best friend," Southwest chief executive Gary Kelly says of Kelleher's affable personality. "When you were having a conversation with Herb, he would make you feel like you were the most important person in the world."

Bob Crandall, American Airlines' former chief executive, remembers Kelleher as an intense competitor, but also fondly remembers sharing a smoke break with his former rival, who had a well-known love of cigarettes and Wild Turkey whiskey.

"We used to make fun of each other," Crandall tells FlightGlobal. "He spoke the truth and always said what he thought."

Kelleher's style has been credited as the force behind the widely-admired culture driving Southwest's success in an industry often at the whim of economic cyclicality, volatile fuel prices and labour union woes. The 51-year-old airline never filed for bankruptcy protection or laid off employees - making it an outlier in a sector whose history is littered with companies come and gone.

When fuel prices rose uncomfortably in 2000, Kelleher sent out a personal plea to employees, asking for their help by saving $5 a day, according to Fortune. Employees responded quickly, with one department taking on its own janitorial work, helping to save the airline more than $2 million within six weeks after Kelleher's letter.

"Our esprit de corps is the core of our success. That's most difficult for a competitor to imitate. They can [buy] all the physical things. The thing you can't buy is dedication, devotion, loyalty--feeling you are participating in a cause or a crusade," Kelleher told Fortune.

His philosophy was simple - treat the employees right, they will treat your customers right, the customers will return, and your shareholders will be happy. So far, a smashing success. Southwest has never posted an annual loss, and its biggest competitors have taken notes.

"That simple yet profound way of leading continues to inspire us," says American chief executive Doug Parker. "We aspire to honour Herb's example."

RISE OF A LOW-COST PIONEER

Born on 12 March 1931, Kelleher grew up in Haddon Heights, New Jersey before attending Wesleyan University and law school at New York University. He practiced law before incorporating Air Southwest in 1967 with client Rollin King - after sketching out the airline's envisioned intra-Texas air service on a cocktail napkin. 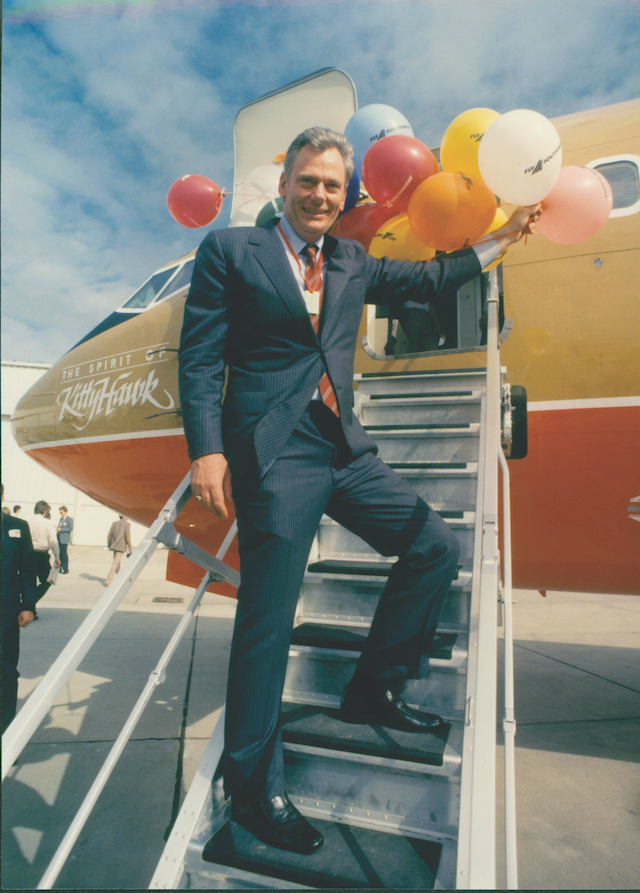 In his 20-year tenure as Southwest's chief executive, Kelleher continued to face down moves from Southwest's bigger competitors that were perceived to be disadvantageous to the low-cost carrier. In 1997, a campaign was launched to change a flat-rate ticket tax to a passenger fee, placing short-haul carriers like Southwest at a disadvantage.

The airline fought back by adding long-haul service, in a move that also drove down unit cost.

"We were not shy about announcing the fact that if the tax laws were changed to disadvantage the short haul carriers, then we would fly long haul," Kelleher told Flight Airline Business in a 1999 interview. "And that's what we have done. Did people think we were joking or just demented when we told them what we were going to do?"

Kelleher stepped down as chief executive and president in 2001, and continued as chairman until 2008 before passing the baton to current chief Kelly. While he retained the title of chairman emeritus and kept an office at Southwest headquarters in Dallas, he took pains to keep a lower profile.

"I didn't think it was fair to Gary and the new leadership as a totality to have me sitting there at the board table with a dyspeptic look on my face – you know, like I needed some Tums," he joked in an interview with Fortune in 2013.

One could argue that the Kelleher touch never left Southwest. The airline adamantly refuses to charge for checked bags and ticket change fees, even at the behest of Wall Street, retains an open-seating policy and has avoided layoffs at the expense of profits.

"We could have made more money if we'd furloughed people during numerous events over the last 40 years, but we never have. We didn't think it was the right thing to do," Kelleher told Fortune.

"I've always thought that having a simple set of values for a company was also a very efficient and expedient way to go. And I'll tell you why. Because if somebody makes a proposal and it infringes on those values, you don't study it for two years. You just say, 'No, we don't do that.' And you go on quickly. So I think that contributes to efficiency."

Crandall says his former rival never veered from those values, even when competition was intense.

"You knew he was going to compete fiercely," says Crandall. "But he would do so in an honest way. He was a man of enormous integrity."

Since Southwest took to the skies in 1971, the airline's success paved the way for dozens of low-cost carriers worldwide, with many more waiting in the wings.

"Herb was the Grand Master Yoda of the low-fare airlines," says Ryanair chief executive Michael O'Leary. "He was the leader, the visionary and the teacher: without Herb there would be no Ryanair, and no low-fares airlines anywhere."