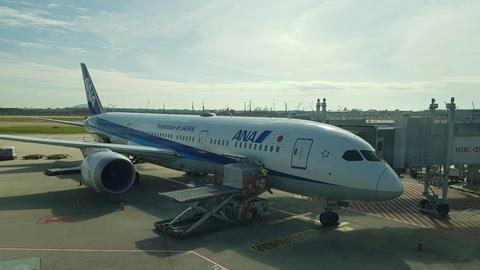 The proposed joint venture between All Nippon Airways and Singapore Airlines could offer substantial benefits to both Star Alliance carriers.

The chief executives of the two airlines, Yuji Hirako of ANA and Goh Choon Phong of SIA, announced the plan at a joint press conference at a Tokyo hotel on the last day of January. This followed media reports earlier in the month that the two wanted to work together more closely. 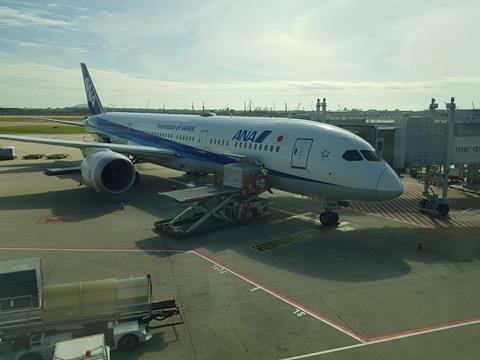 The event was overshadowed by the novel coronavirus outbreak, which has rocked the region’s airlines with flight cancellations and in some cases bans on new visitors from Mainland China. Half the questions posed to the two executives had to do with how the two carriers are dealing with the situation.

Nonetheless, the pair hope to get regulatory approvals in various jurisdictions by the end of the year, according to Hirako. Key areas the revenue, metal-neutral joint venture will target include Japan-Singapore routes and Japanese domestic destinations. Other markets include Australia, India, Indonesia, and Malaysia.

The SIA Group dominates traffic between Singapore and Japan. Cirium schedules data show that in January 2020 it deployed a total of 234,000 seats on Singapore-Japan routes, with mainline SIA operating 219,000 seats and low-cost arm scoot 15,000. Overall, this comprises 66.8% of all capacity on the route, spread over 362 monthly services. 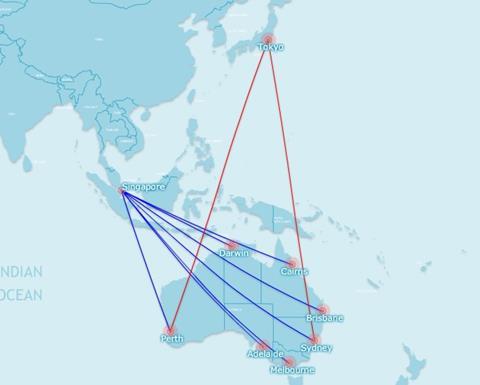 The Australian networks of SIA and Silkair (blue) compared with ANA’s (red).

ANA has an extensive domestic network in Japan, which the joint venture hopes to leverage. SIA, for its part, has deep networks in Australia, India and Indonesia. SIA’s Goh points out that SIA is the biggest operator to points in Australia after the country’s domestic airlines.

ANA lacks depth in these markets. In Australia during January 2020, it operated daily services on two routes: Tokyo Narita-Perth and Tokyo Haneda-Sydney, for a total of 124 sectors. During the same month the SIA mainline carrier served seven Australian cities and operated 1,195 sectors.

“After departing in Japan [the JV] could minimise the connection time in Singapore, allowing customers to fly to areas beyond Singapore,” says ANA’s Hirako. 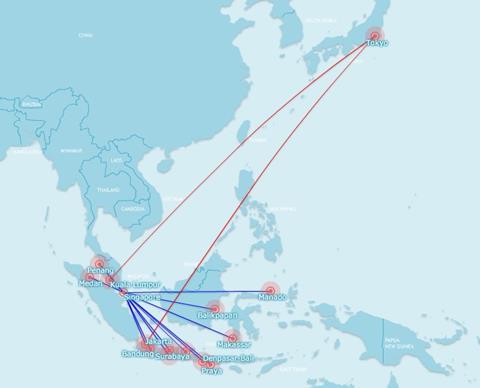 The Indonesian networks of SIA and Silkair (blue) compared with ANA’s (red).

Irrespective of the United situation, ANA and SIA have highly complementary networks. During the Tokyo briefing SIA’s Goh mused that people may wonder why it did not take place sooner. 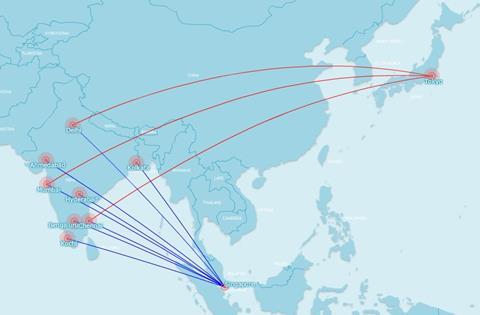 The Indian networks of SIA and Silkair (blue) compared with ANA’s (red).

Goh also confirmed that SIA has gained traffic rights to operate Japan-USA routes, but says this is a separate issue.

“It’s true that we have been granted rights to operate from Tokyo to New York,” he said. “I have to stress that this is an independent development from our joint venture cooperation with ANA today. It gives SIA flexibility in employing capacity to New York. However, no decision has been made on exercising this traffic.”

Independent analyst Brendan Sobie believes that the joint venture initiative is a positive development for both ANA and SIA.

“The JV is a sensible expansion of their partnership and will benefit both airlines in what is an important market for both,” he says.

“Unfortunately the JV cannot include the US market due to the pre-existing and deeper JV between ANA and United. Managing overlapping JVs is always tricky and the fact the United-ANA JV includes Singapore with Competition and Consumer Commission of Singapore approvals made it difficult for ANA and SIA to pursue a JV earlier.”