Air Canada’s Michael Rousseau takes the helm of the largest Canadian airline at a time when it faces multiple crises, the biggest of which is not of its own making.

Ongoing travel restrictions due to coronavirus concerns that have brought Canadian air transport to its knees, the recent recertification of the airline’s Boeing 737 Max fleet that has been sitting dormant for almost two years, and a takeover – more than 18 months in the making – that has still not come to a satisfactory conclusion, are just three issues Rousseau will tackle.

On 15 February, the 61-year-old takes over as Air Canada’s chief executive, succeeding long-time manager Calin Rovinescu, who led the company for more than 12 years. Prior to Rovinescu’s tenure in the CEO slot, he was Air Canada’s chief restructuring officer during the carrier’s reorganisation, and before that was strategy chief.

Rousseau has big shoes to fill. 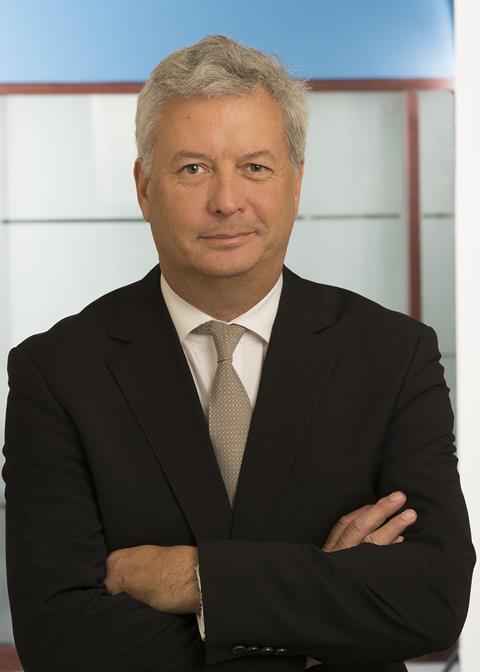 But Rousseau is, himself, also an Air Canada insider with a long history. He has been chief financial officer since 2007 and was named deputy chief executive in 2019.

Rousseau’s biggest headache in the coming months will likely be how to bounce back from the devastating global coronavirus pandemic, and the lack of government support for the country’s air transport industry so far.

Border closures, flight suspensions, testing regimes and strict quarantine orders – both on a national and a provincial level, with no real end in sight – have hampered the country’s airlines from bringing their schedules back to any degree of normality.

In addition, the absence of sector-specific financial relief similar to stimulus bills in the USA and many European countries has made it nearly impossible Canada’s carriers to stay in business, let alone plan their futures.

Though appeals from the industry – both within the country as well as from international trade groups like IATA – over the course of the past 12 months have not yet led to a package, the airline’s executives said on 12 February that they are optimistic “for the first time” that such a deal may still materialise in the coming weeks. But, they add, it’s a year late.

Problem number two is the carrier’s intended takeover of Transat AT – which seemed like a good idea when the two announced the deal in July 2019. They initially had planned to close on the deal in 2020.

The low-cost vacation airline and package trip specialist, which, like Air Canada, is headquartered in Montreal, would give the legacy carrier a bigger footprint in the holiday market to southern sun resort destinations. These types of trips are popular with cold-weather-weary Canadian snowbirds during the dark winter months. Shareholders of both companies quickly approved the transaction, just a few months before the coronavirus disrupted the industry.

But concerns from both Canadian and European competition watchdogs dragged out the process. And the sharp decline in Transat’s value as a result of the precipitous drop in demand resulting from lockdowns and other travel restrictions forced Air Canada to reduce its offer from C$18 per share to just C$5.

Transat’s shareholders approved that offer as well in December, and the company remains committed to the deal.

Canadian competition regulator approval of the acquisition finally came on 11 February, four days before the deal was due to expire. The airlines still need a green light from the European Commission before they can proceed.

Lastly, the airline’s Boeing 737 Max fleet began returning to passenger revenue service on 1 February after a pause that lasted almost two years. The airline has said it will first deploy the aircraft on flights from Toronto to Halifax, Montreal, Ottawa, Edmonton and Winnipeg.

Part of Rousseau’s job will be to help the carrier inspire passenger confidence to return to travelling with the type, which was taken from service after two crashes in 2018 and 2019 killed 346 people.

Air Canada has acknowledged that, given the publicity drawn by the accidents and subsequent grounding, passengers might not yet feel comfortable flying on the Max. It has been flexible in allowing customers to change bookings to other aircraft types. But, executives say, in the first few days, just a handful of customers have taken that option.

According to Cirium fleets data, the airline has 24 Max 8s configured for 165 passengers in two-class layouts – of which seven have returned to service following the 22-month grounding – and another 16 on order with Boeing.