Raytheon's Miniature Air Launched Decoy (MALD) has undergone a minor redesign as the US Air Force considers a variety of new missions. Raytheon has cleared space in the nose of the vehicle for new types of payload by shifting navigation systems to the rear of the airframe.

This small change caused a ripple effect along the lower half of the vehicle, says Raytheon. The engine had to be lowered by several inches to accommodate the navigation systems. This, in turn, forced a change in the design of the inlet, with the mouth slightly enlarged and the ducting straightened from an S-shape.

A fairing was added along the length of the underside, enclosing the previously unshrouded roots for the wing.

The combined changes have added 22kg (50lb) to the vehicle's weight, which is now roughly 115kg. Meanwhile, the nose of the vehicle has been emptied in preparation for possible new mission payloads.

The air force has approved plans to create a jammer version, but there is also interest in developing variants of the $125,000-150,000 unmanned decoy body as interceptors and cruise missiles.

The programme is approaching a deadline to complete MALD design by the second quarter of next year. First flight is scheduled to follow by the end of 2006.

Raytheon says MALD has also attracted international interest, but the company still has not received clearance for an export variant. US government officials allowed the company to offer a fact sheet on the weapon at the 2004 Farnborough air show.

MALD is due to enter operational service in 2009. The decoy emits signals that fool air defence radars into perceiving it as a strike aircraft. It can also be used as a target for practising counter-air operations. 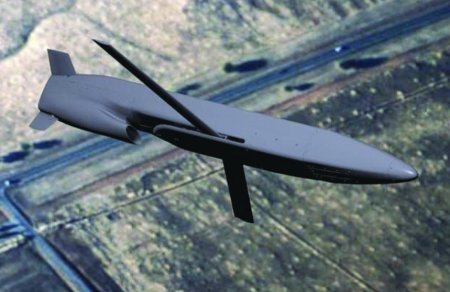