One month before Boeing returned the 787-8 to flight in May 2013 after an 18-week grounding caused by battery fires, GE Aviation quietly certificated the third major production version of the GEnx-1B, inching one of the two propulsion options for the Dreamliner closer to the promised fuel efficiency targets.

Similar to the rival Rolls-Royce Trent 1000 engine, the original Block 4 version of the GEnx-1B entered service with Air India in early 2012 several percentage points below the specification. The Block 4 standard also featured an under-performing low-pressure turbine (LPT) section that would require a redesign.

As of early September, GE had delivered 246 GEnx-1B engines, including the last 150 built to the performance improvement package (PIP) II standard. That number includes the first GEnx-1B-powered 787-9 delivered to United Airlines on 4 September, the last major certification campaign until the arrival of the 787-10 in four years.

With tens of thousands of hours and now two applications in service, GE now understands exactly how close the PIP II standard came to meeting Boeing’s specification – and it is not as close as was once widely expected.

“We’re probably off the original ‘spec’ by perhaps a little more than 1% but less than 2%,” says John How, business operations leader of the GEnx product line for GE Aviation. 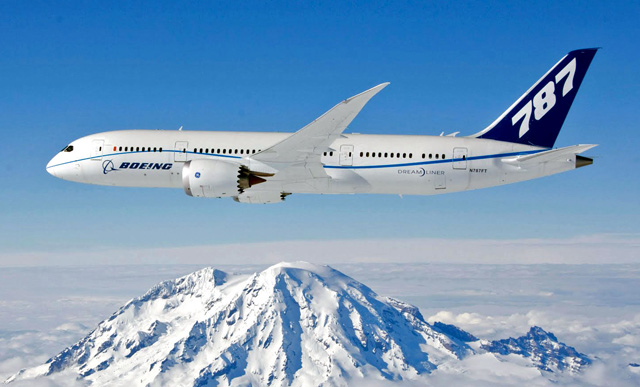 Importantly, the upgraded engines delivered after Block 4 was phased out of the production system meet contractual guarantees for airlines, How says.

Even the latest GEnx PIP-II engine installed on the United 787-9 delivered earlier this month, however, falls short of Boeing’s original promise to airlines. Judging by GE’s lead over R-R in the 787 order backlog, the performance of the Trent engine has not been enough to usurp the GEnx.

The Trent and GEnx performance shortfalls were apparent well before either version was delivered to a customer. A leaked Airbus dossier on the 787 in 2008 included the prediction that both engines would miss the specification by 2-3%. As the original Trent 1000 and Block 4 entered service, the 3% shortfall became the baseline estimate used by both companies.

GE and R-R then designed a series of performance upgrades to reclaim the specification target. R-R has already rolled out Package B and C standards, with the final 1000-TEN configuration scheduled to appear in 2016.

GE, meanwhile, followed the Block 4 standard with the PIP 1 design, which included a revised LPT. GE had introduced lightweight titanium-aluminide blades in the LPT section of the GEnx engine, believing it could reduce the blade count significantly and lower the weight of the engine compared with the preceding GE90.

That estimate proved to be too aggressive by about 30% of the LPT blades that would ultimately be required to manage the airflow. The PIP 1 programme corrected the error with a more robust LPT blade count.

GE advertised that the PIP I would reclaim 1.4-1.6 percentage points of the 3% performance shortfall from the specification. A second upgrade – the PIP II design – was supposed to push the performance to nearly match Boeing’s original fuel burn target. With the LPT improved by the PIP 1 programme, GE now focused on improving the high-pressure compressor section in the PIP II design. 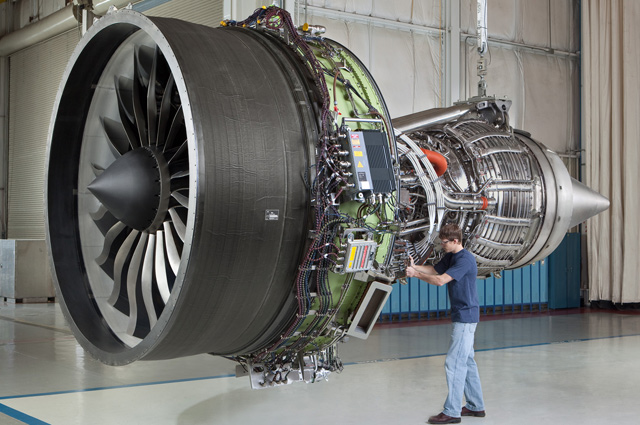 GE officials emphasise that the performance will continue to improve as the new upgrades enter the fleet. They point to the record of the GE90-115B, the engine that powers the 777-300ER. That engine also entered service slightly below Boeing’s specification for fuel burn. Ten years later, it is now running more than 3% above the specification, according to GE’s numbers.

Despite the shortfall, there is no “PIP-3” version being proposed for the GEnx-1B. Instead, GE will introduce improvements gradually leveraging engine development programmes launched after the GEnx was unveiled in 2003 with a then-state-of-the-art 45:1 compression ratio. GE is currently testing a compressor section for the GE9X that will power the 777X with a 61:1 compression ratio.

Key enabling technologies, such as ceramic matrix composites, have already been tested in the core of a GEnx engine, as part of GE’s campaign to mature the technologies for the CFM International Leap engine and the GE9X.

As GE works to improve the GEnx-1B’s fuel performance, the company is also looking at adding more thrust capability. The engine is already able to produce 78,000lb thrust (111kN) at sea level, a power reserve well beyond the needs of the 787-8 and 787-9. It is expected, however, to allow the 787-10 to take off with a full payload at high-altitude runways or in very hot weather. The standard rating for the 787-10 is 76,000lb thrust, with a 2,000lb thrust margin for “high-hot” conditions.

GE is now studying an even more powerful version of the GEnx, which would raise maximum thrust at sea level to 80,000lb. Although Boeing has not publicly discussed a requirement for such an engine -– perhaps to power a high-gross-weight version of the 787-10 – GE is preparing “in case the airplane needs increased thrust”, How says.

An increase in thrust often involves a wider inlet diameter, as more airflow is needed to produce more power efficiently. But there are ways to avoid a wider engine exterior. The PIP-II configuration, in fact, includes a 12.7mm (0.5in) wider flow path, without changing the exterior diameter.

“Thrust increase always involves more airflow,” How says. “As to whether or not we would need to increase the diameter of the fan, that’s not really decided.”

More efficiency and more power are not the only items on the list of improvements for the GEnx-1B engine.

Boeing and GE are close to clearing one of the most bothersome operational restrictions for certain operators, such as Japan Air Lines. The GEnx-1B has proved susceptible to a phenomenon unique to tropical clients called ice crystal ingestion. In tropical latitudes, small ice crystals can form at high altitudes, potentially causing damage to the engines. The GEnx-1B is currently restricted from flying within 50nm (93km) of weather in which ice crystals are able to form. As a result, JAL has replaced 787s with 777s on two routes to Vietnam and India.

“We think by the end of October Boeing will be able to issue a revision to that flight restriction, increasing the altitude limit significantly,” How says.

The solution to the problem requires no changes to the turbo machinery. Instead, GE has reprogrammed the software controlling the variable bleed valves located in front of the compressor section. These valves are normally opened on take-off or landing, siphoning potentially damaging objects sucked in by the fan into the bypass flow. The reprogramming allows these valves to open when conditions suggest ice crystals are forming on the blades.