In a departure from its existing 13 Rolls-Royce Trent 1000-powered 787-9s, the new jets will be powered by the rival General Electric GEnx-1B powerplant.

“As we start to look at the route mix that we have, as we look at the passenger mix that we have as well, which is often different to other airlines, we felt the -10 gave us the flexibility to do what we wanted to do,” explains chief executive Christopher Luxon. 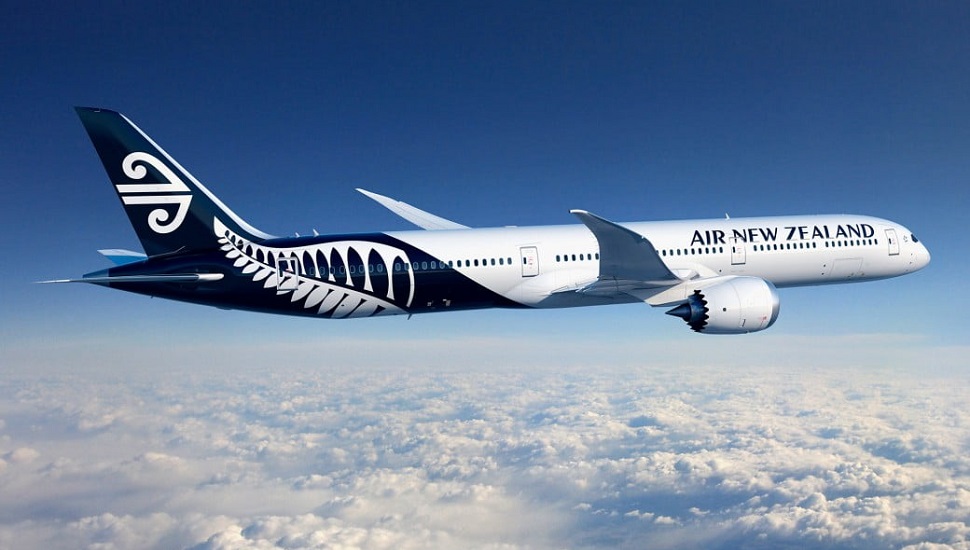 “We felt that the GEnx engine just gave us that little bit more fuel efficiency which just helped us with getting to where we wanted to get to.”

Deliveries of the 787-10s will start in 2022 and stretch through to 2027, allowing the 777-200 fleet to phase out by around 2025 – although the carrier maintains that it could keep them on longer if market conditions dictate.

The decision followed a two-year evaluation process. Luxon says that the airline was “impressed with the candidate aircraft”, which also included the A350 and 777-X.

“But for us in the way that we look at our mix and the type of customers that we have, which is a mix of corporate and leisure, and high-value leisure and tourists, we feel that with the 787-9/-10, we have the family of aircraft we need going forward,” he adds.

A key part of the deal is the ability of the airline to switch its orders to the smaller -8 and -9 variants if required. Similarly, the options will give it the ability to scale up the -10 fleet should it see opportunity to grow more quickly over that time.

As it stands, the airline is planning to operate the 787-10s in much the same way it does the 777s they will replace, meaning that Asia and the USA will be the focus of operations.

“The 787-10 we will receive is not only a natural candidate for our destinations across Asia, but it will also be a great link for New Zealand linking it to the west coast of America as well,” says Luxon.

IT’S WHAT’S ON THE INSIDE THAT COUNTS

With the purchase decision made, Air NZ will now start to work on the interior configuration, which will influence how it is used in its network.

The carrier has a secretive facility nicknamed “Hangar 22” where it develops and tests new seats and other service innovations. Luxon says feedback from consumers will inform not only the new products that will feature on the 787-10s, but on its entire widebody fleet.

“When we reinvent the interior for the 2022 launch of the -10, we will then bring that same cabin mix and profile right into all of our other widebody aircraft as well,” he says.

Boeing’s nominal two-class configuration for the 787-10 has seating for 330 passengers, but it seems likely that Air NZ will go for a more premium-heavy mix of business, premium economy and economy seating.

In the case of its last four 787-9s, the carrier elected to fit more business and premium economy seats compared to its earlier ones, resulting in the loss of around 50 economy seats.

“What we are learning is that obviously with weight around cargo, fuel, and passengers..we think there is an opportunity for us to move to a more premium mix, and that’s something we have been thinking a lot about.”

This reflects a strategy of pursuing more premium customers, even though it does not have a large reach into the global corporate market. Rather, it is seeing increased demand from some leisure travellers that are willing to pay for business or premium economy class products.

“We just think that is something that we want to play with – value over volume,” says Luxon.

Illustrating the point, he cites its Auckland-Shanghai route, where the market has shifted from low-value, group tourism to high-value customers that are now filling premium cabins.

“We flew a 777 out there, it was too heavy, too big,” he says. “We then moved it to a 767 which didn’t have lie-flat business class, but all our customer mix was low-value group travellers from China in the back of the aircraft, so the planes were full but lower value, and now we’ve put the 787-9s in there, and we’ve actually found we need more premium cabins. Now that’s all happened in the space of 3-5 years.”

The 777-200ER decision had been expected by some observers to drive its plans to replace its eight 777-300ERs in future. But Luxon says that the company has “compartmentalised” the decisions on 777-200 and the later -300ER replacement programme, and will run a separate process towards the middle of next decade for a larger jet.

“Our intention at this point is that the 777-300ERs come up for replacement around the mid- to late-2020s, and that would be the logical time when we would probably want to go off and look at a larger aircraft, so the A350s and Boeing 777-Xs come into that frame at that point in time,” he says.