ANALYSIS: Goyal leaves his Jet plane; can it come back again?

The resignation of Jet Airways founder Naresh Goyal from his long-held position as chairman looks to be the catalyst needed to get the airline moving again, but it faces a long road ahead.

The airline announced the resignation of Goyal, his wife Anita Goyal, and Etihad Aviation Group-nominated director Kevin Knight from their board positions in a statement, the first line of which seemed to illustrate the challenges that the airline has faced over the last six months.

“Finding a sustainable solution to the turnaround of Jet Airways has been receiving the attention of all stakeholders to enable the airline to restore normalcy to its level of operations,” was the opening line of the statement, seemingly picking up the frustration of many at the slow car crash that the airline has been in for over six months. 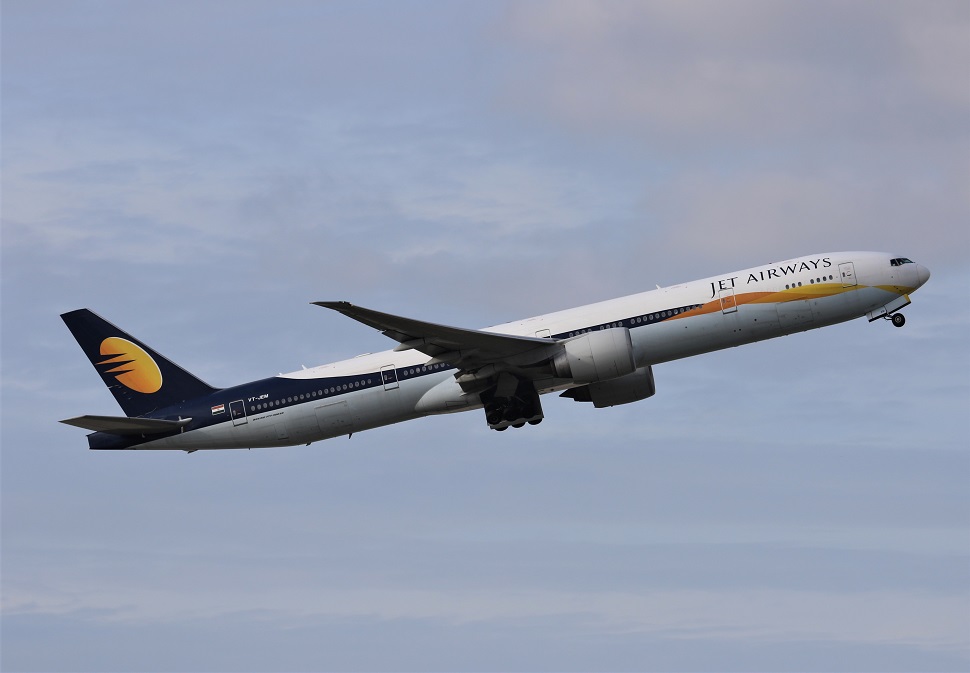 It went on to detail that two directors nominated by Goyal and one nominated by Etihad will remain on the board, while the lending consortium – led by the State Bank of India (SBI) – plans to nominate two directors.

The airline’s board has also approved a key part of the bank-led recovery plan that will see around Rs1.14 billion ($16.6 million) of debt converted to equity, and result in the lenders becoming majority shareholders. That was green-lit by shareholders in February, but seems to have been in a holding pattern since then.

Crucially, the lenders have thrown it an immediate Rs15 billion interim funding lifeline, which it will use to partially clear some of the debts owed to aircraft lessors, vendors, creditors and employees. Importantly, that should allow it to get some of the 55 aircraft grounded for defaulting on its lease obligations back into the air, and help restore the operational integrity of the airline.

“The move will see Jet Airways re-deploy several of its grounded aircraft back into its network, helping renew many of the routes it had temporarily suspended, which will help restore normalcy of operations, aiding the airline’s long term transformation to continue expansion and to regain its position as a global player,” the airline states.

An interim management committee is now in charge of the airline, led by chief executive Vinay Dube, which is reporting to the board and supported by consultants from McKinsey & Co.

The interim funding should give Jet some breathing room, and the ability to rebuild its fleet. It also comes just in the nick of time, with FLY Leasing, which has three of its Boeing 737-800s with Jet, had set a deadline for the end of March to see some progress on the recovery plan or it would take back its aircraft. Other lessors are likely to have put down similar terms.

It is not clear how much is owed by Jet to the lessors of the 55 aircraft that have been grounded, nor how much is owed to other creditors, suppliers and employees that have had their salaries delayed for some months now. It appears that the interim funding may be enough to partially settle some of those owed money, but more cash will be required to keep the airline’s head above water.

In February, it said that there was a Rs85 billion “funding gap” that needed to be filled. The cash infusion from lenders will help to meet some of that, but the airline still needs to progress on some of its planned asset sales and secure additional equity to make up the rest.

Jet is said to be making progress on selling some of the few aircraft that remain on is balance sheet, some of which will be divested through sale-and-leaseback transactions. Work is continuing on realising some value from its 50.1% stake in the Jet Privilege loyalty programme, but that looks more like a long-term project.

Although lenders will take a controlling stake in the airline, they have indicated that will only be temporary, and a process to find new shareholders and, more importantly, equity is expected to start soon.

“As part of the resolution plan, the Lenders will also begin the process of sale/ issue of shares to new investors which is expected to be completed in the June quarter,” the carrier’s statement reads.

It is not clear if that will leave space for Etihad to pursue earlier plans to grow its stake in Jet. The Abu Dhabi-based group has been in talks with SBI over the restructuring plan, but in recent weeks reports indicate that it has walked back from those plans. While it is not clear how accurate that is, some have interpreted it as a bargaining tactic rather than a sign that it intends to walk away from the carrier that was once a key part of its strategic alliance strategy.

Other parties previously linked to Jet include the Tata conglomerate, which is the controlling shareholder in AirAsia India and Vistara, and National Investment and Infrastructure Fund, which is 49% owned by the government. How willing either of those parties are to take a stake in Jet is, again, unclear.

In the meantime, Jet continues to struggle along, relying on staff that have not been paid for months, and suppliers that are also holding well-overdue debts. For each day that continues, so does the challenge for the banks, shareholders and senior management to dig the carrier out of the pit.

Naturally, the airline has put a positive spin on its future. “The airline’s robust and long-term operating plan focuses on revenue enhancement and cost optimisation as the fundamental pillars of building a healthy, growing and durable airline,” it says. “The plan addresses a cross-section of areas in addition to an operating plan, which takes advantage of the airline’s fleet, its resources, slots and its network.”

Goyal may be gone, but there is a lot of painful work ahead for its long-suffering staff to bring Jet Airways back from the brink and rebuild what was once a proud airline brand.