Austrian motorsport star Niki Lauda, who has died aged 70, will be remembered with the aviation industry not just for his racing achievements but also for the airlines that bore his name and sought, over several tempestuous decades, to challenge the dominance of his nation's flag carrier and ultimately Lufthansa in Vienna.

In his Formula 1 career, Lauda won the World Drivers' Championship three times, in 1975, 1977 and 1984. The latter two wins came after he was seriously injured when his car burst into flames during the 1976 German Grand Prix in Nurburgring.

He made his foray into aviation in 1979 when he founded Lauda Air, a leisure airline based in Vienna. After his last F1 win and retirement from racing in 1984, Lauda was able to focus more closely on the airline. 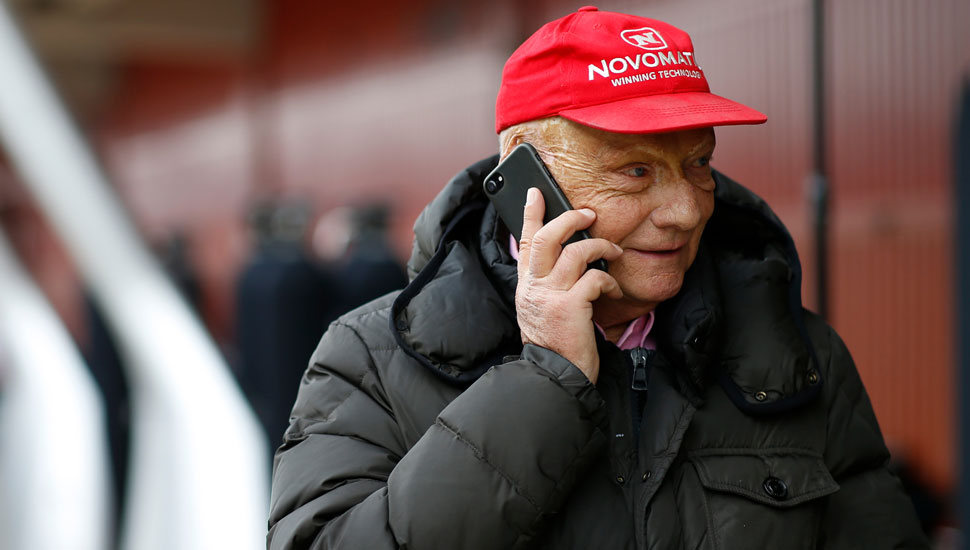 The carrier initially operated passenger charter services within Europe, and scheduled operations were licensed in 1987. In the teeth of opposition from Austrian Airlines, Lauda Air obtained licences for international flights and would branch out into long-haul services to destinations such as Bangkok, Hong Kong and Sydney.

Lufthansa took a 26.5% stake in Lauda Air in 1993, but it was Lauda Air's rival Austrian Airlines that would ultimately take a controlling stake in its neighbour carrier in 1997, with Lufthansa holding 20% and Lauda retaining 30%.

In 2000, he resigned as chairman of the carrier following a public spat with Austrian chief executives Herbert Bammer and Mario Rehulka over Lauda Air's losses as it struggled with high fuel prices and the strength of the US dollar. A year later, Lauda ended his dispute with Austrian when he agreed to sell his remaining shares in Lauda Air to the flag carrier. The Lauda Air brand would ultimately disappear in 2012.

In 1993, Lauda had started a new airline called Lauda Air Italy, which operated out of Milan. That carrier would ultimately be acquired by its Italian compatriot Livingston a decade later.

In an interview with FlightGlobal in 2004, Lauda said Niki would be "Austria's only low-fare airline", seeking to keep operating costs and overheads down to offset the relatively high cost associated with a Vienna base.

In 2010, Air Berlin increased its stake in Niki to almost 50%, and the German carrier ultimately took full control a year later. Lauda stayed on as a non-executive director of Air Berlin.

Niki would become the Austrian operation for Etihad after the Gulf carrier acquired a 29% stake in Air Berlin in 2011. Etihad would go on to buy a 49% stake in Niki and float plans for the airline to establish a joint venture with leisure giant TUI.

Ultimately the plan came to nothing, and hopes that Niki could take on a wider role in the European leisure market seemed to be dashed when loss-making parent Air Berlin filed for bankruptcy in 2017 after Etihad ruled out further funding of the German carrier.

In the subsequent sale of former Air Berlin assets, British Airways and Iberia owner IAG emerged in December 2017 as the winning bidder for Niki.

But that deal collapsed the following month, after a legal technicality led to the scrapping of insolvency proceedings for the regional carrier in Germany and their reopening in Austria.

In a dramatic twist, Lauda returned with his own bid for the airline he had founded and ultimately emerged as the victor in that new sale process, retaking possession of his former carrier and renaming it Laudamotion.

If that were not surprising enough, Ryanair went on to secure a 25% stake, using it to finally break into the Vienna market.

Returning to the markets with which he was familiar, Lauda developed a base at Vienna from which Laudamotion would operate on popular European leisure routes, several in competition with his former business partners Austrian and its parent Lufthansa.

While all of his airlines were ultimately acquired by rival carriers, over the course of more than 40 years Niki Lauda helped to bring competition and low fares to one of the highest-cost markets in Europe and, in doing so, challenged some of the airline sector's most powerful players. He never shied away from challenging the status quo.

"Running an airline is the most difficult job in the world," Lauda told Flight Daily News in 2009. "Racing was more dangerous for my life.

"To have a real challenge when I stopped racing, which was a difficult life in another way, I founded an airline. Driving is easy if you do it right like [Jenson] Button. You win easily because you have the best car and make a lot of money. In aviation you never make a lot of money."