By the end of 2020, South Korea could legitimately claim that it has one of the highest concentrations of low-cost carriers in the world, with three new players cleared to enter the market.

Aero K, Fly Gangwon and Air Premia were awarded air carrier permits in March, giving them a year to obtain their final clearances before they commence operations.

It has been a long road for Fly Gangwon and Aero K especially, as both carriers’ have had their applications rejected in the past, mostly over the transport ministry’s fears that the market could overheat. 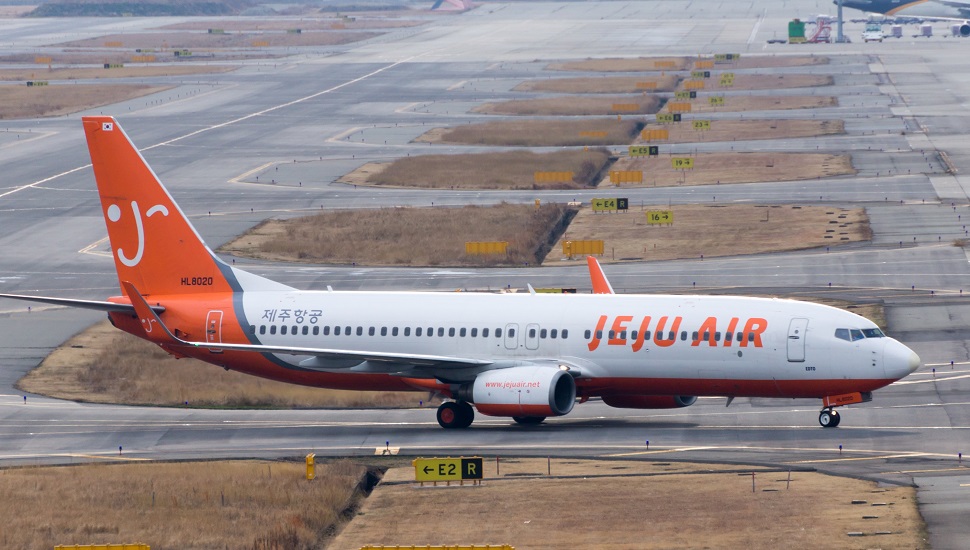 However, a change in licensing criteria in late 2018 meant that the ministry no longer considered the make-up of the market as part of its decision-making process, clearing what appeared to be the last major hurdle to licensing those two proposed budget carriers.

As part of their conditions, Aero K and Fly Gangwon will be confined to operating routes from their bases at Cheongju and Yangyang for three years before expanding further.

Aero K will be entering somewhat contested waters, with Cheongju already well served by three low-cost carriers – Jin Air, Eastar Jet and Jeju Air. Cirium schedules data for May shows that collectively they account for 71% of ASK capacity from the airport and operate two-thirds of the 770 flights there.

By comparison, Fly Gangwon’s Yangyang base only hosts one scheduled route – a thrice weekly service to Kitakyushu operated by Korea Express Air using an Embraer ERJ-145.

Air Premia, meanwhile, is set to leapfrog the low-cost carriers and launch in the second half of 2020 as a hybrid, long-haul focused airline that will compete largely with Korean Air and Asiana Airlines.

In March, it signed to lease three Boeing 787-9s from Air Lease that will be delivered from 2020. It has signalled that Los Angeles and San Jose will be its first long-haul destinations, however it is likely to launch some shorter services initially.

The new carriers will, at a high level, be entering a crowded market, which is already home to three independent budget airlines, and three aligned to the two legacy carriers.

Jeju Air, T’way Air and Eastar Jet have been growing at a steady clip in recent years, riding the initial wave of inbound Chinese tourism until a diplomatic spat in 2016 curtailed that market. Despite the blow that was to the Korean market, they were able to pivot capacity to Southeast Asia and Japan to take advantage of strong outbound demand from Korea, aided by a steady domestic market.

All three carriers’ fleets are based on the Boeing 737NG, and until the groundings of the type in March, were starting their transitions towards the 737 Max.

That delivery came a month after Jeju Air placed a firm order for 40 Max 8s and options for 10 more. The firm-order jets are scheduled for delivery from 2022 through to 2026.

But the biggest fleet development plans have been put out by T’way. The Seoul-based carriers was planning to take delivery of four 737 Max 8s this year via lessors, five in 2020 and four more the year after that.

In an investor presentation released in December, the Seoul-based carrier highlighted that the longer range of the Max 8s will allow it to launch new service to Southeast Asia. The presentation showed that Singapore, Kuala Lumpur and Phuket are the most likely routes, but gave no other details.

T’way also had plans to take 10 of the larger Max 10 variants between 2022 and 2025, but it is not clear how the grounding will affect those.

Further to that, the carrier has signalled that it plans to add widebody aircraft to its fleet in 2023.

It is unclear which routes are being targeted, but it appears that the larger jets will be primarily targeted at flying on long-haul routes, with North America and Europe believed to be high on the agenda.

Still, T’way will be beaten to the punch by new ‘hybrid’ long-haul carrier Air Premia, which is planning to start services in early 2020.

Neither carrier will have total reign of the long-haul market, with Korean Air’s budget affiliate Jin Air already operating medium-haul services using 777-200s passed down from the flag-carrier. It has four in its fleet now, but plans to increase that to six by the end of 2018 were scuppered due to Seoul taking regulatory action against the carrier for a series of safety issues. Nonetheless, those two jets may still be phased into the fleet this year.

Rather than use the 777s to build up new routes, Cirium schedules show that Jin flies them mostly on established leisure routes, such as Honolulu, Phuket and Guam, which appears to show that they largely complement Korean Air’s network. They have also been deployed on shorter routes to Japan, Taiwan and the Philippines, alongside Jin’s 737 fleet.

Interestingly, South Korea’s other major carrier, Asiana Airlines, has not signalled any plans to extend its low-cost brands, Air Busan and Air Seoul, into the long-haul market. Nonetheless, any traction by T’way or Air Premia in the long-haul market could spur Asiana to move one of the brands in that direction, even if only to defend the parent carrier's position.

Air Seoul is one of the later carriers into the market, having only launched in July 2016, and with the express purpose of taking over some of Asiana's less profitable routes. It operates seven A321s, mostly on routes from Seoul to secondary points in Japan and Southeast Asia.

But the future of the carrier may be more tied to changes that Asiana is facing, since Kumho Industrial announced that it will sell its 33% holding in the Star Alliance carriers.

What is clear is that a new round of competition is emerging on the Korean peninsula.