The purchase of WestJet led by Onex Partners for C$5 billion ($3.7 billion) is an opportunity to continue the airline’s transition into a global carrier following the private equity firm’s years of attempts to increase its aviation focus.

Toronto-based Onex on 13 May announced its transaction would include purchasing the airline’s debt, which was C$1.29 billion at the end of March. The Calgary-based airline’s net earnings rose 33% year-over-year in the first quarter to C$45.6 million, so removing debt could allow Canada’s second largest carrier to focus on its efforts to grow while becoming more efficient. Capacity at WestJet is projected to increase 2.8% in the second quarter and 4.1% in the third quarter, according to Cirium schedules data.

Onex approached the carrier in March, prompting the creation of an independent committee that analyzed the bid and advised WestJet to accept. Shareholders and regulators in Canada must first approve the deal, which the carrier expects will close in "the latter part of 2019 or early 2020". 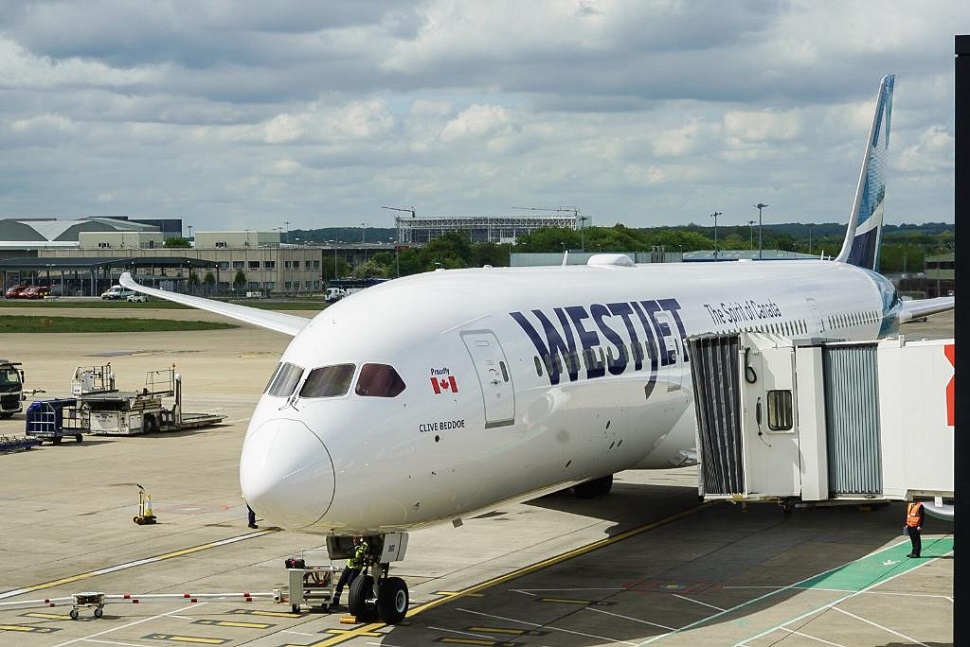 Privatization under Onex could make it easier for WestJet to focus on growth because it won’t have to satisfy as many parties as a publicly-traded company, says aviation consultant George Hamlin.

“When you privatize something, you may be looking for a turnaround story that can be flipped or you are looking for something capable of returning value over time,” says Hamlin, president of Hamlin Transportation Consulting. “Going private can be good for a company that needs to invest in its business and grow long term.”

Onex chairman Gerry Schwartz built his firm’s aviation focus over two decades despite some high-profile failed bids. In 1999, Schwartz and backers at American Airlines parent AMR Corporation abandoned a hostile bid to acquire Air Canada and merge it with Canadian Airlines following an unfavorable ruling by courts in Canada. Onex in 2007 was also part of a failed group bid for Australia’s Qantas Airways.

Onex acquired aerostructures manufacturer Spirit AeroSystems in 2005 and took it public in November 2006, eventually selling its remaining shares in 2014.

WestJet chairman and founder Clive Beddoe says that the airline will remain headquartered in Calgary.

“Onex's aerospace experience, history of positive employee relations and long-term orientation makes it an ideal partner for WestJetters, and I am excited about our future," says Beddoe in the announcement on 13 May.

The Onex purchase comes as the airline seeks ways to become “leaner and cleaner”, says analyst Helane Becker of Cowen Equity Research, describing the acquisition as taking a long view of five years or more before potentially returning the airline to the public market.

WestJet is bouncing back from a tough 2018 and is enduring the grounding of its fleet of 13 Boeing 737 Max aircraft. WestJet suspended all 2019 financial guidance provided in December and February after regulators grounded the Max. The airline is flying passengers on other aircraft in its fleet and reports it has covered 96% of system capacity while Max aircraft sit in storage.

It had a tough year in 2018 following investments including the launch and expansion of ultra-low-cost carrier Swoop. During 2018, WestJet's operating profit dipped 64% to C$155 million ($118 million), while net profit plunged 67% to C$91.5 million.

WestJet as part of its goal of saving costs has hired Seabury Consulting to identify business areas that could be made more efficient. The options under consideration include merging the two aircraft maintenance units of its mainline carrier and its regional airline Encore, which the airline says are still being considered amid the acquisition.

“Clearly Onex has bought into this strategy and will support the company through their transition with hopes that growth plus margin expansion will lead to higher cash flow generation,” Becker says in the Cowen report. “We believe Onex and WestJet have a strong case and expect [the Canada Transport Agency] to approve the transaction.

"Onex is 100% Canadian owned, and we do not see any management changes as WestJet will be privately owned. We do not see Onex management involving themselves in WestJet's day to day operations.”

GLOBAL AMBITIONS
Deliveries of Boeing 787 aircraft are part of the airline’s plans for more trans-ocean routes in its transition to become a global carrier. Cirium's Fleets Analyzer shows WestJet currently operates three 787-9s and has ordered nine more. The total fleet for WestJet and its regional subsidiary WestJet Encore includes 162 aircraft in service, with 50 on order for the mainline carrier.

WestJet in April expanded a codesharing agreement with Air France to connect passengers between Canada and cities in France, Italy and Greece. The airlines eventually plan to further extend their codeshare partnership that began in 2013 for flights from Paris to additional countries including Austria, Germany and Portugal.

“It is business as usual and ongoing work to ensure WestJet’s long-term profitability and transition into a global network carrier will continue,” the airline says in an email.

Pilots are optimistic about the acquisition, in part because a contract between their labour group and management is specifically protected in event of a corporate sale.

WestJet has been through a wave of increasing unionisation since 2017 when a majority of pilots joined the Air Line Pilots Association. The pilot representing them as ALPA executive council chair, Capt. Dave Colquhoun, says Onex should “work collaboratively with pilots in order to leverage the valuable contributions we have made to the overall success of this airline”.

“We look forward to any new business opportunity that will enable WestJet to remain an industry leader and continue to grow our established airline,” Colquhoun says.

Maintenance engineers represented by the Aircraft Maintenance Engineers Association also made a five-year agreement with WestJet effective 1 May aimed at securing competitive compensation.

The carrier says “Onex will build on WestJet’s history of constructive labour relations and will preserve all existing arrangement with unions and employee associations”.