Before the country was plunged into crisis by the Easter Sunday attacks, Sri Lanka's flag carrier completed work on a new five-year plan for submission to its government shareholder. The plan already appeared unlikely to command immediate political attention, in an election year, and will now of course lie further down the list of priorities.

"We will definitely have to revisit the business plan that was submitted, based on the growth projections of the tourist arrivals," states SriLankan Airlines chief Vipulla Gunatilleka. "No sooner we get the clearance from the security authorities, we will start assessing the markets and start the rebuilding process."

The challenge of surviving and recovering from severe adversity is unfortunately one familiar to SriLankan. At the height of the nation’s civil war – fought with fluctuating levels of intensity for a quarter of a century before it ended a decade ago – the flag carrier operated a secondary hub at Maldivian capital Male as Sri Lankan tourist numbers dwindled to 50,000 per annum. In 2018, the figure was 2.3 million, of whom SriLankan carried about 35%. 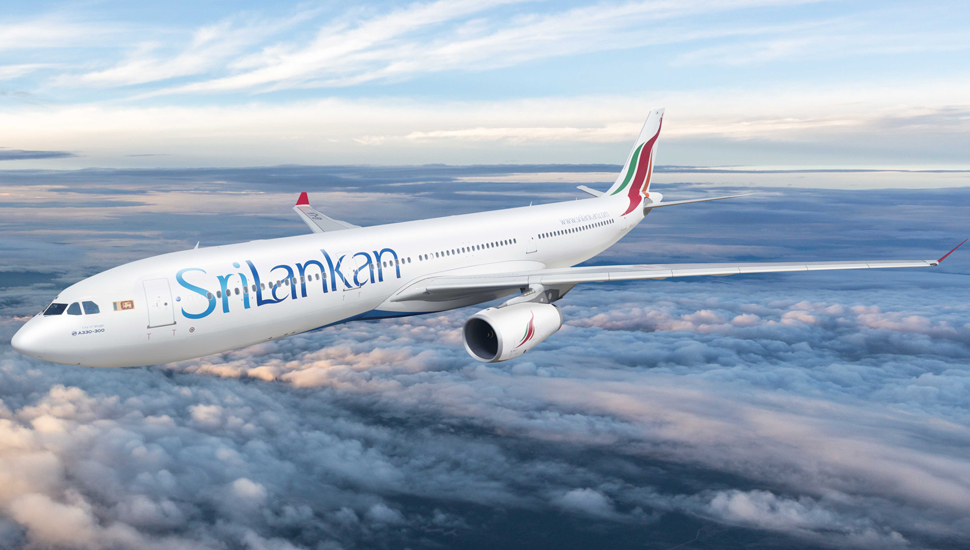 Numbers had been higher in 2017, when the Colombo-based carrier stopped its Frankfurt and Paris services, albeit that the loss of that traffic was partially offset by the launch of a Melbourne route.

SriLankan's new five-year plan envisions a move away from "the current limited point-to-point strategy" and the development of its home nation into a "hub for air travel and air cargo in the Asia-Africa-Middle East region".

Vipula Gunatilleka, discussed the plan with FlightGlobal in an 11 April interview, 10 days before the attacks. He acknowledged that in the development of Colombo as a hub "a lot depends on the expansion plans of the airport and the infrastructure".

There had already been delays to upgrading of the airport amid the nation's constitutional crisis in 2018. However, Gunatilleka notes that some progress was made. "The runway fortunately has been resurfaced," he notes, while preliminary studies on a second runway were embarked upon.

Gunatilleka recalls that when he returned to SriLankan to become chief executive in August last year – he'd served as its finance chief a decade ago – the airline was "running on a sort of cruise-control mode, without a senior management". He arrived with the turnaround experience he'd gained as finance chief at Angolon carrier TAAG, in which role he was installed when Emirates had a management contract.

SriLankan, under his leadership, has produced its first internally generated business plan in 10 years. "I think I made quite significant progress, even in little things, he says. "I am quite optimistic, and I believe in myself and the team that we can do it. It's just that we need the clear direction and right missions at the right time from the government."

The issue of how SriLankan is to be funded in future is a crucial one, Gunatilleka acknowledges, and he expresses concern that, were there a fresh attempt at privatisation, it would be "challenging for a new investor" to take on the carrier's debts, which amount to some $750 million. "It's not the seller's market at the moment," he points out.

Sri Lanka as a country has this year been in talks with the International Monetary Fund to extend its bailout, and Gunatilleka concedes that, with a national debt-to-GDP ratio of around 90%, there are limits to how much support the state can give the flag carrier.

He has, however, been lobbying the government to service SriLankan's debt for three years, the timeframe in which breakeven was targeted. Interest on the loans totals around $65 million per annum, he indicates.

SriLankan is also seeking exemption from a withholding tax that would cost the airline some $30 million per annum.

Competitively, the airline is planning to make more of its Oneworld alliance membership and avoid destructive head-to-head clashes with well-resourced Middle Eastern rivals – which can, Gunatilleka notes, be “extremely intense, aggressive, irrational sometimes” – or with low-cost giants such as IndiGo.

In a bid to cut its own costs, meanwhile, SriLankan has frozen recruitment in areas other than ground services. The airline has also been looking at replacement of senior management positions with more junior ones when retirements present opportunities to do so.

While divestment of the ground-handling and catering units has been mooted, it is not specified in the five-year plan, as the loss of such money-making operations would reduce cash flows.

Alongside the specific obstacles SriLankan faces as a consequence of legacy issues and its indebtedness, it naturally must cope also with the challenges that beset all airlines: high fuel prices, for example, and the need for technical innovation. "Our e-commerce penetration has been unsatisfactory," Gunatilleka admits. "We were 11%; now we are about 15%... but our type of airline should be having at least 40% penetration, not only in order to serve the customer but to bring the cost down."

The carrier is also working to boost its ancillary revenues. Gunatilleka says these currently account for 10% of the total. "Our type of airline should have at least 20%," he adds.

As regards network strategy, Gunatilleka believes that the decisions to end the Paris and Frankfurt services – taken before his return to the airline – were taken "for the wrong reasons". He links the withdrawal from those routes to the high lease rates the airline was paying on Airbus A330s. "If you apply $1.1 million-a-month lease rental, no route will be profitable," he declares.

Though there was severe price pressure on the routes, which contested by Middle Eastern carriers, it was, Gunatilleka suggests, necessary to "attack this problem from multiple angles" – starting, perhaps, with the leases. A strategy for dealing with lease costs is part of the restructuring plan SriLankan is proposing to the government.

A new route to Sydney has been mooted, along with returns to Paris and Frankfurt. Gunatilleka indicates that the French capital might take priority over the German city "because of the connectivities beyond" – for example, to the Sri Lankan diaspora in Canada. Nairobi is another target destination, as SriLankan could provide an alternative to the Middle East as a hub for African traffic from China.

In line with its network aspirations, SriLankan is looking to switch its A350 order, for four of the aircraft, to the A330neo. Gunatilleka says an agreement with Airbus will be finalised once the government has given the go-ahead. "The A350 may not be the ideal aircraft [for SriLankan]," he says. "If you look at the longest distance we fly, Melbourne or Sydney, it's 10-and-a-half hours. London: 10-and-a-half hours." Operating costs dictate the airline's preference for the A330-900 on such routes.

Sale-and-leaseback transactions are the preferred means of financing aircraft, as "we don't have the capital to invest", says Gunatilleka, who has been encouraged by the competitive nature of today’s leasing market, in which an A330 might be sourced for $550,000-600,000 per month rather than $1.1 million.

He sees "fundamental issues" to sort out with the SriLankan fleet, including the multiplicity of engine types and "the cabin mismatch". Some of the carrier's A320s, he notes, have 20 seats in business class, while some have 16 and some have 12. "We are trying to bring it to a uniform level."

The carrier also intends to launch a premium-economy offering. "Premium economy can be sold at two-and-a-half times [the price], especially on the long hauls," asserts Gunatilleka, "so that's a model that all the new aircraft will have."

SriLankan's five-year plan is, ultimately, intended to inform governmental decision making on the direction the airline should take. "[We are] telling them: this is what we can do, this is what it is… You tell us what you want us to do," says Gunatilleka. "Do you want to grow? Shrink? Shut down? Privatise?"

In the meantime, his focus is on the things that are under the airline's own control.

"We have identified all the initiatives that can be implemented, and those are being driven by me personally," he says. "There's a dashboard: everything is linked to a senior management team member, and again reflected in their KPIs.... We have made good progress."

On 7 May, SriLankan disclosed its appointment of Joshua Bustos as chief commercial officer and Shaminda Samaraweera as chief financial officer.

Bustos is an industry veteran whose previously employers include American Airlines, Spirit Airlines, South African Airways, Tiger Airways and Safi Airways. During his time with SAA, he served on the Star Alliance’s network sounding board and revenue management advisory board.

Samaraweera, meanwhile, has worked in telecommunications and banking, and for Ceylon Tobacco Company.

In its statement on the new additions to its management team, SriLankan declares itself "confident that their expertise and leadership will be vital to make the national carrier a financially viable business in the years to come".