Bangkok Airways remained profitable even though expenses grew faster than revenue. It also laid out expansion plans for both its airline and non-airline businesses.

Total revenue was steady at Bt7.79 billion. While earnings from the airline and airport segments declined, airport-related services and other services saw double digit growth.

As part of its business plan for 2019, the airline is looking to further entrench its Indochina market presence with new regional services, expand the number of codeshare partners, and enhance its non-airline business.

New services and additional frequencies were launched, and two to three more codesharing agreements are likely to be secured this year. Fleet size will also decline from 40 to 38 aircraft, after it receives three aircraft and removes five others from its fleet.

Struggling low-cost carrier Nok Air saw consolidated net loss balloon to Bt391 million in the first quarter, owing to the low season and a reduction in its fleet size under its turnaround plan.

The loss is a major blow compared to the Bt1.8 million reported for the previous corresponding quarter.

Consolidated revenue for the three months to 31 March fell 10% to Bt5.45 billion, while expenses shrank 4% to Bt5.84 billion.

Long-haul affiliate NokScoot also reported a major increase in its net loss for the quarter, from Bt37 million to Bt110 million, even though revenue increased 12% to Bt1.98 billion.

To reduce losses, Nok Air aims to boost revenue and cut costs. A recovery plan was prepared, with five points on revenue improvement and six points on cost reduction.

Nok Air confirmed that multiple parties have expressed interest in acquiring shares in the airline from its majority shareholders, the Jurangkool family.

In a Stock Exchange of Thailand disclosure, Nok states that the family received queries from "many interested parties" keen to acquire a stake in the airline.

But days later, Asia Aviation decided to walk away from the potential acquisition.

“With respect to announcement of Asia Aviation Public Company Limited to the Stock Exchange of Thailand on February 25, 2019 regarding the clarification of news in relation to an acquisition of shares, please be advised that the Company shall not further proceed on such matter,” says the parent of Thai AirAsia in a brief stock exchange statement.

Airports of Thailand (AoT) is content to allow low-cost carriers (LCCs) to fly into either of Bangkok's two airports, even as Don Mueang airport handles most of the traffic.

AoT's director for aviation business development and marketing Paninee Chaisrakeo says the state-owned airport operator does not have a policy of forcing low-cost airlines to operate out of Don Mueang. Instead, airlines can choose their preferred Bangkok airport based on their needs.

Amata’s business development section manager Pongsakorn Limpakarnwech says MRO companies have shown an interest but did not disclose which companies these were. The development will be located in Chonburi, an area south-east of Bangkok.

Limparkarnwech says that Amata envisions the Aerospace City as a “one-stop industrial solutions provider”. He adds that the aerospace sector is a “good fit” for Amata, given its links to the automotive and electronics sector.

One aerospace company based in the corporation’s existing Amata City development is Triumph Aviation Services Asia, an MRO station for Boeing and Airbus programmes, such as the Boeing 777, as well as the Airbus A320 family.

The 54-hectare Aerospace City project, located in the expanded Amata City, will tap on growing demand in the region, Amata says. The aerospace sector is among the industries the Thai government is looking to promote as future growth areas. 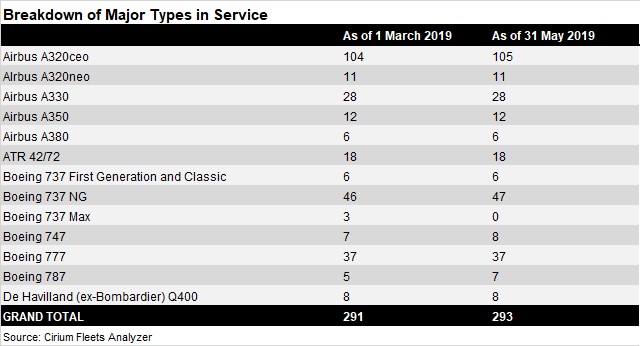