The heavily fuelled aircraft, JA801A, took off on Runway 16R with 42 aboard for the approximately 9h 40min flight to Tokyo.

The aircraft is expected to arrive in Tokyo after 09:00 local time and will begin a roughly month-long process of training crews and pilots to operate the newly certified type.

The first formal service is a charter flight on 26 October between Tokyo Narita and Hong Kong, followed by introduction to revenue service on the Tokyo Haneda to Okayama and Haneda Hiroshima routes. The first long-range service is expected to begin in January connecting Haneda and Frankfurt.

ANA says it expects to receive its second aircraft, Airplane 24, in mid-October, and anticipates delivery from Boeing of at least two 158-seat long-haul configured aircraft, both with upgraded Trent 1000 Package B engines, before the end of 2011. 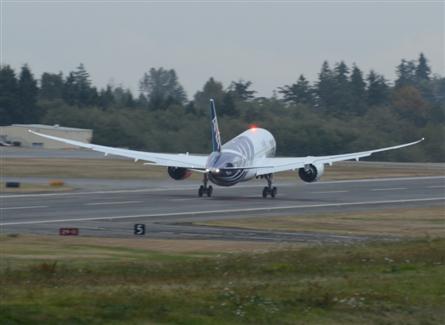