A $151 million contract awarded to V-22 tiltrotor manufacturer Bell-Boeing this week allows engineers to get started designing the US Navy’s future Osprey variant, the CMV-22B, which is replacing the Northrop Grumman C-2 Greyhound twin turboprop in the aircraft carrier logistics role at sea.

Based on the US Marine Corps MV-22B Osprey variant, the navy’s “CMV” tiltrotor will come equipped with extra fuel bladders to extend its range from 860nm to approximately 1,150nm.

That’s the most significant engineering challenge, but the service also requires a beyond line-of-sight radio and public address system so that crews can communicate en route to the aircraft carrier's deck, or between other ships in the battle group. 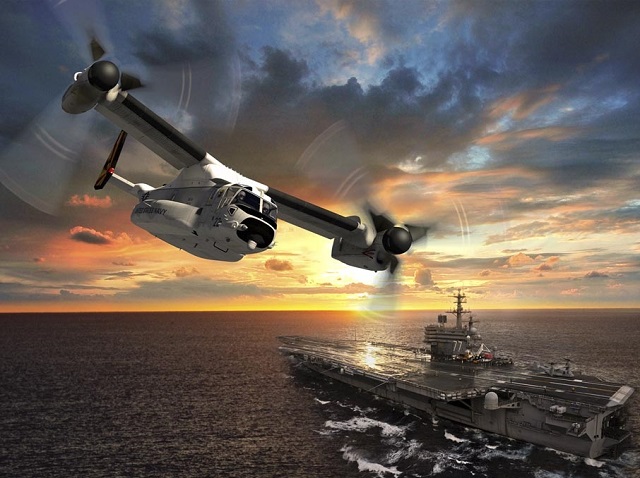 On 31 March, US Naval Air Systems Command (NAVAIR) announced the $151 million contract with Bell Helicopter and Boeing's joint V-22 programme office in Amarillo, Texas, which covers "non-recurring engineering services associated with the development of the capability for the Navy variant of the V-22”. NAVAIR confirmed that it covers the design changes for all three modifications, including the extended-range fuel system.

More than 70% of the work will be done in Philadelphia, Pennsylvania, where Boeing fabricates composite V-22 airframes. Another 20% will be completed at Bell’s facility in Fort Worth, Texas.

Just $15 million has been obligated at the time of the award, and work is expected to continue through September 2020. By that time, the first of 44 CMV-22B aircraft, which will be ordered in 2018, will begin delivered from Bell’s final assembly and checkout facility in Amarillo.