Boeing and Lockheed Martin have reaffirmed their objection to the US Air Force’s October award of the next-generation bomber development contract to Northrop Grumman, dismissing the lengthy source-selection process as “irreparably flawed”.

The losing industry team on 17 December submitted a “133-page brief” to the US Government Accountability Office (GAO), which is considering whether to sustain or deny Boeing’s formal protest of the Long-Range Strike Bomber (LRS-B) contract. The filing comes in response to an air force submission to the GAO.

“The Boeing and Lockheed Martin team believe that the air force’s selection process was irreparably flawed and therefore have decided to continue with their protest before the GAO,” the aerospace manufacturers said in a joint statement issued late on 18 December.

Boeing, as the team leader, objects to the air force’s reliance on historical cost data in the decision-making process for the $80 billion competition to build up to 100 new bombers.

The company also has other concerns, calling the entire process “fundamentally flawed” when it officially protested the decision in November, which caused the USAF to halt work on the project while the GAO assesses the arguments. A decision on the protest is due in February at the latest. 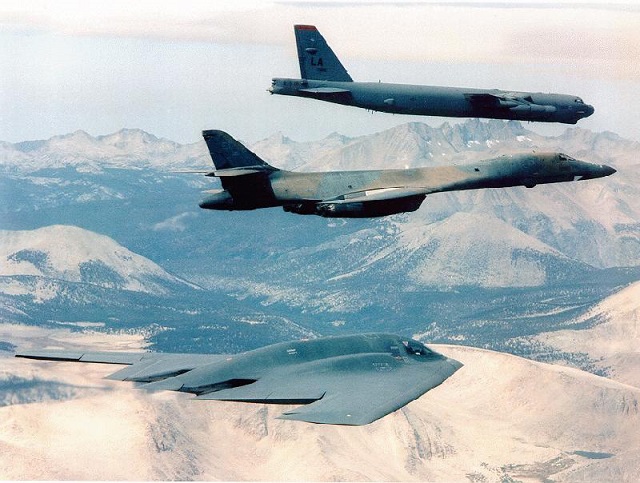 Independent government estimates based on bomber acquisition data since the 1970s development of the Rockwell/Boeing B-1B and later construction of the Northrop B-2A place the cost of developing the new secretive stealth aircraft at $23.5 billion, whereas the industry submissions were reportedly around half that amount. The average procurement cost per production example is estimated at $564 million, according to the air force.

USAF contends that it is obligated by law to rely on historical cost data for resourcing purposes instead of using “probable costs” judged by the source-selection authority.

One of the most significant aircraft development contracts since the 2001 award to Lockheed for the F-35, LRS-B could lead to the revival of Northrop's aircraft manufacturing business if it survives the protest.

At stake for Boeing is decades-worth of work and access to advanced technologies derived through the classified programme. However, the company’s continued involvement in advanced fighter production is more secure now with the Department of Defense committing to more F/A-18E/F Super Hornets.

According to reports submitted to Congress, the US military inspector general audited the programme prior to the award to Northrop, and the Office of the Secretary of Defense has already published two alternative live-fire test and evaluation plans for the bomber.

The Boeing-led assault on Northrop’s win is reminiscent of the earlier KC-X tanker competition, initially won by Airbus and eventually overturned in Boeing’s favour to become the KC-46 Pegasus.