Boeing working with JAL on 787 fire at Boston airport

One battery in the aircraft's aft electrical equipment bay exploded on the aircraft and caused a secondary fire while it was parked at a gate on Logan's terminal E, says the airport operator Massport. Massport fire and rescue, and the Boston fire department extinguished the fire. 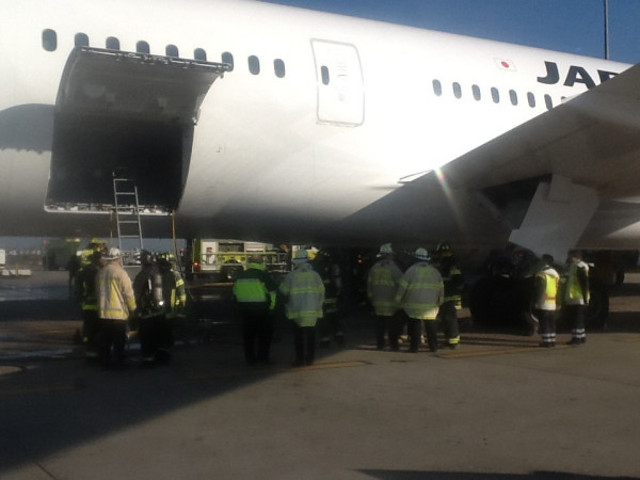 But lithium ion batteries also are a source of safety concerns for aviation, in general. In 2007, the US Federal Aviation Administration outlined some of those concerns in a special airworthiness rule for the 787, noting that over-charging such batteries can cause them to explode and ignite secondary fires. But Boeing convinced the agency that lithium ion batteries can be operated safely in modern aircraft.

Boeing says it is aware of the incident and is working with JAL on the issue, the latest in a series of high-profile electrical system glitches plaguing 787 operators since early December.

JAL cancelled the out-bound flight using the same aircraft today, citing "maintenance" as the reason for the schedule change.

The Boston fire department, meanwhile, tweeted photos and information from the scene of the 787 fire at the gate.

Pictures at the scene showed the fire crews gathered beneath the fuselage in the general area of the 787's aft electrical equipment bay, which stores the twinjet's generators and power distribution panels. 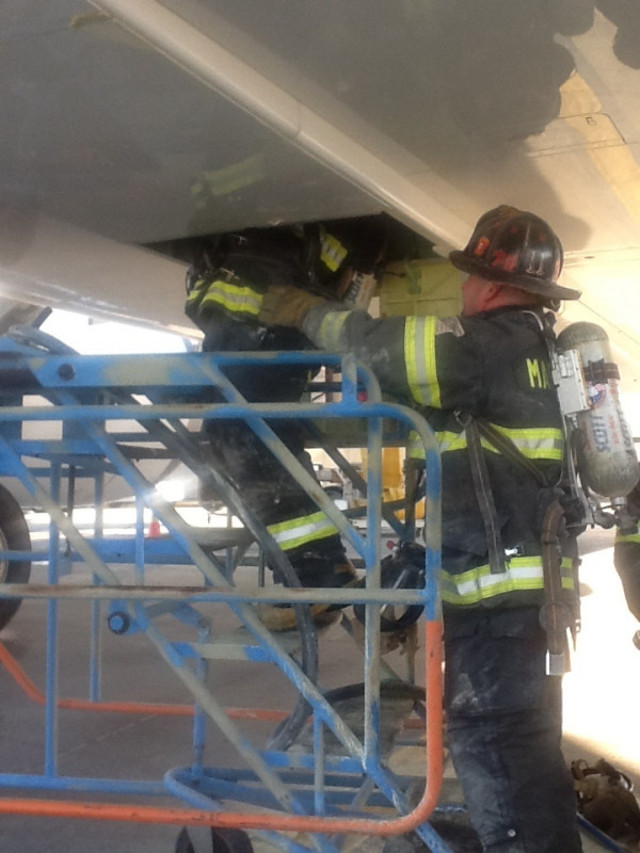 The 787 landed at Logan at 10:05 local time and smoke was detected in the cabin by a mechanic at 10:30, says Massport. The airport's fire and rescue teams were then called to the scene and detected a heat signature in the "mid-section of the aircraft".

On 4 December, a United Airlines 787 diverted to New Orleans International airport shortly after take-off from Houston International after the flight crew reported an electrical malfunction and declared an emergency. The glitch was originally attributed to the 787's power generator, but later assigned to the power distribution panels inside the same aft electrical equipment bay.

Two weeks later, Qatar Airways publicly complained that a newly-delivered 787 had to be grounded for several days to correct a similar problem. More recently, LAN also has expressed concerns about the reliability of electrical and cooling systems on board the 787.