The chairman of the US Senate House Armed Services Committee says lawmakers aren't likely to authorise the retirement of any more legacy warplanes until there is “no doubt” that the Lockheed Martin F-35 Lightning II can adequately fulfil its intended roles.

The statement by Senator John McCain at a Joint Strike Fighter congressional hearing on 26 April comes as members of the House Armed Services Committee (HASC) consider legislation to outlaw retirement of the Fairchild Republic A-10C, at least until the F-35 completes its initial operational evaluation and comparison testing with the “Warthog”. The Air Force wants to start drawing down A-10C squadrons beginning in fiscal 2018 and the final airframe would move to desert storage in 2021.

The F-35 isn’t expected to begin its operational assesment until late 2017 or perhaps even some time in 2018, but language included in HASC chairman Mac Thornberry’s mark of the fiscal year 2017 defence policy bill would retain 171 A-10Cs until JSF operational testing is complete. 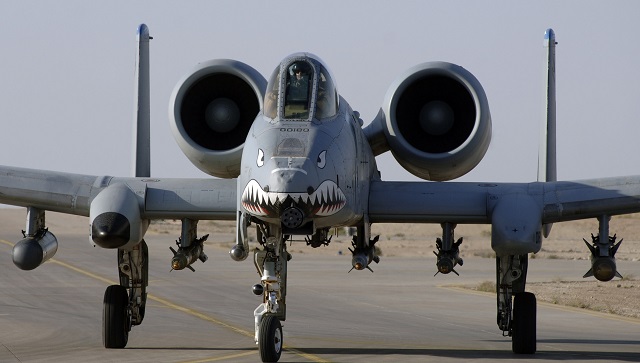 The Pentgaon's current programme of record buys 2,443 Lightning IIs for $379 billion through 2040 to replace the A-10, F/A-18, F-16 and AV-8B. Comparison testing between the F-35 and those platforms is meant to certify that the $100 million multirole fighters can successfully accomplish every mission assigned to those types, including close air support (CAS), surface attack, suppression/destruction of enemy air defenses, offensive and defensive air warfare and aerial reconnaissance.

The US Defense Department’s director of operational test and evaluation J Michael Gilmore said at the congressional hearing that the F-35 won’t exactly match the close air support capabilities of A-10, which was designed in the 1970s expressly for that purpose, but it might perform the role better in a high-threat combat scenario.

However, the F-35’s higher fuel burn rate, weapons limitations and smaller gun put it at a disadvantage compared to the A-10, he notes.

Gilmore says if a combat-loaded F-35B jump jet travelled 250nm to provide air cover for troops, it could only spend 25-40mins in the area before refuelling compared to 1h without external tanks for the A-10.

“Recent exercises involving the use of F-35A and F-35B aircraft in limited close air support mission environments have shown that the fuel burn rate with internal weapons – two bombs and two air-to-air missiles – is 10-20% higher than the F-16, depending on the variant, and about 50-70% higher than the A-10,” Gilmore notes in written testimony.

Gilmore and Pentagon acquisition chief Frank Kendall said at the hearing that the F-35 will perform the CAS mission very differently to the A-10 and will rely more on precision weapons like the Boeing GBU-39 Small Diameter Bomb, a weapon that has made even the Cold War Boeing B-1B bomber an effective CAS aircraft.

Kendall says he is a “huge proponent and fan of the A-10” but there isn’t enough force structure or funding available to the DOD continue operating single-mission aircraft. 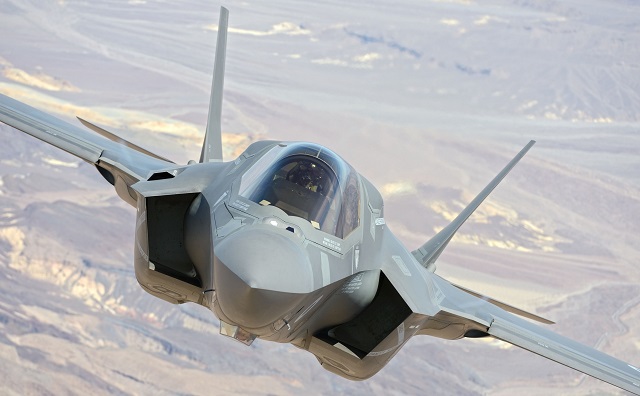