Croatia's air force has received all its long-delayed refurbished Mikoyan MiG-21bis-D fighters and UMD-model trainers from the Ukrainian Ukrspecexport organisation.

The delivery of seven overhauled aircraft plus five additional single-seat examples under the €13.9 million ($19.3 million) contract enables the country to field one fully operational fighter squadron, and will bridge the gap until a new type is acquired.

Croatian sources blame the delays on issues with integrating the new navigation and communication equipment from Czech supplier CLS, as well as challenges caused by digital-to-analogue signal conversion. Zagreb says it will claim “penalties specified in the contract” for the late delivery.

The final aircraft - serial number 134 - was received after final flight tests were carried out by the air force on 16 July, and the squadron was lined up and officially unveiled in full strength in the presence of Croatia’s top military officials. 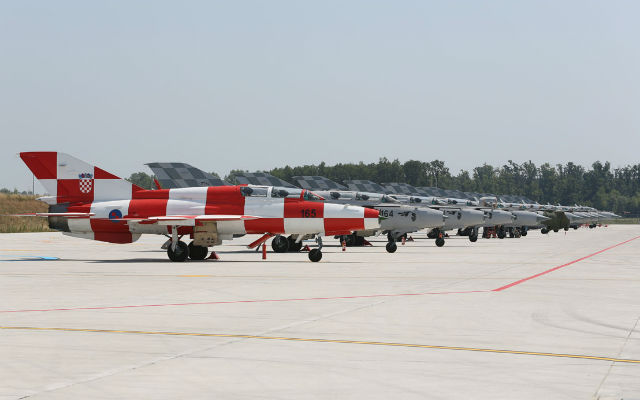 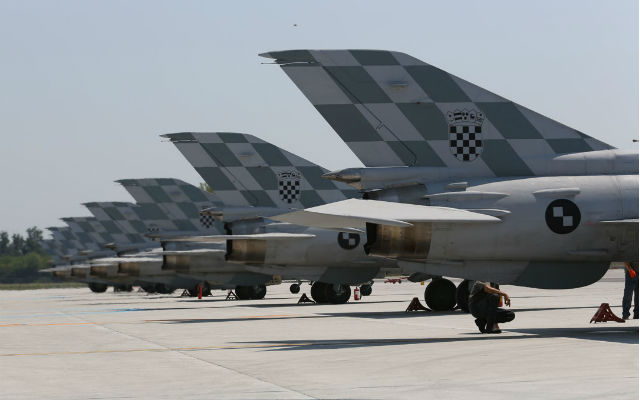 The Croatian state defence council, chaired by President Kolinda Grabar-Kitarović, announced in April that Zagreb was to maintain a combat fixed-wing fleet, which restarted a programme to replace the fighter force.

The defence ministry confirms that it has sent requests for information to several companies and embassies as a first step in the acquisition of the new combat type.