Finland has defended its purchase of NH Industries NH90s as it takes delayed delivery of the first of 20 tactical transport helicopters. The first aircraft was handed over to Finnish army aviation by Eurocopter on 12 March.

A report on Helsinki’s NH90 procurement, ordered because of serious delays to the programme, says Finland “made a good contract and received good compensation” for the delays.

“There is strong reason to believe Finland has chosen the right type of helicopter,” the report says, citing its suitability for international co-operation.

Finland ordered the 20 NH90s in 2001 as part of the three-nation Nordic Standard Helicopter Programme. Deliveries were scheduled to begin in 2005, but fell “badly behind schedule”, says the ministry of defence. 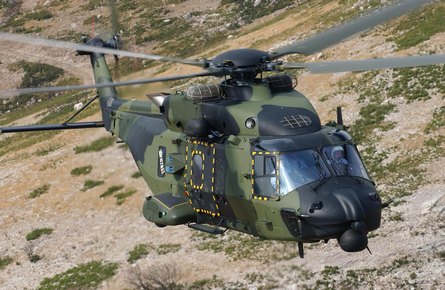 The report blames the delays on the fact NH Industries was a new joint venture and the NH90 was still undergoing development when the order was placed. “The project timetable was too ambitious,” the report says, but “both parties have been acting in good faith”.

The NH90s will replace the Finnish army’s Mil Mi-8s. Of the 20 helicopters, 19 will be assembled by Patria in Finland, with the first to be delivered in April. Including NH90s for Sweden, Patria will assemble 50 helicopters.