As a child growing up in Taiwan, Peter Chang recalls travelling to the market with his mother. For years, much to his bewilderment, she always selected the same vendor from a line of identical shops. But then one day, Chang noticed that after his mother had paid, the vendor slipped three green onions into her bag. This weekly exchange gave Chang an early indication of the importance of building loyalty – something key to his approach during a career in aviation spanning nearly four decades.

Appointed president and chief executive of CDB Aviation Lease Finance in January 2017, Chang began his career in aviation with US manufacturers, but has been a part of the aircraft leasing community for more than 30 years. Along with many other heads of leasing companies, he is a member of the Guinness Peat Aviation gang – the splintering of which gave us many of today's top lessors. 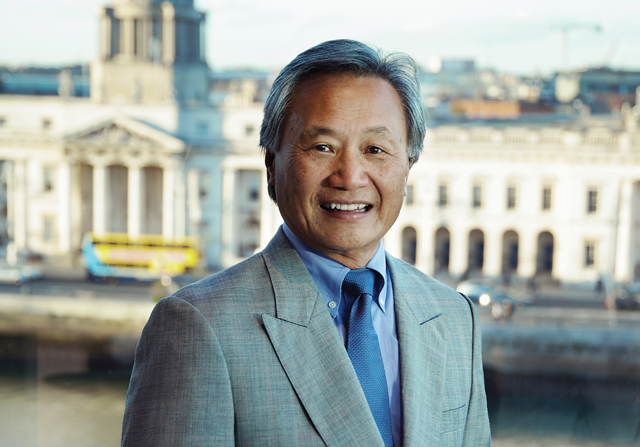 From early in his childhood, Chang was keenly aware that aviation could be his calling. A black and white photo of his father in a fighter jet mesmerised a young Chang, and a few years after finishing his MBA, Chang, who had written his graduate thesis on doing business in China, joined McDonnell Douglas.

As Chang dubs it, he was witness to the "ceremonious beginning of modern Chinese aviation".

At a time when much of the capital dedicated to aviation is flowing in from Asia – and, in particular, China – Chang holds an enviable position, having held roles at leasing companies and manufacturers alike. His resume in an alphabet soup of some of the most prolific companies in the history of aviation.

During his four decades in the industry, he has worked at leasing businesses including GPA, ILFC and Aircastle, and also at OEMs such as Boeing and McDonnell Douglas. Throughout his career, he has worked as the point person for Chinese airlines within those respective companies.

With China's demand for aircraft forecast to increase exponentially over the next two decades, a person with Chang's skillset was a high priority for China Development Bank as it looked to expand its aircraft roster of leasing customers outside of China.

When Chang was appointed, CDB Leasing chairman Wang Xue Dong said it was the executive's familiarity with Chinese and Western cultures that would help the company move forward. "Our company’s promising future… is in the hands of an experienced industry leader, who not only was the first to start aircraft operating leasing in China but who also has a proven track record for growing companies and increasing their value by building strong teams and expanding into new markets," he stated.

Chang replaced Donal Boylan in January 2017, with a vision to internationalise the company. On-boarding Chang was a relatively easy conclusion, particularly given his connections with the global aviation community in leasing, manufacturing and airlines. Chang, who had been consulting with the company through his venture China Aviation Advisors, was a natural fit.

"This is the first opportunity that I thought was going to be tough – not only because I'd be transforming a Chinese entity into an international one, but because we were transforming banking into a business," Chang recalls.

At the time, Chang's goals may have seemed lofty. He set his sights on growing the company from $10 billion to $40 billion. 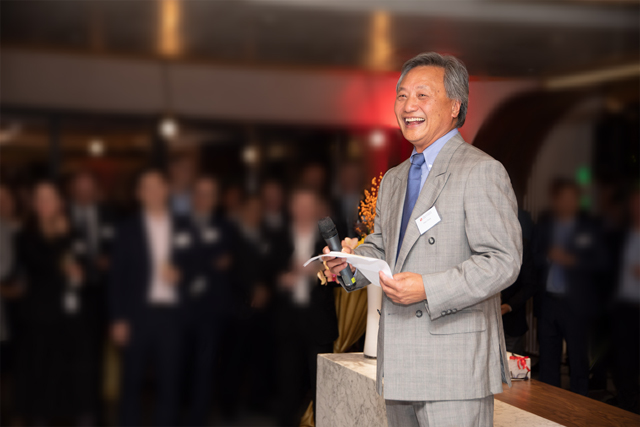 Meanwhile, he set out to Westernise a Sino-focused business, endeavouring under his stewardship to make the lessor more outwardly focused in line with the global nature of aviation.

His first "presidential decree" as Chang describes it, was to "stop writing emails in Chinese".

But, more than anything, he faced a human resource issue. Part of Chang's challenge in his new role was convincing his parent China Development Bank to give him the financial resources to be able to attract and retain talent.

Since the start of 2017, CDB Aviation has hired over 80 people, in roles ranging from back-office support to senior management.

Like many of its Chinese peers, when CDB Aviation was established, the lessor primarily focused on domestic airlines.

"We inherited this platform with an even higher Chinese-centric portfolio," says Chang.

At the end of 2016, the company leased nearly 60% of its 172 aircraft to Chinese carriers. Today, CDB Aviation has 212 aircraft with orders for over 180 jets, Flight Fleets Analyzer shows. In two years, Chang and his team have increased the committed portfolio by almost 40%, adding more than 12 new international customers.

"You have to match supply with demand and you can't do that on one single continent," Chang says.

The goal is to get the fleet composition to 45% Asia-Pacific (including China), 35% Europe, the Middle East and Africa and the remaining 20% in the Americas and the rest of the world.

"In two years, we as a team have achieved more than any other entity I've ever worked for in my 40 years of experience," says Chang.

Earlier in 2018, Chang told FlightGlobal that the company was targeting a sweet-spot of 600 for the total fleet size. "It's a critical mass kind of target," he says. "It's about being relevant with purchasing power and being able to service your customers worldwide."

Doubling-down, Chang says while the figure is a four-year target, he thinks it may only take three years.

"I'm very optimistic that we'll get to the number because the industry is changing and the majority of players have not gone through this before, so I see many opportunities." 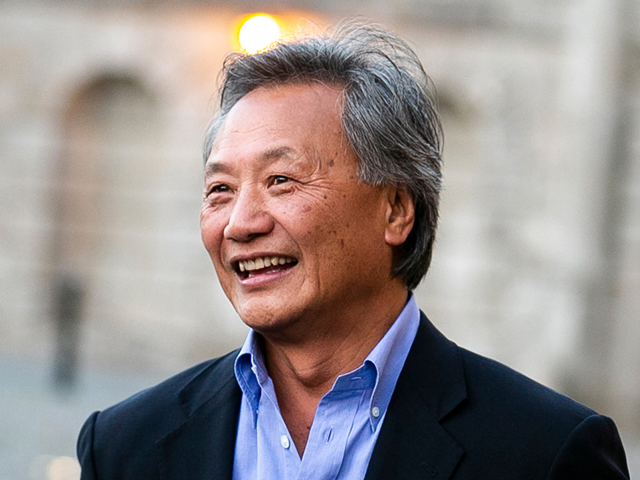 CDB Aviation is growing through sale-and-leasebacks, aircraft trading, mergers and acquisitions, and direct orders with the manufacturers.

Most of the company's transactions in 2018 closed in the backend of the year. In December alone, it was involved in two major transactions: the purchase of a 12-aircraft portfolio from Standard Chartered and an eight-Airbus A330-300 sale-and-leaseback with two airlines owned by the HNA Group.

The HNA deal comes at a time when the group is distressed due to it amassing large debts – the result of a three-year global spending spree. Chang explains: "It's a combination of following our business model, opportunities with the manufacturers – a relationship we price very highly – as well as the airline. We had the capacity to execute, so we did."

HNA is one of CDB Aviation's largest customers, with its subsidiary airlines accounting for nearly 30% of the lessor’s exposure in China, according to Flight Fleets Analyzer.

CDB Aviation also continues to look for M&A deals. While it was often in the data room for 2018's trades, the company did not execute any large-scale purchases.

"It's been an exciting, yet tough year," Chang says of 2018. "We looked at a bunch of portfolios – kind of like dry runs – and we learned a great deal from that."

During the past few years, aircraft leasing has been extremely competitive, driving up prices, particularly as investors with differing return hurdles have entered the market.

Speaking about the frothiness in the leasing market, Chang said in January 2018 that the market had "tipped", calling some players "irrational". "If there's too much of a good thing, eventually, it disappears," he said at the time. "I think we've reached a tipping point or passed it.”

Much of the pressure on lease rates is blamed on the Chinese lessors. Having worked in country for many years and given his role leading a Chinese leasing firm, Chang is well positioned to comment on the role of such lessors in distorting the market.

"The content of the leases has deteriorated terribly," he says, pointing to a falling standards of maintenance reserves and security packages. "It doesn't do anyone any good where an entire discipline has been downgraded," he laments.

While Chang admits that this behaviour has started to contaminate the market outside of China, because inevitably customers will be enticed by low prices, he says non-Chinese carriers remain rational.

"I don't expect that to last very long because I think the international market is starting to see there's more value than just the lowest price," he says. "The long-term players won't play that short-term game."

But all good things usually come to an end, and a rebalancing is imminent. "As some less-experienced and less-disciplined lessors leave the space, along with higher interest rates, lease rates will rise again. It's just math."

As 2019 begins, Chang says he sees more purchasing options, noting that opportunities are highest when the business is in flux. CDB Aviation is therefore prepping for significant business next year.

Along with its near-200 outstanding orders, CDB Aviation will continue to grow via all the regular channels in order to reach that 600-aircraft target. One of the things that will aid this growth is access to cheap funding.

Being owned by one of China's three sovereign banks – and one of the biggest banks in the world – is a comparative advantage in Chang's view.

"Because I don't have to do things to appeal to an analyst on a 90-day basis, we can make a big order or make big PDP [pre-delivery] payments where financially some might consider that a drag.

"The biggest part of our comparative advantage is our owner," he notes.

Since taking the helm in early 2017, Chang has maintained that what makes CDB Aviation a formidable competitor with today's biggest players is its low-cost funding, which comes from a reliable source.

Yet, so much of Chang's philosophy comes down to business integrity and the strength of relationships. As exemplified by the HNA deal closed in December, Chang believes the role of the lessor is to help customers in times of need – as well as the good times – in order to develop loyalty.

It is what Chang’s mentor, and former president of McDonnell Douglas, Jim Worsham used to tell him: "Leave a silver dollar on the table." Or, as Chang observed as a young boy, building trust and loyalty by giving away a few green onions once a week.

Reflecting on nearly 40 years in the aviation industry, Chang is humble, suggesting that had he not been in the right place at the right time, the cards may not have fallen the way they did. He therefore remains grateful for the opportunities afforded to him.

"Its kind a surreal as I look back on my career," he says. "It's almost as if it was written by someone else, and I just played a part."

His mentors played a huge role in his development as a manager, a job he reluctantly grew into late in his career.

"I've stayed away from management my entire career because I wanted to have the freedom. This is the first time, I would say reluctantly, that I took a management role. And it's been the most challenging. It's also been the most rewarding."

The former chairman of China Southern Airlines and Chang’s friend Yu Yanen taught him about the importance of perseverance and endurance. "He set the groundwork for China Southern 30 years ago that they still enjoy today."

With his contract expiring in 2020, Chang views his role at CDB Aviation until then as similar to that of a father preparing a toddler to walk on his own.

He remains coy about whether or not he will renew his commitment.

"I don't believe in long-term incentive programmes," he says. "I think old people should step out of the way for young people."

Given his deep roots in aviation, it is hard to imagine that even if Chang exits his role as chief executive, he will not turn up somewhere else within the organisation, or indeed elsewhere in aviation like so many of his fellow ex-GPA colleagues.

"Everything we've done here over the past two years is not about today, it's about tomorrow. That's the promise I made to the CDB board of governors."