How Russian airlines are impacted by Bermuda fly wrangle

Some three-quarters of Russian airlines’ commercial aircraft are foreign-built airframes, evidence of the enthusiastic adoption of Western types made accessible after the break-up of the Soviet Union three decades ago.

Such is the dependence on Airbus, Boeing and other Western manufacturers that the aircraft – mainly tied to registries in Ireland and Bermuda – have become pieces in an economic chess game, as Moscow seeks to maintain connectivity in the wake of sanctions on the air transport sector. 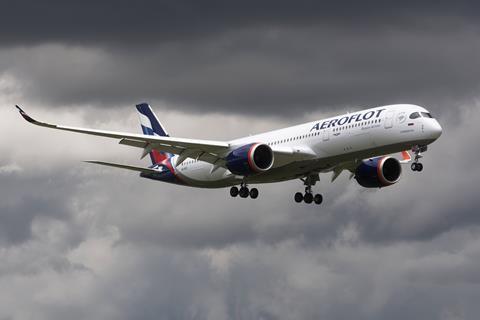 Aeroflot’s A350-900s were on Bermudan register

Around 700 aircraft across 25 Russian carriers are registered with the Bermuda Civil Aviation Authority, visibly illustrated by their ‘VP-B’ and ‘VQ-B’ prefixes. Located in the western Atlantic, Bermuda has the status of a British Overseas Territory and is regulated by the UK transport ministry.

The Bermudan authority promotes its registry as being ICAO-compliant with a “solid reputation” for being safe and well-regulated, while offering “competitive” fees, a globally distributed inspection team, and potential favourable tax treatment.

Safety oversight duties associated with the aircraft on the registry are shared between Bermuda and Russia under an ICAO protocol known as Article 83bis.

This protocol assists with structuring cross-border aviation transactions to increase regulation of aircraft operated by countries considered to present higher risks to lessors or financiers.

Article 83bis provides for the transfer of certain functions and duties from the state of registration to the state of operator, including those for airworthiness certification, personnel licensing, and rules of the air.

Russia and Bermuda have had a corresponding bilateral agreement in place since 1999. Under this agreement Bermudan authorities retained the airworthiness tasks but handed over the licensing duties to Russian regulators.

Federal air transport regulator Rosaviatsia has, over the past few years, strived to set up a new national airworthiness system capable of accepting foreign-built aircraft and implement a phased transfer of aircraft to the Russian registry. Carriers such as Utair and Azur Air have domestically registered types including Boeing 737s, 757s and 767s.

This registry has become a useful tool after the Russian government sought to keep hold of aircraft operated by the country’s carriers, and thwart lessors’ efforts to retrieve them, when sanctions were imposed on the Russian civil aviation industry.

Russia’s transport ministry drafted new legislation outlining conditions for returning leased aircraft to foreign lessors, including approval from a government committee. It covers procedures for leasing, insuring, operating and maintaining foreign aircraft – as well as settling obligations – under the sanctions.

If lessors demand early return of aircraft or engines, the draft states, the lessee shall return them “based on the decision” of a government commission on import substitution.

In the absence of such a decision, it adds, the lessee will be able to continue using the equipment in accordance with the provisions of the contract. 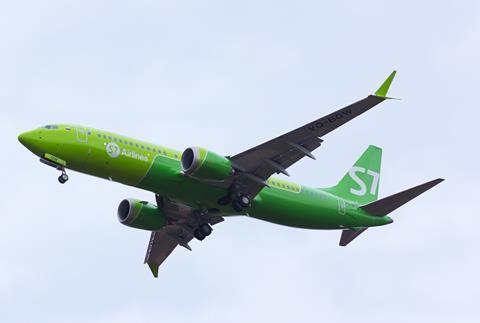 The draft also states that payments between lessors and lessees will be carried out in Russian currency – the rouble, which has sunk in value against the US dollar since mid-February – in a manner set out by the Central Bank of Russia.

Without collaboration from the leasing carrier, he says, tracking down aircraft could be difficult and their retrieval would be complicated by airspace closures. Brandenburg also argues that the short EU sanctions deadline of 28 March for repossessing aircraft is “unrealistic”, given the length of time required under normal circumstances.

But the longer the aircraft remain in Russia, the trickier their extraction becomes. With reduced accessibility a consequence of the sanctions regime, the Bermuda Civil Aviation Authority suspended all certificates of airworthiness of aircraft under its jurisdiction operating in Russia.

The regulator introduced the restriction from 13 March, and says the sanctions have had a “significant impact” on its ability to maintain safety oversight, adding: “The airworthiness system has been restricted to the point that the [authority] is unable to confidently approve these aircraft as being airworthy.”

This measure technically grounded much of the Russian-operated fleet, but this failed to prevent airlines continuing to use the aircraft while the government sought to circumvent the legal obstruction with plans to transfer them to the Russian domestic registry.

Russian prime minister Mikhail Mishustin suspended the bilateral agreement with Bermuda, which notified its regulatory counterparts – as well as carriers – of the decision to withdraw airworthiness approval.

“This will create conditions for the registration of civil aircraft in the Russian state register and remove the risks for passenger air transportation,” Mishustin’s office stated.

“Transfer of aircraft to the Russian state register will enable [Rosaviatsia] to monitor airworthiness maintenance, instead of foreign regulators.”

But while aircraft can be moved between registries, says the Bermuda Civil Aviation Authority, dual registration is “strictly forbidden”. The authority can only deregister aircraft on request from the owner but it claims that several aircraft still attached to its registry were illegally added to the Russian register.

The Bermudan regulator says the bilateral Article 83bis suspension has “no meaningful impact” because, under civil aviation rules, the Russian-operated aircraft on its registry have been legally grounded.

If anything, the decision reinforces the prohibition on flying the aircraft because, it says, the suspension means the regulatory duties transferred to Russian authorities automatically revert to Bermuda, as the state of registry – including the oversight of personnel licensing.

“The most significant impact from the suspension of the [bilateral] is that a Russian pilot licence is no longer valid to fly a Bermuda-registered aircraft,” says the authority.

This reversion also covers the ‘rules of the air’ duties, although the effect of this is negligible because such rules are generally aligned between countries.

While the number of aircraft added to the Russian registry is difficult to ascertain, Rosaviatsia has been approving maintenance extensions for several carriers, enabling their facilities to conduct servicing work on Russian-registered fleets.

Aeroflot Group’s maintenance division, A-Technics, has secured authorisation, following an audit, to conduct servicing on several Airbus and Boeing types on the domestic registry. A-Technics says that it will be able to work on Airbus A350 and A320-family jets, as well as the 777, 747-400 and 737.

Russian leisure carrier Azur Air has been granted similar clearance to conduct maintenance on 777s and 737s. It obtained permission several years ago to service Russian-registered 757s and 767s.

Azur Air says the approval will enable it to ensure airworthiness of its fleet, and support third parties as an independent maintenance provider.

Siberian operator Yakutia has similarly been approved for 737 maintenance on domestically registered jets, and it plans to obtain further clearance for De Havilland Canada turboprops.