Few treasurers can rival the range of experience that Pam Hendry has gained during her three decades in aviation.

After 25 years at ILFC, where she served as treasurer for 18 years, guiding the company through troubled times during the financial crisis, she is braving Chicago winters after a move to United Airlines nearly six months ago. 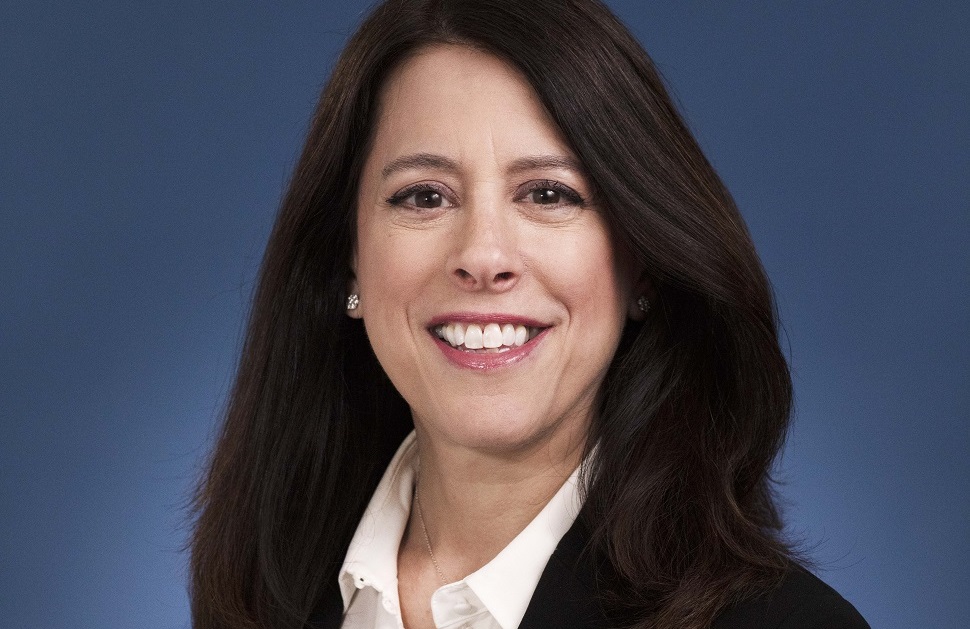 Veterans of aviation tend to have stayed within a silo of the industry, rising through the ranks at manufacturers, or airlines, or aircraft lessor – see the many Guinness Peat Aviation alumni who began their careers working for Tony Ryan and now sit at the helms of leasing companies. Rarely does an experienced pro make the transition from aircraft leasing to one of the largest airlines in the world.

The shift made by Hendry is a product of her deep corporate finance background and the uniqueness of her experiences both during good times and bad.

In taking over as United treasurer on 7 January, she followed the footsteps of industry legend Gerry Laderman, who became the airline's chief financial officer in April 2018 after acting in the role since the previous year.

The two have known each other for decades as aviation industry peers, but they never worked together directly, being treasurers of different companies.

"When I knew him before, it was primarily through the fact that we both did financing," says Hendry, noting the two sat on conference panels together. "But what he does and knows and understands is so much more than that. He makes CFO look easy."

As United's treasurer, Hendry is not just responsible for corporate finance but also a broad range of areas including risk management and treasury operations.

When Hendry left ILFC in 2014 it had no more than 200 employees. On the other hand, United, one of the largest airlines in the world, has over 90,000 employees.

The numbers tell a lot. United operates over 4,000 flights per day, and moved more than 150 million passengers last year. Making it a successful operation requires integration of different parts of the business. And as Hendry points out, leasing is a capital-intensive business but not labour intensive, while airlines are both capital and labour intensive.

"I knew a little bit about my customers but I really had no idea how exciting and varied the work would be. And, how much goes on every day to make an airline work," says Hendry.

More generally, there are just more angles to consider at an airline, she notes.

"There are so many things that we need to do every day to make sure we honour the customer that has nothing to do with the cost of capital," Hendry notes.

For instance, at a lessor the income statement lists interest expenses as an above-the-line item, whereas at an airline they are below the line because they are not an operating cost.

"The cost of capital is vitally important to the business but there are many other things that go into CASM [cost per available seat-mile]," Hendry points out. "There are so many constituents who are important to the bottom line in an airline that I really need to understand it's not just about the financing costs."

"My mantra is: 'As a treasurer, I do no harm,'" says Hendry. "All of the financings I put in place – whether it's at the corporate level or at the individual level, on an individual aircraft or even a portfolio of aircraft... whatever I do needs to be transparent and flexible to support the organisation doing its business."

In 2009, as a subsidiary of AIG, ILFC went through its own crisis. As the insurance giant faced an $85 billion bailout, ILFC indirectly came under the umbrella of the US Federal Reserve, which would end up extending about $180 billion in total to its fraught parent.

Hendry looks back on this period as challenging, but more from an educational perspective than from a financing one. She recalls having to explain the difference between the risks associated with owning aircraft and the collectability of a loan or an insurance-claim mitigation.

"Trying to translate aircraft lingo to an insurance company was a challenge, but I think that was unique to my situation," she says.

Amid AIG's issues, the ratings agencies cut ILFC's credit rating to junk, compromising its ability to raise funds in the capital markets. As a standalone business, ILFC continued to lease aircraft with little interruption.

With the capital markets unviable, ILFC drew down all its lines of credit. The company had more than $6 billion in backstop facilities, which it was forced to access as the commercial paper market dried up in order to repay debt.

"The things that I learned were that the protections I put in place in the financing agreements, worked. United already does that because Gerry has been through so many cycles that he's also put in those types of protections that allow the airlines to operate through the cycle.

"That's what you need to do: put in a capital structure that's flexible enough to withstand the cycles and that has a very robust liquidity profile," Hendry says.

At United, the $6.1 billion liquidity balance – a combination of cash and a revolver – is geared toward protecting the organisation and giving it a strong balance sheet through the cycle.

"We know that this industry is very cyclical. More importantly, those cycles can be very gradual but also cliff-like," says Hendry. "I came into an organisation where we're very well protected.”

During the first decades of 21st century, the US majors went through a significant period of consolidation after hemorrhaging cash for years. Unrestricted cash totals $4.1 billion at United, $4.4 billion at American Airlines and $4.9 billion at Delta Air Lines, so industry analysts believe the US majors have strong liquidity to weather the next recession.

"It will be interesting to see how the US airlines are able to withstand the next downturn. The fundamental strength that United has going into the next downturn will be something we’re all focused on."

While Hendry declines to place a wager on where the industry is in the cycle, she observes that a downturn is inevitable and that surviving it comes down to figuring out how to make your business sustainable through the troughs.

"Aviation needs to exist," she says. "However you think about the shipment around the world of people and goods – it is vital to the world."

After three decades in the industry, Hendry says there's nothing like it. "Aviation is infectious because you need to know what's happening everywhere in the world all at once."

Her story is one of tenacity. She sets out the philosophy that guided her early on in her career: "Make yourself as useful as possible. And say yes to opportunities presented to you, because you have to try everything."

Unlike many plane spotters who get into aviation because of pure passion for the flying or the metal, Hendry's first brush with the industry was not a case of love at first sight.

After graduating from the University of California in Santa Barbara, with a major in business and economics, she began a search for her first accounting job. Her goal was Hollywood – or being a production accountant in the Los Angeles entertainment world.

While she dreamed of showbiz, she was assigned to an aircraft leasing account – ILFC, which would eventually recruit her for an in-house role in 1989.

"There was no shortage of work to do for people who wanted to work hard," says Hendry. These were ILFC's early days, when it had about 25 employees and just over 100 aircraft.

The early 1990s were a time when there was very little female representation in aircraft leasing.

"When I started in this industry, I was one of very few women, but I never thought about it…I didn't think that it impacted my trajectory," says Hendry.

She recalls meetings, negotiations and dinners at which she was the only woman present, though does not characterise these memories as negative ones.

In September, IATA wrote in a statement that "fewer than one quarter of the American aerospace workforce are women" and that the proportion in leadership roles was "even smaller".

Hendry believes "it’s not just about women, but also about having men understand and appreciate women in leadership roles". She adds: "The more time men spend working with women as leaders will help everyone forward."

She notes that the sector has more work ahead to ensure women are elevated into leadership roles.

For its part, United supports women through its sponsorship of the employee Business Resource Group, uIMPACT, which focuses on advancing women within United and empowering them for positive change.

But Hendry, who has been smashing the glass ceiling for more than three decades, now holds one of the most important finance roles at an airline that has nearly $25 billion of capital commitments coming down the pike over the next five years.