What keeps driving Bill Franke to invest in low-cost carriers

Every August, a group of geographically diverse airline managements gather in Montana for an annual review. They have a couple of things in common: they are all from low-cost carriers and each one has scored the support of Indigo Partners.

There, amid the state’s snow-capped mountains and green valleys, the senior executives discuss their businesses and try to learn from one another in order to improve their individual airlines.

This is all orchestrated by Indigo founder William A “Bill” Franke, the man often credited with creating the ultra-low-cost carrier model, along with Ryanair’s Michael O’Leary. 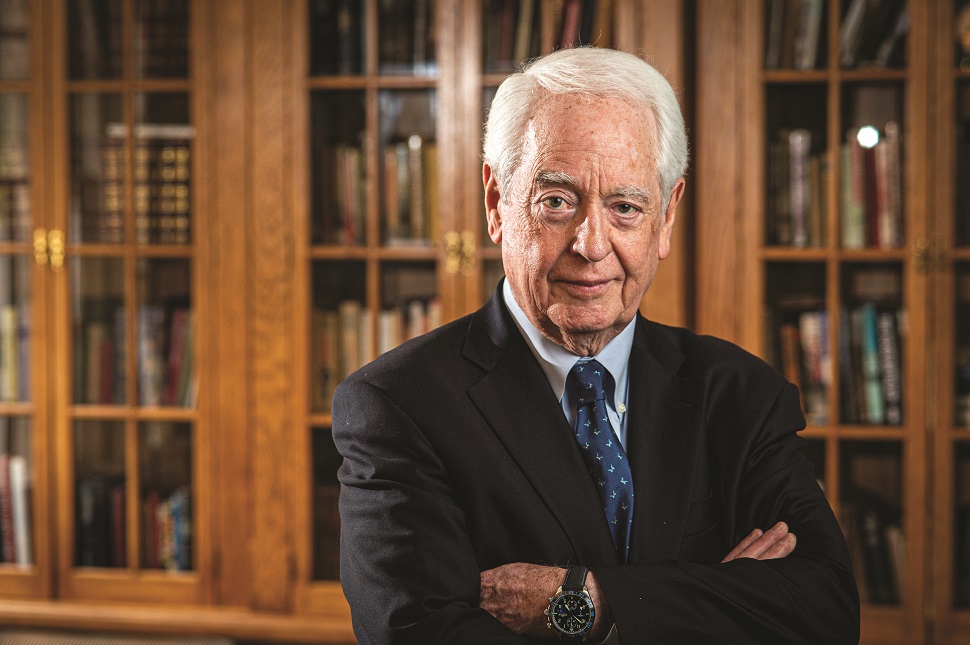 While investors such as Warren Buffett have stayed away from aviation, burned by its endless inefficiencies, Franke ran straight into the fire, realising that there was money to be made. And he could be the most influential aviation investor of his time.

Through his private equity fund Indigo Partners, which he founded in 2002, Franke has been associated with nearly a dozen airlines.

Acting behind the scenes, Franke has been responsible for the proliferation of ultra-low-cost carriers all over the world. Indigo’s portfolio includes, or has at some point included: Frontier Airlines, Spirit Airlines, Volaris and Wizz Air.

There is a simple formula to getting it right in aviation, according to Franke: it comes down to cost.

“We’re pretty careful about managing the model,” he says. “It boggles the mind what airline managements are inclined to do. At the end of the day, all of us want to own an airline we want to fly. And sometimes that’s not the airline the public needs.”

Perhaps it was precisely this outsider view that the US airline industry needed when Franke entered the sector in the 1990s.

His roots are in forest products – specifically paper. He was chief executive of Southwest Forest ­Industries – a Fortune 500 company – before his 40th birthday. This is where he learned how critical it is to have the lowest cost in the market.

“I had to figure out how to produce it [paper products] at a lower cost,” says Franke. “That was in my DNA.”

Having restructured Southwest Forest Industries, he went on to serve as chairman of the executive committee of the board of Valley National Bank, the largest bank in Arizona at the time (and now part of JPMorgan) to oversee its management overhaul. This helped to build his credentials as a successful restructurer.

In 1993, after taking on the chairmanship at Circle K, one of the largest convenience store chains in the USA, Franke was ready for his next challenge.

In a somewhat unconventional manner, the governor of Arizona called Franke, a successful chief executive in his fifties, and asked him to save his state’s airline. This is how Franke entered the aviation sector, for a sojourn that has lasted more than thirty years.

“I said I’d stay six months and I stayed nine years,” he recalls. 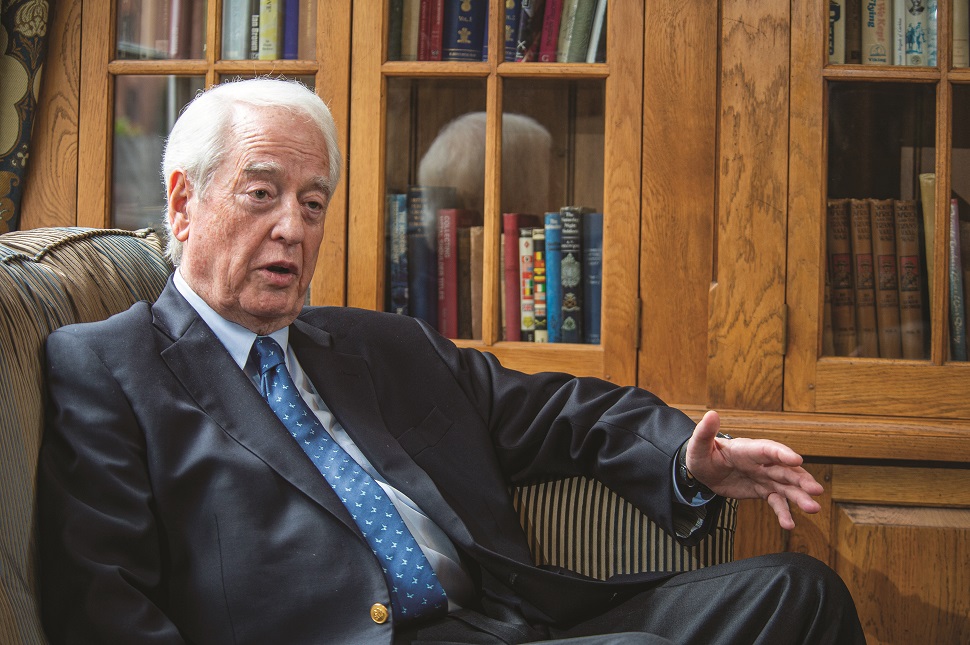 When Franke joined America West, the airline was in crisis. It came down to Franke to restructure the business, which was already in bankruptcy and failing amid strong competition from Dallas-based low-cost carrier Southwest Airlines on nearly 40% of its routes. The creditors had already filed to liquidate the company’s assets.

During the first few months of his tenure at the airline, Franke began to slash costs. Six months later, the airline was cashflow positive, which Franke attributes to reducing costs and increasing revenue.

He transformed the carrier into a low-cost operator and would lead the business from 1993 until 2001.

By the time he left in 2001, America West had the highest EBITDAR margin in the industry. It was during his years at the carrier that Franke says he learned how important efficiency and cost structure are to the success of an airline.

“That model has been consistently what we’ve installed in each of those carriers,” says Franke of his airline investments over the past two decades.

It was off the successes at America West that in 2002 Franke established Indigo Partners, his private equity firm that invests in low-cost carriers.

Indigo holds the record for the largest single aircraft order ever placed.

In November 2017, Franke cemented his aviation legacy, signing a memorandum of understanding for 430 Airbus A320neos at the Dubai air show. It was firmed a month later. The jets will be divided between Frontier, Volaris, Wizz and Chilean start-up JetSmart.

It was during one of the annual August retreats in Montana that Franke realised he could gain leverage in negotiations with Airbus through a bulk order.

At the time, Airbus was going through management changes, with commercial head John Leahy retiring, while Boeing was already adjusting to new management.

“They [the OEMs] were willing to engage with Indigo – which, typically, would be passed to its portfolio airlines,” says Franke. “And it was a groundbreaking concept.”

(More recently, in June at the Paris air show, IAG followed a similar strategy, committing to 200 Boeing 737 Max jets, which it will divide between its portfolio airlines.)

With such a large order, Indigo – or rather its airlines – was able to gain pricing advantage over lessors.

By securing slots for the most in-demand aircraft, Indigo ensured it achieved a good deal for narrowbodies, which it will sell to lessors and lease back at competitive market rates. Through these sale-and-leasebacks, Indigo expects its airlines to generate additional cashflows when they sell the jets at a profit to what Indigo paid.

“[The lessors] can’t match our pricing,” Franke says. “They’ll pay us more than [we paid for] the aircraft, which creates incremental cash flow.”

Several other airlines, such as Ryanair and Indian low-cost operator IndiGo (which is not an Indigo Partners airline), have operated a similar model: buying in bulk at a discounted price, then funding via sale-and-leasebacks in which they sell the jet for more than they paid.

Everything Franke does comes down to cost reduction to improve the bottom line: getting aircraft cheap, slashing inefficient costs, charging passengers ancillary fees, and so on.

The fund’s internal rate of return hurdle is 25%, and Franke says Indigo has exceeded that figure to date.

“I didn’t know we were going to have those kinds of returns,” he says. “But I was hopeful we’d have returns that outstripped the market.”

While Franke admits that it is hard to sustain such impressive returns, he says that Wizz and Frontier – Indigo’s longest holds – are both performing well. 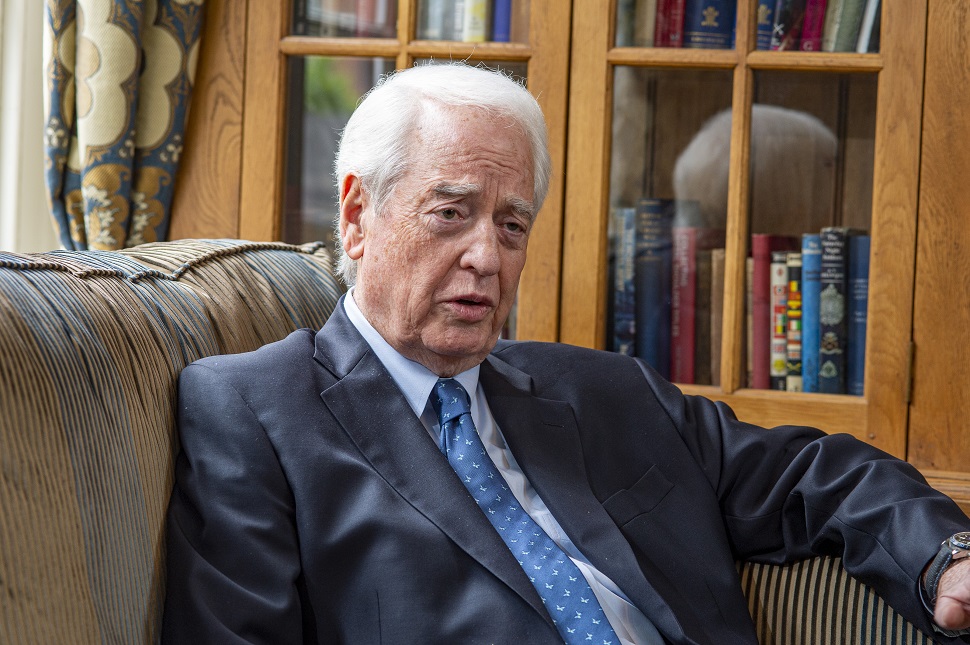 Earlier this year, Indigo was in negotiations with Icelandic carrier Wow Air to take a stake in the failing carrier.

The firm had proposed to invest $75 million in the airline, which it subsequently raised to $90 million, before walking away from the deal. Nearly a month later, Wow ceased operations.

At the moment, Indigo is working to get its Canadian ultra-low-cost carrier Enerjet, focused on visiting friends and relatives traffic between the USA and Canada, up and running. Indigo closed its investment in the carrier at the end of 2018, after Canada relaxed restrictions of foreign ownership of airlines in 2016.

Franke confirms that Indigo has an air operator’s certificate for the carrier and is in the process of completing its management team. Operations of the yet-to-be-named airline are expected to begin by the first half of 2020.

Indigo is always hunting for new opportunities. One market that the company has not yet ventured into is Brazil.

“It is a market that at some point we will take an interest in,” notes Franke, who spent some of his childhood in Brazil.

He describes the country as a “very complicated” market, for reasons including that it speaks a different language to the rest of Latin America.

“[Brazil] has had economic swings recently that mean you have to be thoughtful about your timing,” says Franke, adding that the government is keen for another low-cost airline to enter the market. “They recently changed the laws so you can own 100% of a Brazilian airline, which is very helpful.”

In June, the nation’s president Jair Bolsonaro signed into law the removal of all restrictions on foreign ownership of Brazilian airlines. Foreign investors are now allowed to own 100% of domestic carriers, with the sole condition that local personnel must operate the aircraft. Until the change in the law, foreign ownership of Brazilian airlines had been limited to 20%.

But whether or not Indigo enters new markets, Franke is confident in the potential of its existing investments.

“Our own view is that all the markets we serve have significant growth in front of them,” says Franke. “The [aircraft] order reflects a confidence in the marketplace,” he adds, referring to the 430-aircraft order Indigo placed in Dubai.

Currently, Indigo has airlines operating in South America, Mexico, eastern Europe and the USA, all of which Franke says are growth markets for the ultra-low-cost model – but some with more space for expansion than others.

Unlike in Europe, where the low-cost model has proliferated to cover a large proportion the market, in the USA there is still plenty of room to expand operations, says Franke.

“Look at what’s happened in Europe with Ryanair, EasyJet, Wizz Air – they have something approaching 40% of domestic traffic. In the USA a comparable number is 7-10% – so we have a long way to go.”

Frontier has seen its revenue per passenger increase by double-digit percentages since 2014. Most recently, it announced it would launch routes from Phoenix, taking on American Airlines, Delta Air Lines and Southwest. 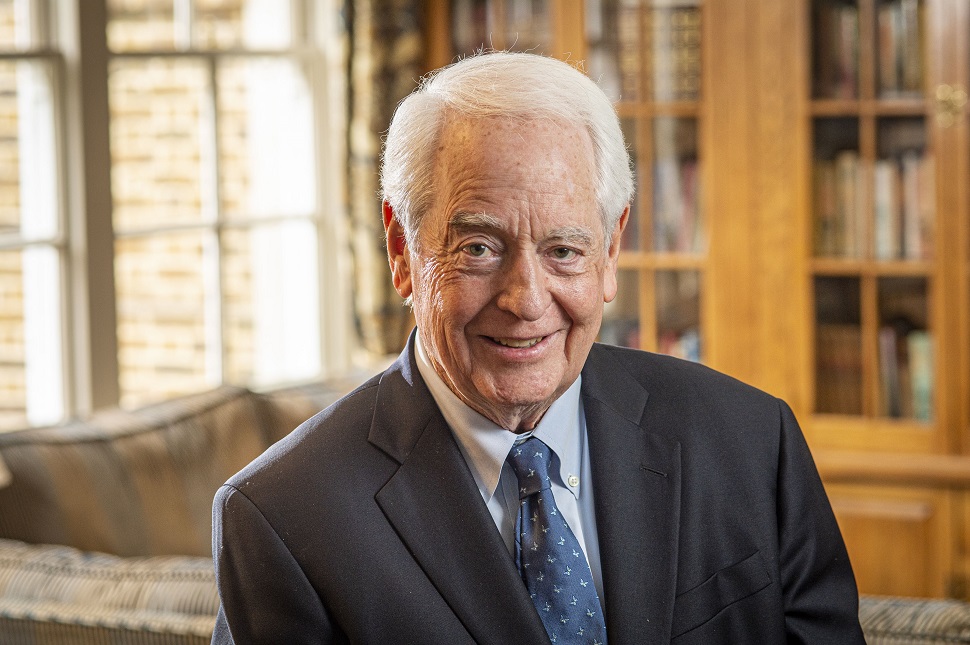 Mexico-based Volaris meanwhile focuses on visiting-friends-and-relatives traffic between the USA and Mexico, one of Latin America’s biggest markets.

Franke notes that geopolitics between the USA and Mexico have led to a depressed peso, hurting all operators in the market.

“The fact is, Volaris has the lowest cost in the market and is now the largest airline in the market. It’s just a question to get the stock to respond to the improving Mexican economy.”

One of Indigo’s recent projects was the launch of Chilean ultra-low-cost carrier JetSmart in 2017. The airline has continued to grow its footprint, winning rights to ­operate internationally around South ­America.

The carrier’s tagline is: “Flying smart is flying more and paying less.” It is exactly this ethos that Franke has deposited in the psyche of the flying community. And since 1993, he’s been a master of identifying passengers’ needs for economical transportation.

At 82 years of age, Franke is still hunting for investment opportunities as he continues to shape the industry, paying careful attention to what the travelling public needs and applying decades-worth of leadership to helping managements provide it at the lowest cost.

“It’s still an exciting space,” he says. “I think there’s going to be more consolidation in the industry and we’d like to be a player in that, so stand by.”