Australia has approved the first part of a two-stage plan to replace its Lockheed AP-3C Orion maritime patrol aircraft, announcing on 21 February that it has approved the purchase of eight Boeing P-8A Poseidons, and taken options on a further four. 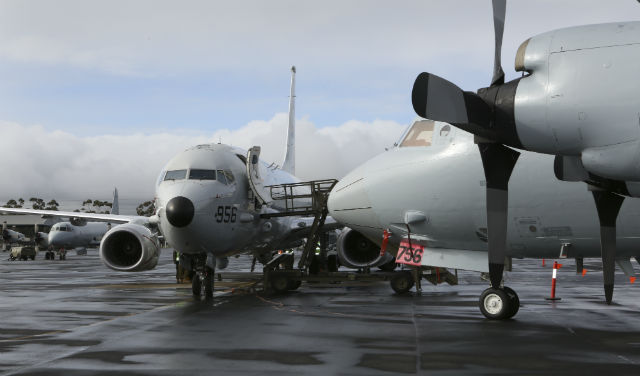 "These aircraft will work closely with other existing and future ADF assets, and the Australian Customs and Border Protection Service aviation fleet, to secure our ocean resources – including offshore energy resources off northern Australia – and protect our borders.”

The RAAF's 10 and 11 squadrons currently operate 18 AP-3Cs from Edinburgh air base in South Australia, and until recently two aircraft had been continuously deployed for over a decade in the Middle East in support of Australian and coalition operations in Afghanistan, Iraq and the Indian Ocean. Its Orions were acquired in two batches of 10 aircraft each in 1978 and 1986, and substantially upgraded in the late 1990s. One example was lost in a crash in 1992, and another retired in 2012.

Canberra had long favoured the 737-based P-8A to replace the type, having joined the US Navy’s then Multimission Maritime Aircraft development programme in 2007 as a minor partner. It had wavered in making a full commitment, however, due to budget constraints felt in recent years.

Australia’s first P-8As are likely to be delivered in an increment 2 configuration, which adds acoustic equipment and a maritime automatic identification system capability to the USN’s baseline increment 1 aircraft now entering use. The future standard will have sufficient capability to allow the RAAF to replace one squadron of AP-3Cs, and should achieve initial operational capability in 2019.

While a subsequent increment 3 standard has yet to be fully defined by the USN, it will include additional systems integration and network-centric enhancements, new weapons and a satellite communications capability. The RAAF will seek to declare full operational capability with this configuration in 2021.

Australia's new coalition government – which won power last September – has also long touted the virtues of Northrop Grumman's Global Hawk as a maritime surveillance platform. Then opposition leader Abbott said in 2010 that if he won government, “one major acquisition, as soon as possible, would be three unmanned Global Hawk surveillance aircraft”. 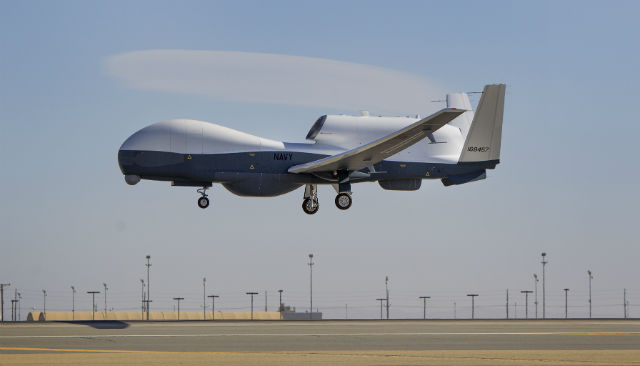 Now Abbott and defence minister David Johnston have raised the prospect of Australia acquiring the Global Hawk, in the form of the USN’s Broad Area Maritime Surveillance solution – the MQ-4C Triton. RAAF sources indicate that six or seven of the air vehicles are likely to be acquired, with a formal announcement expected later this year.

Initial reservations that the air force might not have sufficient capacity to induct two new maritime surveillance platforms concurrently without experiencing a dip in capability have been partially allayed in recent years, due to Australian personnel having gained experience operating the AAI Shadow 200, Boeing/Insitu ScanEagle and Israel Aerospace Industries Heron systems in Afghanistan.

A ground control centre for the Triton system is expected to be established at Edinburgh air base, with the unmanned aircraft likely to be staged throughout Australia’s northern bases, keeping them away from controlled airspace and closer to its northern and western approaches.