Russian carrier Transaero has unveiled a Boeing 747-400 featuring a special livery in which the entire nose section carries the image of a tiger’s head.

The aircraft (EI-XLN) has been painted to highlight the conservation work of the Amur Tiger Centre – located in Moscow and Vladivostok – which specialises in dealing with protection of Siberian tigers.

Transaero says that the 447-seat aircraft will also have parts of its interior passenger cabin modified with similar colouring.

“Careful conservation of wildlife is a task to which no-one should remain indifferent,” said the carrier’s chief executive, Olga Pleshakova, as the aircraft was unveiled at Moscow Vnukovo. 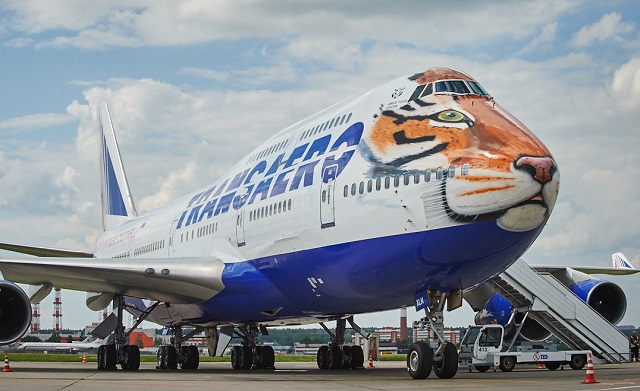