Mexican low-cost carrier VivaAerobus has taken delivery of its first new Airbus A320 from the airframer in Toulouse.

The Monterrey-based carrier placed an order in 2013 for 52 A320 family aircraft, comprising 12 A320ceos and 40 A320neos. VivaAerobus' first new A320 is registered XA-VAA, Flightglobal's Ascend Fleets shows.

“Our new fleet of A320s will enable VivaAerobus to continue enhancing our operational efficiencies by lowering our costs and fares for our passengers, while offering a significant upgrade with the A320 cabin comfort,” says Juan Carlos Zuazua, VivaAerobus chief executive. “We couldn’t be more pleased to integrate this new aircraft into our growing Airbus fleet and we look forward to expanding our network and allowing even more passengers to fly for the very first time.”

The carrier's A320ceos are powered by International Aero Engines V2500s, while its A320neos will be powered by Pratt & Whitney PW1100Gs.

VivaAerobus plans to deploy its first new A320 on domestic Mexican routes and on its flights to the USA. 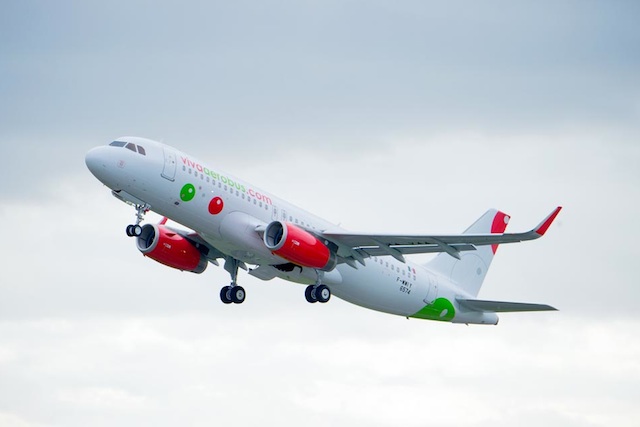