As Qatar Airways prepares to be the first airline to take delivery of the Airbus A350-1000, it has flown the aircraft on a photo-shoot flight from Toulouse with its latest A350-900. 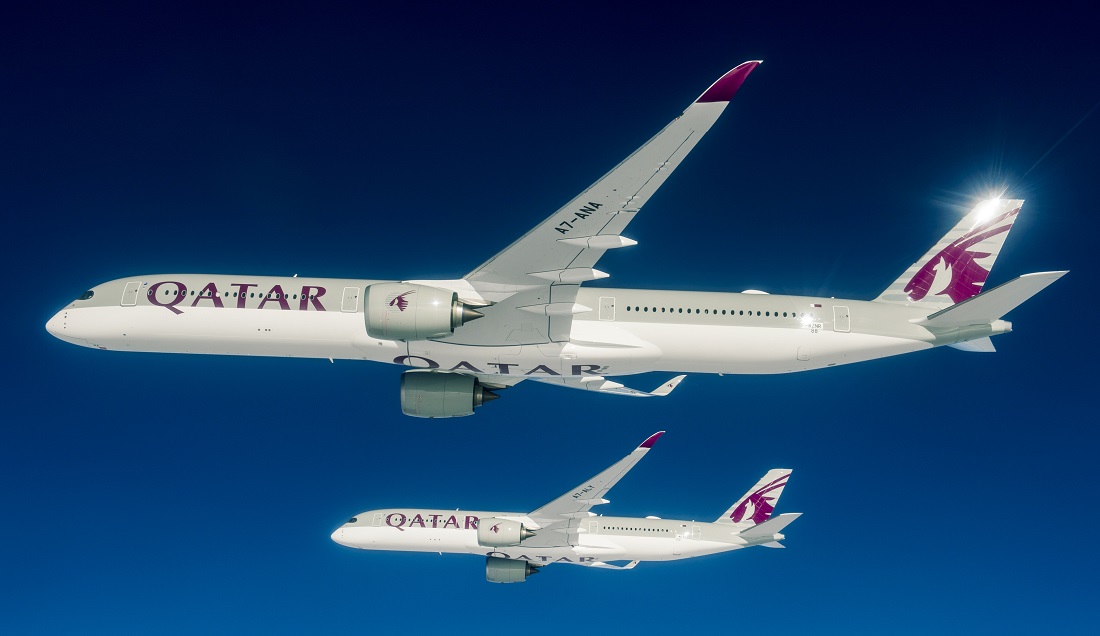 The Qatari flag carrier has orders for 37 of the stretched, Rolls-Royce Trent XWB-97-powered version of the A350. It is due to take delivery of its first A350-1000 imminently, following certification of the larger variant by European and US authorities in November. 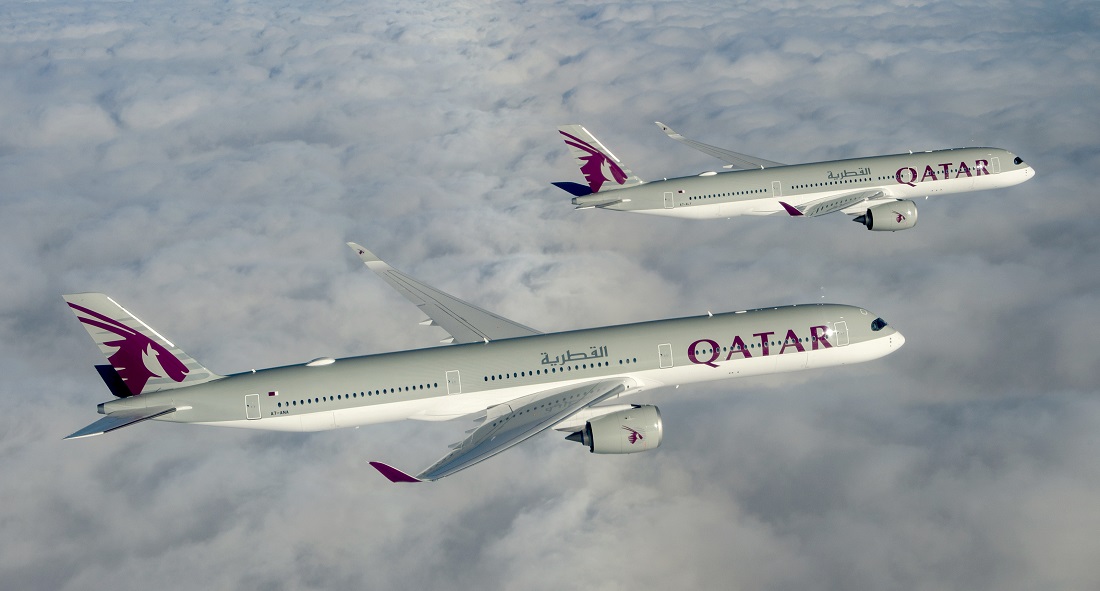 The airline’s first A350-1000, registration A7-ANA (msn 88), recently operated a formation flight from Airbus's Toulouse plant in the company of its latest A350-900 (A7-ALY). The two A350s took off in sequence and then formatted for some air-to-air photography and video. The A350-1000 is 7m (23ft) longer than the -900, which allows the typical seatcount to increase by 40 passengers, according to Airbus.

Three years ago, Qatar Airways was the first customer to take delivery of the A350-900, and now has 22 in service, according to Flight Fleets Analyzer. 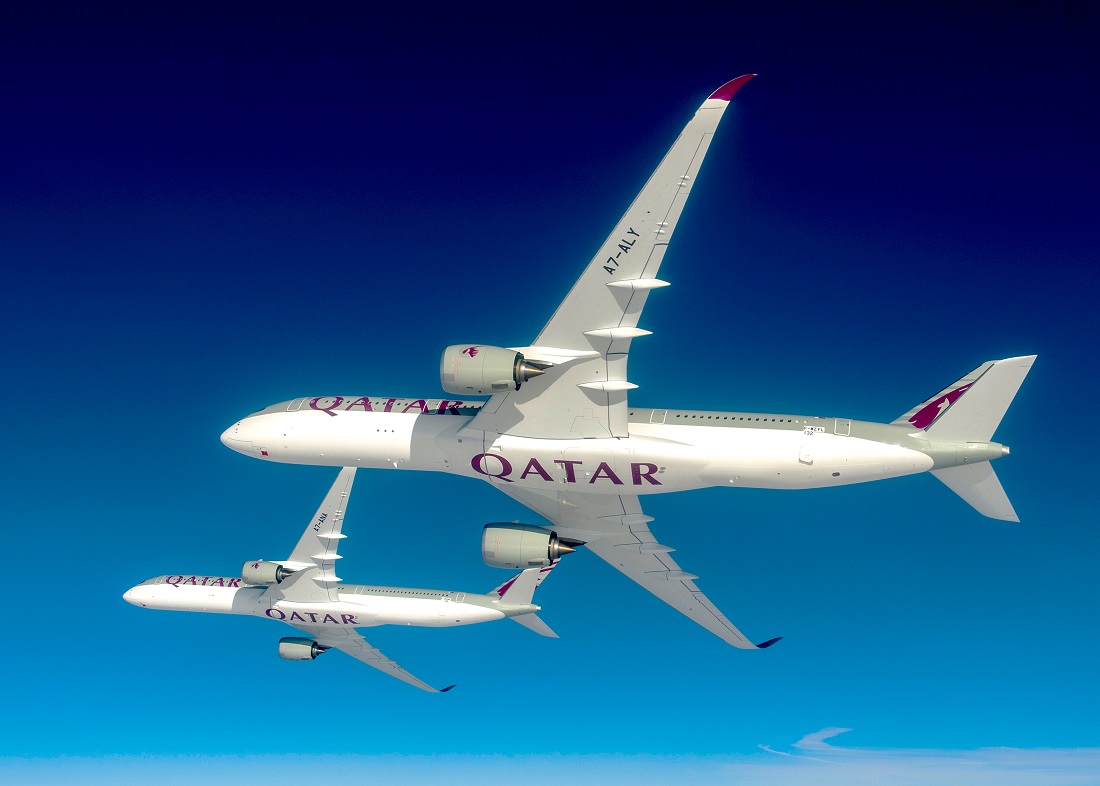