A Turkish Airlines Airbus A330-300 aircraft has skidded off the runway at Kathmandu Tribhuvan International airport, causing its nose gear to collapse.

The aircraft was operating flight TK726 from Istanbul to Kathmandu when the accident happened, according to social media images and reports. A search on FlightRadar24 showed that the aircraft landed in Kathmandu at 07.44 local time.

Images on social media show that the incident appeared to occur in low visibility conditions, and that the aircraft, bearing the registration TC-JOC, appears to have suffered a nose gear collapse.

The images also show the aircraft's slides deployed, and passengers fleeing the aircraft. There is no sign of fire, however. 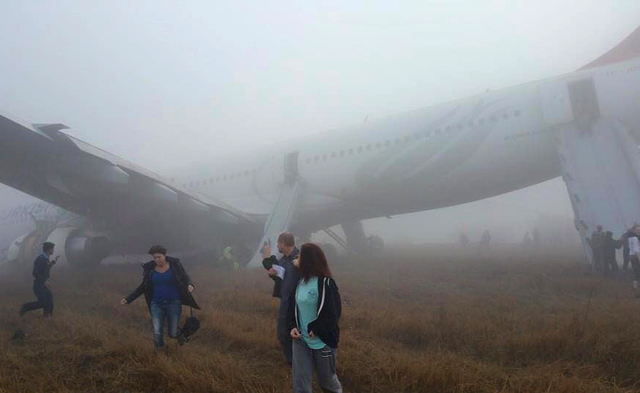 Flightglobal was unable to contact Turkish Airlines and the airport to clarify details about the accident.

Flightglobal’s Ascend Fleets database shows that TC-JOC is powered by General Electric CF6 engines, and was delivered in May 2014. It is owned outright by Turkish Airlines.