A United Airlines Boeing 787-8 diverted to New Orleans due to a "mechanical issue" today, according to the airline.

The pilots of flight 1146 told air traffic controllers that they had an "electrical malfunction" on the aircraft after declaring an emergency, according to a Liveatc.net recording.

The aircraft (N26902) was enroute from Houston Intercontinental to Newark when it diverted while over Mississippi to New Orleans and landed at 09:25 today, according to FlightAware. 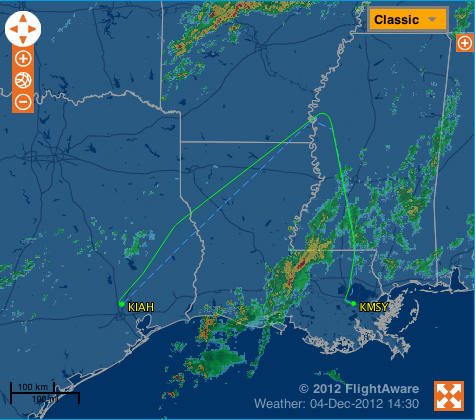 Chicago-based United says that the 787 landed safely without incident. There were 174 passengers and 10 crew members onboard.

"United will work with Boeing to review the diversion and determine the cause," it says.