The US Air Force’s chief scientist says the high velocity penetrating weapon (HVPW) its research laboratory has designed for internal carriage on the F-35 Joint Strike Fighter is ready to transfer to a development and production programme.

The air force research laboratory has been testing a 2,000lb-class, rocket-propelled bomb for attacking fortified targets like underground bunkers and tunnel networks, but unlike traditional gravity bombs, this new kinetic weapon is rammed into the ground like a pile driver instead of being accelerated naturally by gravity.

Very little has been said about the programme since its inception in 2011, but according to the air force’s Dr David Walker, HVPW has been “very successful” and is now part of a study into future “hard-target munitions” requirements, which includes an examination of Boeing’s 30,000lb Massive Ordnance Penetrator (MOP) as well as other traditional bunker-busting ordnance.

Walker says the laboratory has proven that the concept works, but the questions now is what to do with it, and how much is the air force is willing to spend to field such a capability.

“The idea is to get a heavy weapon effect with a much lighter weapon and a more compact weapon,” he told Flightglobal at a recent defence science and technology exposition at the Pentagon. “That technology, we’ve proven that the concept works.

“The analysis of alternatives will determine what we’re going to do and how much actual funding we’ve got to go forward.”

The air force initiated the high velocity penetrating weapon programme with the aim of developing a compact, penetrating weapon with more punching power than traditional BLU-109 and BLU-113 bombs. The compact and relatively light-weight weapon design allows it to be carried internally on stealthy, fifth-generation aircraft, or increase the loadout of bunker-destroying munitions on legacy combat jets.

“[It’s] not just with the F-35, but for our entire fleet,” Walker says. “How can I get a much more compact, lighter-weight capability which allows me to have more carriage? It’s very important in the future to have that capability.”

The air force has not said whether it would install the air force’s new void-sensing fuse produced by Orbital ATK, but that would seem likely. The smart fuse can count the number of layers or levels the bomb has penetrated and detonate at the correct one. The alternative is a traditionaltime-delayed fuse.

The test and evaluation programme for HVPW was due to wrap up in late 2014. The main industry partners on the programme were Boeing, Lockheed Martin, MBDA Missile Systems and Raytheon. 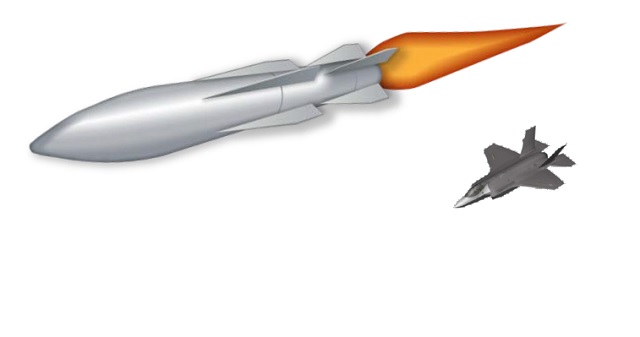