Regulators and airlines in the Asia-Pacific are taking a wait-and-see approach in regard to getting the Boeing 737 Max flying again in the type’s biggest market.

It is difficult to overstate the importance of the Asia-Pacific for the 737 Max, which has been grounded nearly two years after two fatal crashes in 2018 and 2019 killed 346 people. 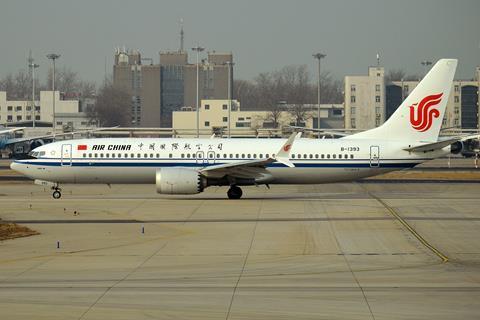 Cirium fleets data shows that the Asia-Pacific dominates the type’s orderbook, accounting for over a quarter of the Max’s 4,113 orders. As for delivered aircraft, Asia-Pacific carriers have 136 737 Max aircraft in storage. Of these, 98 are with Chinese airlines.

The aircraft was grounded globally after Ethiopian flight 302 crashed on 10 March 2019 on a service from Addis Ababa to Nairobi, killing all 157 aboard. This followed the late 2018 crash of Lion Air flight 610 on a service between Jakarta and Pangkal Pinang that killed all 189 aboard.

The jet’s Maneuvering Characteristics Augmentation System (MCAS) was implicated in both crashes. Boeing subsequently spent considerable resources fixing MCAS, and the Federal Aviation Administration (FAA) has cleared the Max for a return to service. The European Aviation Safety Agency (EASA), however, has yet to give the green light.

Industry sources indicate that regulators and airlines in the Asia-Pacific are placing considerable weight on EASA’s decision.

The first major regulator to ground the type in 2019, the Civil Aviation Administration of China (CAAC), has said little about lifting its grounding order for the 737 Max. In November 2020, it said that there was “no set timetable”. A month earlier, it said it had three conditions for the type’s return to service: the approval of design changes, fully trained pilots, and a clear outcome from investigations into the two crashes.

An official with the CAAC, however, recently told FlightGlobal that “the relationship between the USA and China also matters,” as well as the rate of recovery in the air travel market amid the coronavirus pandemic. 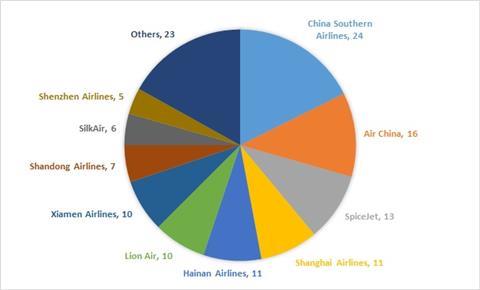 The Civil Aviation Authority of Singapore (CAAS) recently issued a ‘Permit-to-Fly’ allowing a single Silkair 737 Max 8 to return to Singapore from storage at Alice Springs, Australia. In Singapore, it will receive a new premium interior and the Singapore Airlines (SIA) livery. The 737 Max is a key element in SIA’s plan to integrate the Silkair brand into mainline operations.

“This Permit-to-Fly does not constitute approval for SilkAir to return the Boeing 737 Max to service,” says CAAS.

“CAAS’s review of the airworthiness of the aircraft is in progress. We will need to be assured that all aspects of the safety of Boeing 737 Max operations have been addressed. As part of this review, CAAS will consider the US FAA’s requirements and will determine if there is a need to impose additional requirements before we lift the suspension on Boeing 737 Max operations.”

Australia’s Civil Aviation Safety Authority (CASA) says it will approve 737 Max ferry flights such as that operated by Silkair. As for a return to service, it is reviewing the FAA approval and awaits the EASA approval.

“In relation to foreign operators [the suspension] is less of an issue now as there are very limited flights here due to the [coronavirus-related] restrictions on travel,” says CASA. ”That situation is unlikely to change for many months.”

Xiamen Air, which has 10 737 Max jets, says that its maintenance department has been in touch with Boeing to get a better understanding of the technical issues around the aircraft, but stresses that neither EASA or the CAAC has recertified the type.

Fiji Airways, with two 737 Max 8s in storage, will take its lead from regulators in Fiji, New Zealand, and Australia: “Once all Regulators are satisfied with the Max, Fiji Airways will bring the aircraft out of storage from Alice Springs.”

An official at one 737 Max operator confirms that regional regulators are waiting for EASA’s green light for the 737 Max, but that once this happens jurisdictions in the Asia-Pacific will gradually start lifting their grounding orders. He adds that one big challenge is the tight restrictions on travel in the region, which limit the movement of engineers, pilots, and other personnel needed to return the type to service.

Boeing, for its part, declined to comment on a recent Reuters report that said it is hiring up to 160 “Global Engagement Pilots” who will be placed at airlines to help smooth the 737 Max’s return to service.

“We continue to work closely with global regulators and customers to safely return the 737-8 and 737-9 to service in Asia-Pacific,” says the company.