Some time around March 2020, while airlines around the world were coming to terms with the impact of the coronavirus pandemic, China Airlines put into action a swiftly crafted plan to stay afloat.

The Taiwanese flag carrier realised it could tap into its strength in the cargo market, and so decided it would “leverage the cargo capacity” on all 18 Boeing 747-400 freighters to “capture market share”, and remain profitable amid falling fuel prices. 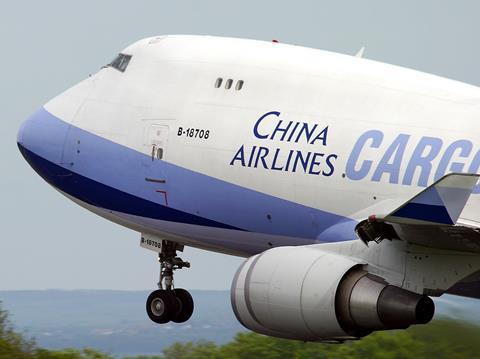 The result: against a backdrop of a collapse in passenger travel numbers, nearly 90% of the carrier’s revenue from the three months ended 30 June 2020 came from cargo.

The carrier has since doubled down on its focus on cargo to stay afloat amid depressed passenger travel numbers, going on to eke out a profit for the full year. In fact, it is one of the rare few carriers in the region to remain in the black for the year, in the face of an industry that has been upended by the coronavirus.

China Airlines reported an operating profit of NT$2.18 billion ($76.3 million) for the year ended 31 December 2020, which represented an 18% decline year on year.

Days after its financial results were disclosed, the airline wasted no time in driving home the message of how cargo was pivotal to its better showing for the year.

“Thanks to a strategy of prioritising cargo over passenger services, China Airlines was able to stay profitable and achieve a new milestone,” said the operator’s chairman Su-Chien Hsieh.

Shedding more light on the airline’s cargo focus in an email interview with FlightGlobal, the airline’s vice president for corporate communications Marian Lu attributed part of the airline’s success to “proper planning and configuration” of its freighter fleet.

“At the start of the pandemic, China Airlines adopted a strategy of focusing on cargo operations and began a phased adjustment of flight schedules to make flexible use of different hold configurations in each region, promote customised charter flights, as well as expand the business for high-priority, e-commerce, postage and temperature-controlled products,” she states.

It also moved quickly to tap into bellyhold cargo, as well as carrying cargo in cabin.

Since April 2020, the carrier has flown more than 1,000 cargo-only flights on passenger aircraft a month.

Cargo will – not surprisingly – continue to be an area of focus this year, and the airline hopes to tap into pent-up demand in the market.

Lu tells FlightGlobal: “Congestion at European and North American sea ports saw many urgent orders switched to air freight. In 2021, cargo will still benefit from a shortage of holds in the market.”

The carrier has already begun adding back capacity on its European freight network, even increasing capacity in the short term.

North American cargo flights are also being “optimised” with a goal to add more bellyhold capacity. Within Asia-Pacific, China Airlines is also studying the feasibility of having regular cargo flights to Australia and New Zealand.

While cargo prospects remain bright at least for the coming year, China Airlines notes that passenger demand still remains largely in the doldrums amid global travel restrictions. Lu says the operator carried just around 4 to 6% of pre-pandemic passenger traffic in the second quarter of 2020.

For the foreseeable future, she reiterates industry-wide forecasts that passenger traffic will only return to pre-pandemic levels by 2024. 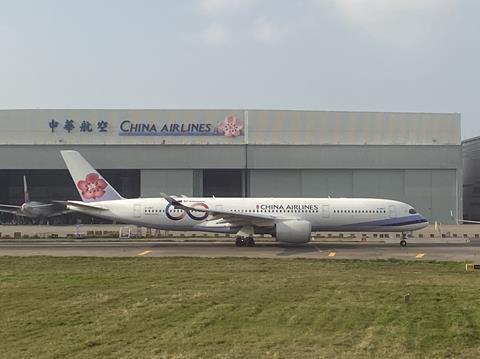 To this end, the SkyTeam carrier is actively seeking alternative sources of revenue, while also maintaining a close watch on its cost-control measures, to maintain liquidity and stability.

“China Airlines is actively pursuing charter opportunities such as returning overseas students, re-opening of businesses, and evacuation of nationals. We have also carried out corporate aircraft/cabin charters and micro-trips to generate more revenue,” she adds.

The airline has operated a series of flights to nowhere, both as a way to satiate pent-up travel demand, as well as keep passenger revenue flowing.

Most recently, it operated a flight-to-nowhere to Mount Fuji, as part of a farewell service for its Boeing 747-400 passenger aircraft.

As Lu puts it: “Charter services have become one of our key revenue sources in the post-Covid-19 era.”

The airline has also followed in the footsteps of other airlines in the region in doubling down on e-commerce sales.

The airline says it has expanded its eMall e-commerce platform, and developed a larger pool of branded merchandise to “take advantage of opportunities in retail and the stay-at-home economy”. As a result, its e-commerce sales have increased five-fold in 2020.

It is an “innovative transformation” that the airline has had to take amid the coronavirus, and one that helped it stay afloat.

She adds: “China Airlines will continue to emphasise the unique image of Taiwan and friendly transport services to establish ourselves as a local brand and corporate citizen. In the future, our passenger business will continue to monitor market developments and cooperate with the government’s foreign policy to restore routes in key markets when appropriate.”