How will increased debt change the airline industry?

As airlines emerge from Covid-19 and into cost pressures exacerbated by war in Europe, they face a years-long effort to pay down the debt accumulated to survive the challenges

The numbers are stark.

IATA estimates that airline industry debt levels have increased by more than $220 billion to over $650 billion during the pandemic.

At the same time, “all carriers, with the exception of cargo-only airlines, have seen their balance sheets stressed through this period”, said IATA director general Willie Walsh during a late-January briefing.

And there are no quick fixes – even before the potential impacts of the Russia-Ukraine conflict are considered.

“The increased airline debt load is expected to be a substantial burden for the foreseeable future,” says Umang Gupta, managing director and global airline practice lead at Alton Aviation Consultancy.

When a large proportion of airlines look at their balance sheets in early 2022, it is all too apparent that repair work is needed.

But what impact will this situation have on the sector?

Today, many airlines are in an awkward phase of the crisis recovery, as they seek to serve the much-discussed pent-up demand for travel: highly indebted, with unpredictable revenue streams as a result of stop-start government restrictions, costs rising as aircraft are brought back into service, and outside factors threatening to increase costs further.

All the while, they are keen to stay on the front foot, particularly when it comes to maintaining competitive advantage amid better news about the course of the pandemic.

Helping them towards that goal, there is some positive news regarding debt.

“The industry is benefiting from the relatively fortunate situation that these unsustainable debt levels are unusually affordable,” said IATA chief economist Marie Owens Thomsen during a late January briefing. “And I think that’s likely going to be the case, certainly in real terms, even if we might have some increase in nominal interest rates.” 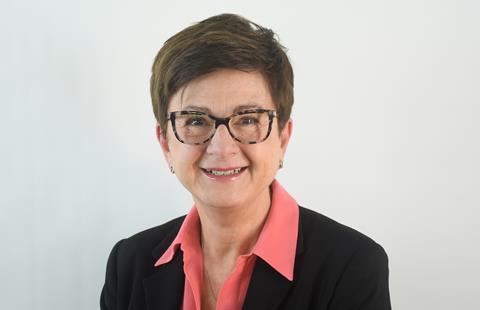 That is because, with inflation rising, “the real interest rates that will have to be paid on this debt are going to remain reasonably affordable, probably for decades ahead”, she says.

“And that’s a saving grace, of course, in this context.”

It was also beneficial that the airline industry entered the Covid-19 crisis in a much healthier financial state than it did the 2008 global financial crash, for example, making governments and other investors more willing to offer support to the sector on agreeable terms when the pandemic hit.

But no-one is suggesting that airlines should be relaxed about the challenges ahead when it comes to paying down newly acquired debt.

Speaking last year, McKinsey & Company senior partner Alex Dichter explained why the airline industry has to be particularly careful about its debt profile.

While the sector has a ratio of net debt to revenue that is on the high side compared with other industries, it is by no means an outlier by that measure.

Being broadly in line with trends in the wider economy is not, however, reassuring in of itself.

“Clearly we are in a situation globally in the world economy where we have arguably unsustainable levels of debt at almost every level in the economy,” IATA’s Owens Thomsen points out.

Crucially, McKinsey & Company further notes that the airline industry’s high earnings volatility does make it an outlier. Therefore, while water utilities and transport infrastructure firms, for example, are much more leveraged than airlines as a rule, their earnings are among the most stable.

“Airlines, even in 2019, were in an entirely unique position,” Dichter said of that ‘high-earnings-volatility, fairly-high-net-debt-ratio’ double-whammy.

McKinsey & Company’s April 2021 projection was that at pre-Covid levels of free cash flow, it saw the industry returning to 2019 debt-to-equity levels in 2030 at the earliest.

It also warned of a “vicious cycle” created in the coming years as airline credit ratings worsen and refinancing costs increase.

Heavily indebted airlines in particular, then, will be hoping that the shocks created by the Ukraine conflict do not endure.

But this is not a one-size-fits-all situation. For Lufthansa Consulting analysts Arvind Chandrasekhar, Matthias Kern and Haihong Xu – responding to FlightGlobal’s questions with joint answers – airline vulnerability to the effects of higher debt depends on business size.

“We do not think it is a big problem for major airlines due to their capabilities to finance themselves,” the trio say. “We have seen many airlines, across geographies and business models, not only secure attractive rates for refinancing via bond issuance, but also raise fresh equity.

“However, it can be a problem for small and medium size airlines given their limited scale of operation.”

Whichever business types are most affected – and whether or not the problems it creates are existential – analysts and stakeholders concur that there are practical consequences to the sector’s higher debt levels.

“Without question it’s going to impact on how the industry operates from 2022 onwards,” says IATA’s Walsh. “I think most airlines CEOs and CFOs will be focused on repairing their balance sheet in the short term, building up liquidity, which clearly is critical at times of uncertainty like this, and that clearly will be a significant focus in the short to medium term for most, if not all, airlines.

“It will impact on the decisions in relation to capacity, fleet replacement, expansion, M&A… I don’t think we’ll quickly revert to the behaviours we were seeing in 2019, before all of this started,” Walsh states. 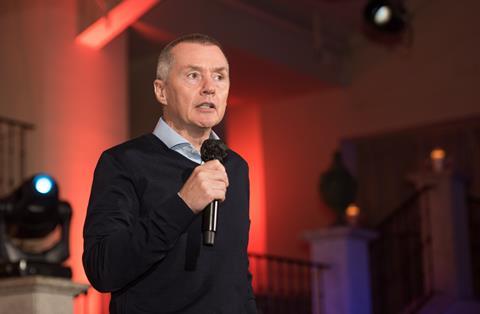 Gupta also notes his belief that “airlines’ financial health may deteriorate further in the near term, given that a full [demand] recovery is not expected until 2024 at the earliest” and despite hope that the worst of the Covid-19 crisis has passed.

“A soft demand environment resulting in competitive fares coupled with additional interest payments and capital expenditure requirements are expected to lead to negative cash flows for the global airline industry in 2022,” he says.

Indeed, IATA’s forecast for 2022 shows every region except North America recording net losses, albeit far less than those seen over the past couple of years.

“As traffic returns, we do expect airlines to be very focused on ensuring cash-positive operations, continually seeking ways to draw down or refinance their debt,” the Lufthansa Consulting analysts state.

The near-term unhelpful additions of rising interest rates, higher jet fuel costs and increasing salaries in response to labour shortages are among the factors that could stymie efforts to begin that task.

All the while, after two years of swingeing cash-burn, the resumption of operations is a tricky balancing act involving the return of operating costs such as fuel and those relating to labour – notably, in the case of the latter, as government support schemes end.

On fuel costs, the Lufthansa Consulting analysts observe that “airlines will have no other choice but to raise [fares] if fuel price goes higher”, adding: “With higher [fares], the demand drops.”

At the same time, an industry-wide trend of passengers booking much closer to travel dates has continued to some extent, meaning airlines have less cash-in-hand than they might have expected on pre-Covid terms.

These factors are why IATA chief Walsh last year warned of ”a disconnect between the cash coming in, and the cash going out” during the initial stages of the recovery, which would prompt airlines to be “very cautious”.

A key consideration, then, is how well placed an individual airline is to tackle that debt burden.

Here the strategies can perhaps be split into two strands: defensive manoeuvres to get through immediate challenges and proactive ones to ensure competitive advantages beyond the short term.

On the first strand, Accenture’s Sullivan acknowledges that “airlines have valiantly worked to improve unit operating costs as much as possible, to minimise cash burn while demand is low and to make the recovery period easier”.

More broadly, McKinsey & Company last year outlined some of the steps airlines were taking – or should have been taking – to get ahead of the problem at the height of the crisis.

Among them were the aggressive reduction of operating expenses, alongside fleet and network simplifications.

It also said efforts could be made to raise new equity, and that airlines should be growing back with a focus on profitability over market share.

And as Gupta suggests, even as demand improves, airlines cannot stop thinking about such themes.

“[They should be] continuing to look at every opportunity for structural cost reductions, variabilising operational costs with suppliers and labour, and agility in restructuring fleet and networks to take advantage of the demand when it does fully recover,” he says. “For example, with the uncertainty and disparity in demand recovery, there should be an urgency to quickly adapt and utilise assets on most profitable flying, constantly adjusting route networks and capacity levels.” But as analysts at Bernstein suggested in an October 2021 report, for many network airlines in particular, the steps needed to deleverage balance sheets are not coming naturally.

Getting beyond the survival-focused stage of the Covid-19 crisis to the ‘build back better while paying down debt’ one is, therefore, not an easy shift for many carriers.

Nevertheless, analysts have plenty of ideas about how airlines can eventually go beyond defensive measures to boost their options when it comes to returning to more comfortable debt levels.

The Lufthansa Consulting analysts, for example, suggest airlines should be examining some of the fundamentals of their businesses to ensure they are a step ahead of rivals in financial terms.

“Going forward, airlines should think more broadly about their core business model, redefine their position in the digital travel ecosystem and become champions in AI and data-driven optimisation of networks, revenue management and assets,” they say.

“The winners of the future will also have to come up with smart ways to cope with the financial burdens of sustainability goals,” they continue. “The good news? With markets not yet fully recovered, it is not yet too late to take action and change the competitive positioning of the airline in the future.”

For Sullivan, the answer to how airlines can work more proactively to pay down debt is a simple one that belies a challenging execution.

“Ultimately the only way to pay down the debt is to earn more operating profits, and airlines must improve their ability to sell more services and capture the benefits that come with increasing consumer expectations at what is a pivotal time for the industry,” he states.

“As demand returns and unit costs cannot be reduced much further, airlines are shifting focus towards up-selling and cross-selling services to help rebuild unit revenues and margins,” Sullivan says, describing the success or otherwise of such strategies as a “key differentiator” to long-term survival.

On paper, then, the task is simple: cut costs, then innovate to make more money and pay down debt faster.

The journey to a more sustainably leveraged industry is, however, likely to be lengthy and uneven, with real-world impacts on individual carriers’ financial headroom for years to come.

That might create a bigger divide between the ‘haves’ and ‘have nots’.

“Many airlines will come out of the pandemic significantly smaller and have to play catch-up, simply unable to deploy significant capital under the weight of debt and unclear recovery path,” says Gupta.

But the challenge could, of course, have been bigger, particularly regarding the cost of servicing that debt.

And, importantly, the world appears to be on a path out of the pandemic.

“If there is no further [Covid-19] variant of significance, we anticipate that airlines can return to positive cash flow and repay their debt,” say the Lufthansa Consulting analysts.

Indeed, much is riding on outside factors – whether Covid-related or not – not significantly testing the airline industry’s earnings volatility again any time soon. Already, the Ukraine conflict is raising a red flag in that regard.