The region’s 49 deliveries were down from 54 in March, but sharply up from 33 in April 2018, according to Cirium’s Fleets Analyzer.

Airliner deliveries by region through April 2019 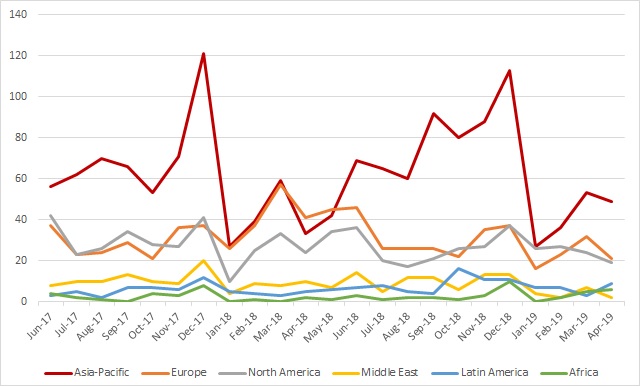 Indian low-cost carrier IndiGo received the most aircraft among the region’s airlines in April, with eight deliveries: five Airbus A320neos, one A321neo, and a pair of ATR 72-600s.

China Eastern Airlines and China Southern Airlines followed with four new aircraft each. China Eastern took two A320neos, and an A350-900, and the only Boeing narrowbody delivered to the region during the month, a 737-800. 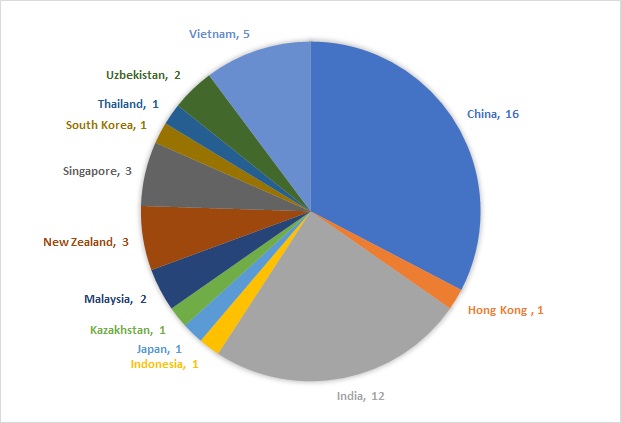 The continued grounding of the 737 Max family and subsequent halt in deliveries sharply reduced Boeing’s deliveries to the Asia-Pacific for the month.

While it delivered six widebodies against four for Airbus, it only delivered a single narrowbody to Asia-Pacific during April – the China Eastern 737-800. This is compared with 12 narrowbody deliveries in April 2018.

Asia-Pacific deliveries by airframer through April 2019 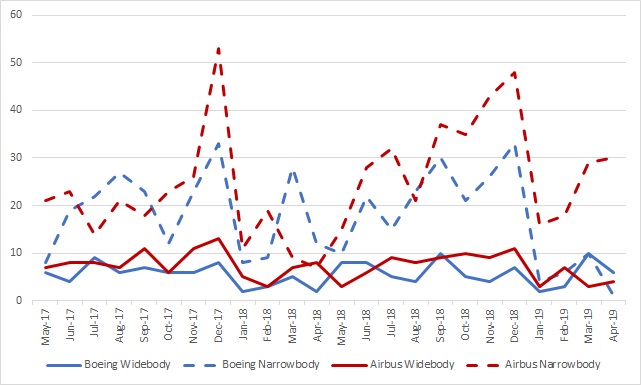 Airbus, for its part, had a strong month in narrowbodies, delivering 30 aircraft: 19 A320neos, eight A321neos, and three A320ceos.

Both ATR and Bombardier had a notable month, with each delivering four turboprops to Asia-Pacific carriers. 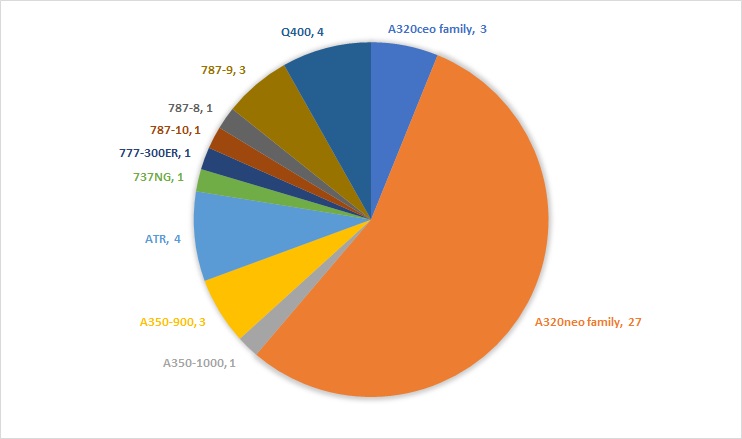 Of April’s 49 deliveries to the Asia-Pacific, 22 involved lessors. 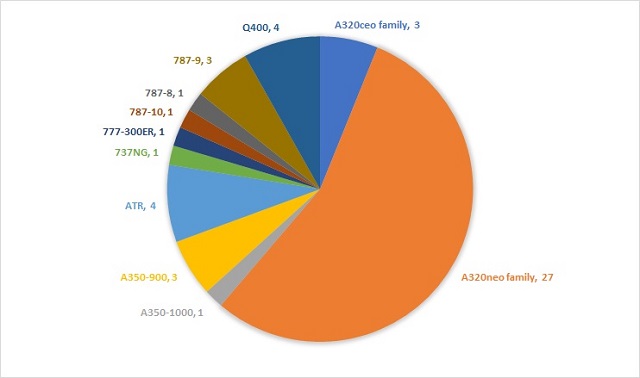 The most active lessor during the month was Air Lease with involvement in delivering five A321neos - with two going to Air New Zealand and three to Vietnam Airlines - and a 787-9 to China Southern.

Chorus Aviation had a notable month with involvement in the three Q400s that went to SpiceJet.