Asia-Pacific airlines took delivery of 113 of the 221 new airliners delivered during the last month of 2018, well ahead of North America and Europe, where each region took 37 new aircraft.

Still, the world’s 221 deliveries was down from 239 deliveries in December 2017. Although Asia-Pacific airlines had their biggest month of the year for deliveries, they took eight less aircraft than in the last month of 2017. 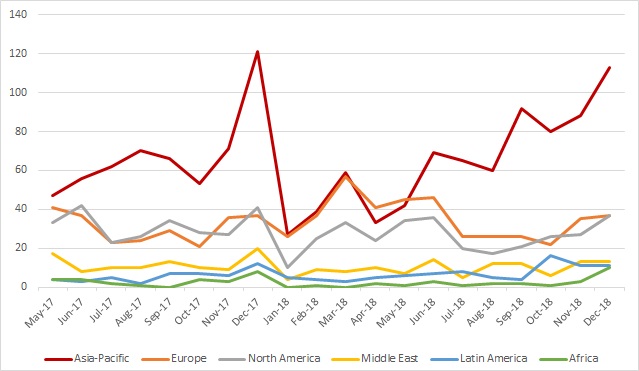 Among Asia-Pacific countries, Chinese carriers took 55 new aircraft, accounting for one quarter of global deliveries. Indian carriers had a massive month, with 23 new aircraft delivered. Airlines in Vietnam and Japan followed with six deliveries each. 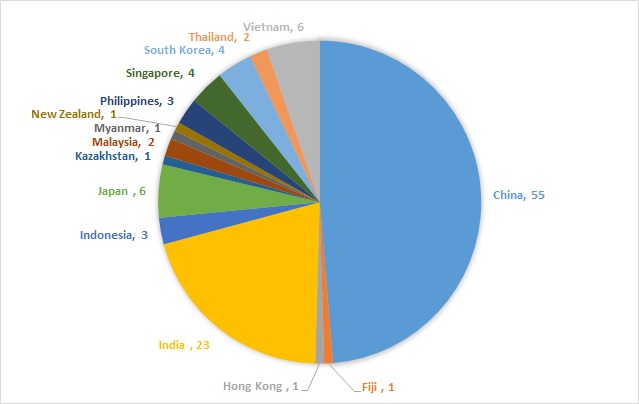 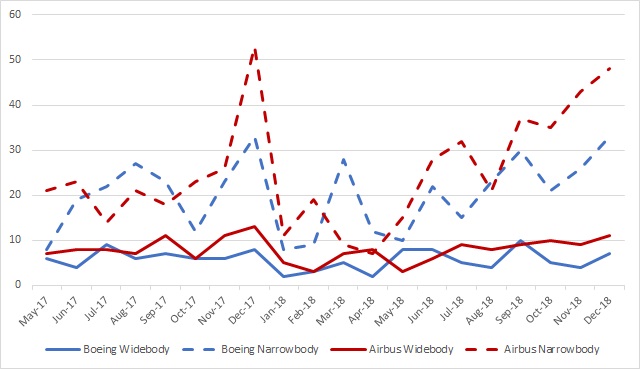 Among airframers, Airbus led Asia-Pacific deliveries for the month, with 59 aircraft against Boeing’s 40. In the narrowbody segment, it delivered 47 A320ceo and A320neo family jets against Boeing’s 33 737NG and Max jets. 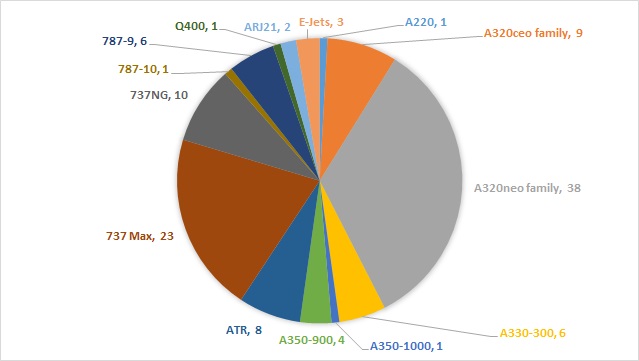 Lessors had a very active December in the region, with involvement in 59 of the 113 deliveries. ICBC led activity with involvement with 11 deliveries to eight carriers. It delivered five A320neos to China Southern, Sichuan Airlines, and Vietnam Airlines. It also delivered four 737 Max 8s to Air China, Kunming Airlines and SpiceJet, as well as one 737-800 each to China Southern and Donghai Airlines. 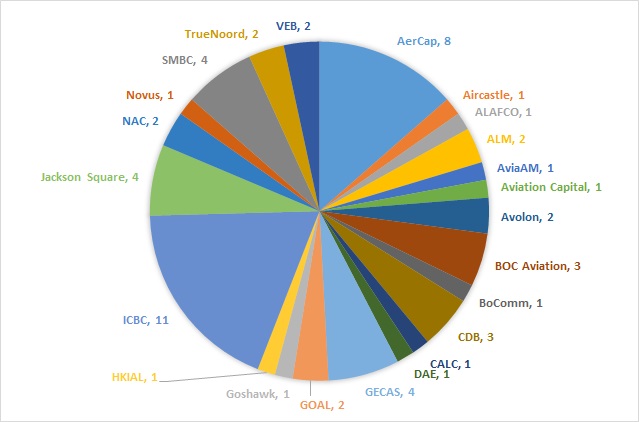