Asia-Pacific deliveries were down 17 aircraft from 52 in May, and sharply down from 69 in June 2018, according to Cirium's Fleets Analyzer.

Among Asia-Pacific countries, China led with 13 deliveries, followed by Japanese carriers with five. Airlines in Singapore and India took four new aircraft each. 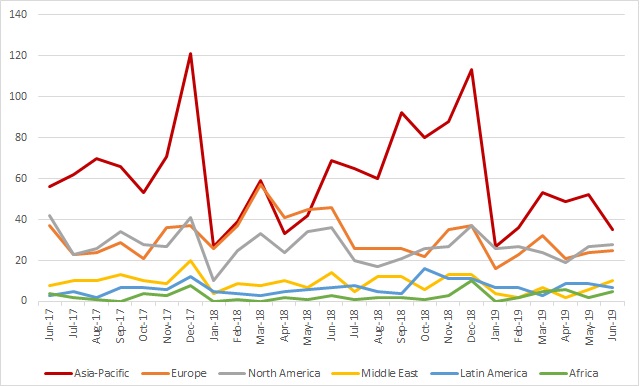 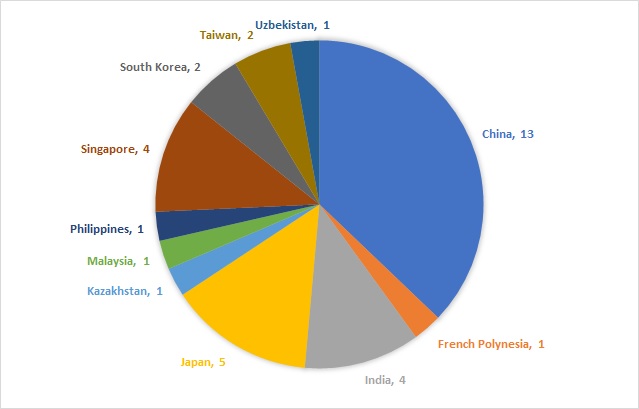 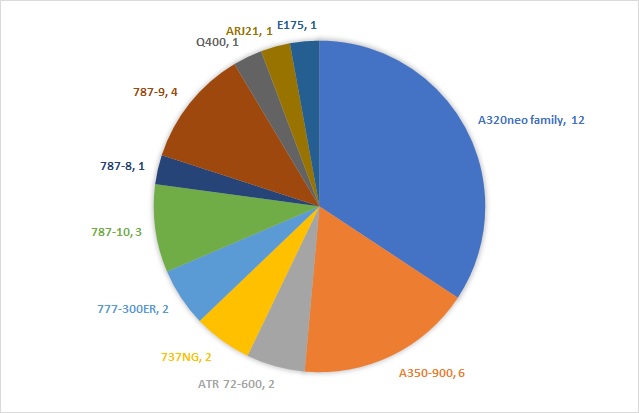 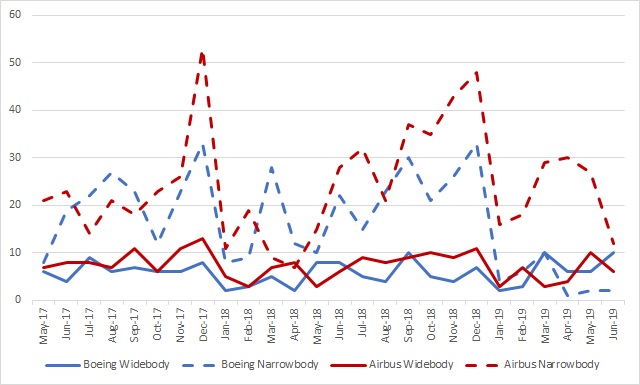 Asia-Pacific deliveries by airframer - through June 2019

In the narrowbody segment, the delivery stoppage owing to the 737 Max grounding meant that Boeing delivered just two 737-800s in June, compared with Airbus's deliveries of 12 A320neos.

Lessors had a subdued month, with involvement in 12 of the region's 35 deliveries. 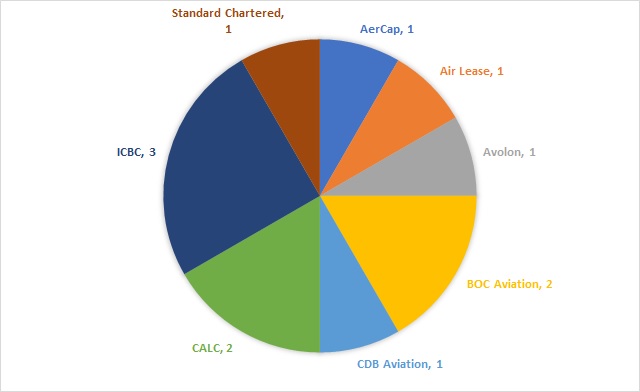 ICBC led with involvement in three deliveries; one A320neo each to Chongqing Airlines and GoAir, and an A350-900 to Asiana Airlines.

Of six new maindeck freighters delivered in June, one went to an Asia-Pacific carrier, with Air Japan, the cargo unit of All Nippon Airways, taking a single 777F.