Asia-Pacific airlines accounted for 27 of the world’s 80 airliner deliveries during the first month of 2019.

Flight Fleets Analyzer shows that January’s delivery total was sharply down from the 221 global deliveries in December 2018, when Boeing and Airbus battled to meet delivery targets for the year. Nonetheless, the 80 aircraft delivered during the month was greater than the 72 deliveries made in January 2018. 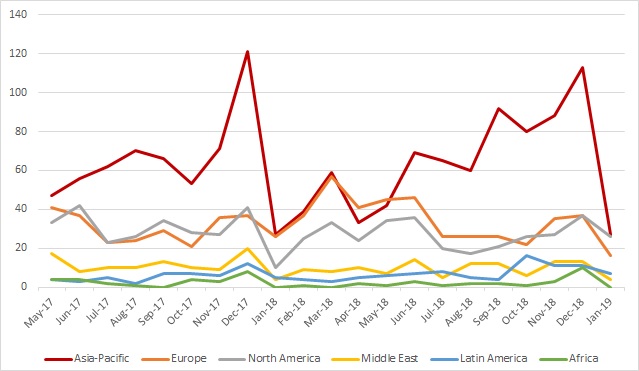 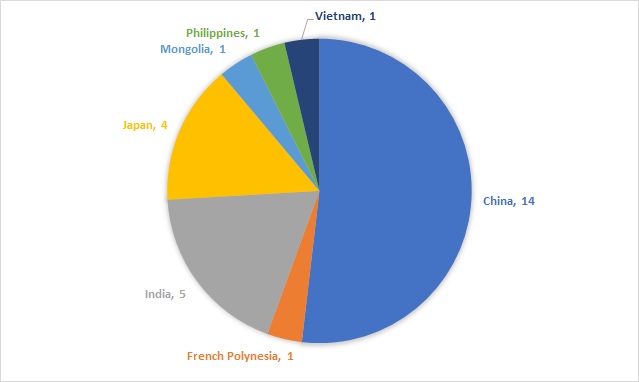 Among Asia-Pacific countries, China led with 14 deliveries. India followed with five, and Japan with four. 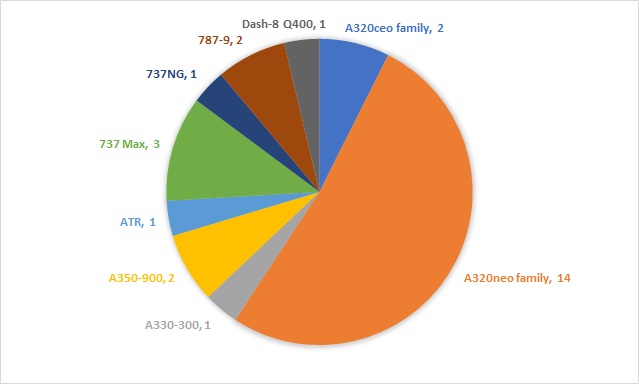 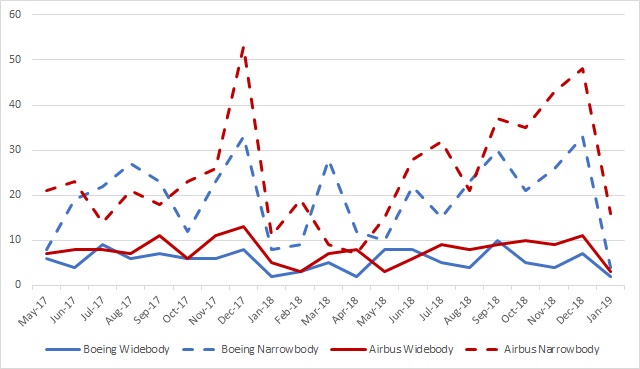 Airbus led the region’s deliveries during the month in both narrowbodies and widebodies. It delivered 16 A320 family jets against Boeing’s four 737s. It also delivered a pair of A350-900s and one A330-300 against Boeing’s pair of 787-9s. 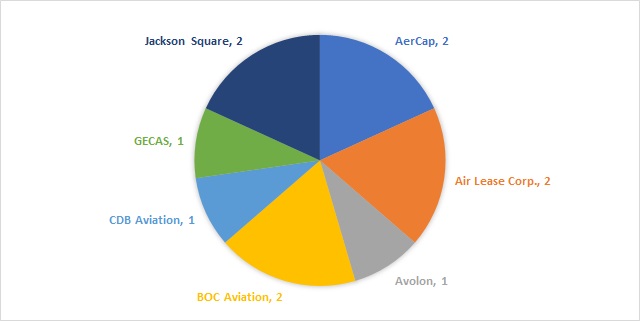 Lessor activity was narrowly confined during the month, with seven lessors involved in 11 of January’s 27 deliveries in the region.

AerCap, Air Lease Corporation, BOC Aviation, and Jackson Square were all involved in two deliveries each. Only one delivery involving a lessor was for a widebody, with Air Lease involved in the delivery of a 787-9 to Air Tahiti Nui.