Asia-Pacific airlines received 53 of the 124 commercial aircraft delivered during the month of March.

Airlines in Europe followed with 32 deliveries and airlines in the USA taking 24 new aircraft, according to Cirium’s Fleets Analyzer.

Airlines in the Middle East took seven new aircraft, while those in Africa took five and Latin America three. 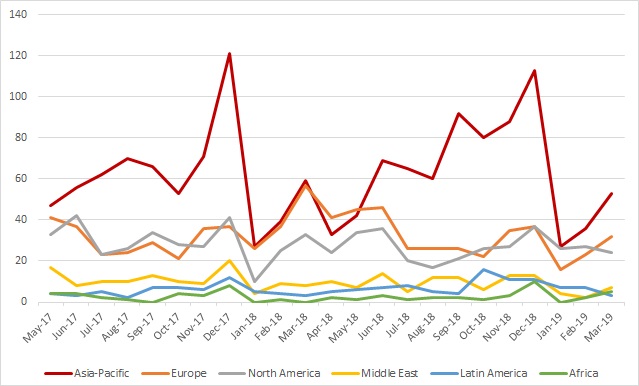 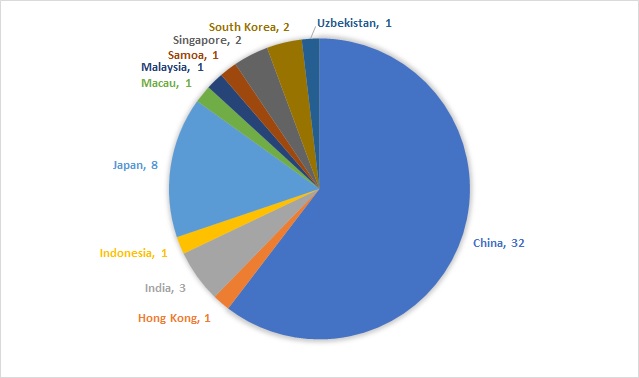 All Nippon Airways and China Southern Airlines were the regional carriers with the most deliveries, taking five new jets each.

ANA received its first of three Airbus A380s. Given the cancellation of the A380 programme, this is the last time a new airline customer will take an A380 fresh from Toulouse. It also took two A320neos, as well as a Boeing 777-300ER and a 787-9. 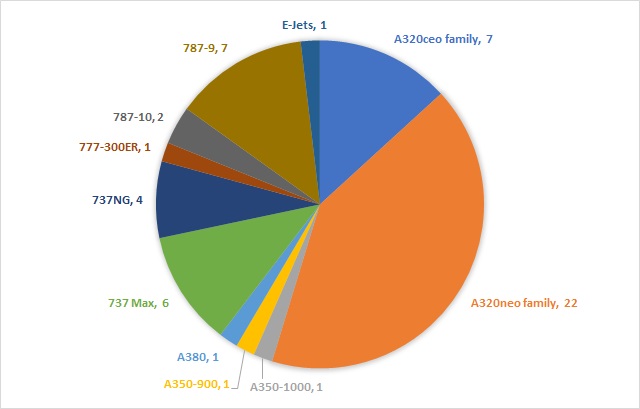 Airbus beat Boeing for March 2019 deliveries to the region, with 32 aircraft against Boeing’s 20.

Airbus delivered a total of 29 A320 family aircraft against Boeing’s six 737 Max aircraft and four 737NGs. Boeing’s deliveries of the 737 Max were impacted by the global grounding of the reengined type following the crash of a 737 Max 8 operated by Ethiopian Airlines on 10 March.

Boeing vs. Airbus in Asia-Pacific deliveries 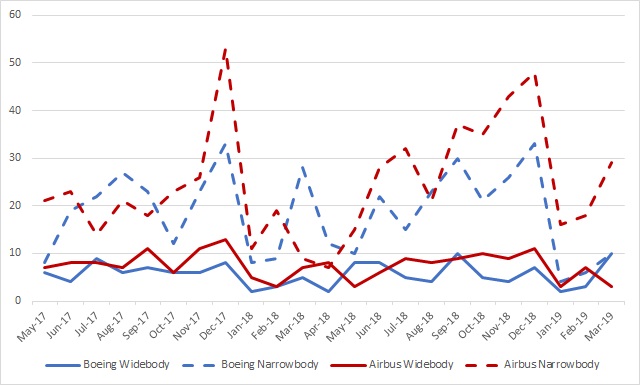 Lessors were involved in 18 of March’s 53 deliveries in the Asia-Pacific. 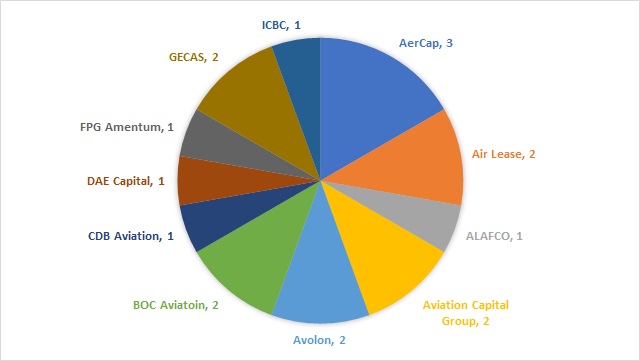 Overall, 11 lessors were active in the region’s new deliveries. AerCap was involved with three A321neo deliveries, with a pair going to Sichuan Airlines and one going to China Southern.