Three of the USA’s largest regional airlines are about to get even bigger, courtesy of Delta Air Lines.

The Atlanta-based behemoth is overhauling its Delta Connection operation, with plans to slash ties with two regional airlines and hand that flying to three remaining carriers.

Delta will also assign its partners a more-specific geographic focus, all as part of a drive for simplicity.

Industry observers describe Delta’s move as perfectly sensible. But they also say it consolidates more regional flying with larger regional carriers and reflects the market power held by network airlines such as Delta. 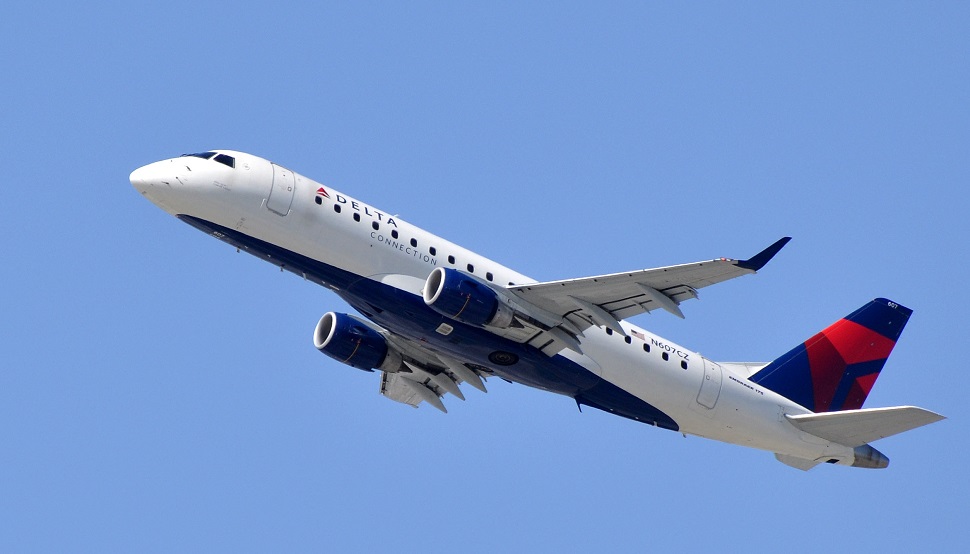 Under the plan, Delta will stop contracting with Compass Airlines and GoJet Airlines, shifting that flying – and roughly 60 aircraft – to Republic Airways, SkyWest Airlines and Delta-owned Endeavor Air. Delta expects to complete the changes by mid-2020, it says.

“In an effort to reduce operational complexity and create better consistency with the overall product and experience for customers, Delta is reducing the number of regional carriers from five to three,” Delta says.

It stresses the shift will not create any “significant changes in Delta’s overall network and destinations”.

Minneapolis-based Compass and St Louis-based GoJet, both subsidiaries of Trans States Holdings, are Delta’s smallest partners by fleet size. They are also small compared to most other US regional airlines.

Compass operates 56 Embraer 175s, including 20 for American and 36 for Delta, according to Cirium fleets data. The carrier flies for Delta primarily from western US cities.

GoJet operates 45 Bombardier CRJs, among them 18 CRJ700s for United and a mix of 27 CRJ700s and CRJ900 for Delta, data shows. GoJet flies for Delta from places like Cincinnati, Detroit, Minneapolis and Raleigh-Durham.

Delta will reign in the dispersion of its regional partners by assigning Endeavor, Republic and SkyWest a specific geographic focus.

SkyWest chief executive Chip Childs says the shift will enable his carrier to better support aircraft maintenance, noting most of SkyWest’s maintenance bases are in the western USA.

“We get a little bit exposed on the far East Coast,” Childs says.

Minneapolis-based Endeavor, which operates flights for Delta from cities such as Atlanta, Detroit, Minneapolis and New York, will retain its focus east of the Mississippi River. Endeavor also expects to expand in Detroit, Cincinnati and Raleigh, it says.

Republic, based in Indianapolis, will continue to focus on the Northeast USA, including major cities like New York and Boston, Republic says.

“They are just simplifying their operations. It makes a lot more sense to deal with three than deal with five,” says Michael Boyd from consultancy Boyd Group. “It’s just a natural process they are going through.”

Delta plans to shift aircraft operated by Compass and GoJet to the other carriers – a move possible because Delta owns most of the aircraft those airlines operate, Cirium data shows.

Delta is not alone – in recent years the three majors have taken greater ownership of their regional fleets, allowing them more authority over those operations, Boyd notes.

American, Delta and United own 42% of the regional aircraft feeding their fleets, Cirium data shows. Many US regionals own none of the aircraft they operate, while others operate a mix of leased and owned aircraft.

By comparison, 10 years ago major airlines owned only 8.5% of their feeder fleets, Cirium data shows.

“The majority of new airplanes aren’t purchased by SkyWest or by Mesa, they are purchased by the major airlines, so they can control it,” says Boyd. “There’s no such thing as a regional airline anymore.”

Delta has not disclosed exactly how it will allocate the jets, but its partners have given clues.

Republic, which already flies nearly 40 E-Jets for Delta, confirms it will take 30 of Compass’s E175s, bringing to roughly 70 the number of Republic’s aircraft flying for Delta.

To accommodate that expansion, Republic plans in December to open a crew and maintenance base in Boston and a crew base in Louisville. The Boston base will support Delta’s operation, though the Louisville base will support Republic’s broader network with other US majors, it says.

Those 20 additional aircraft will bring Endeavor’s fleet to 176 aircraft and lead the airline to open a new maintenance base in Raleigh-Durham, it says.

How Compass and GoJet will fare after losing Delta’s business remains unknown. Those airlines did not respond to multiple requests for comment.

But both have other partnerships on which they rely. Compass operates 20 E175s for American and GoJet flies 18 CRJ700s for United, Cirium data shows.

GoJet is also growing with United, having announced plans to expand its United fleet to 50 CRJ550s by the end of 2020. Those aircraft are CRJ700s modified to carry only 50 seats and will replace old 50-seaters.

But the trend toward US regional airline consolidation is undeniable.

Decades ago, many US regionals operated independently in distinct US regions. And though they fed major carriers at hubs, many sold their own tickets and had separate brands.

In the 41 years since US airline deregulation, the number of regionals dwindled amid bankruptcies, shutdowns and mergers. With exceptions like Cape Air and Silver Airways, survivors align themselves tightly with network carriers, adopting their partners’ branding and service standards. Instead of selling tickets, most regionals now sell bulk capacity to majors, which resell the seats.

Boyd sees Delta’s move as another shift towards fewer regional affiliates, and he is not surprised Delta stuck with the largest of its five partners.

“It’s the big guys that are going to be the ones left”, he says. “You just don’t need that many suppliers.”